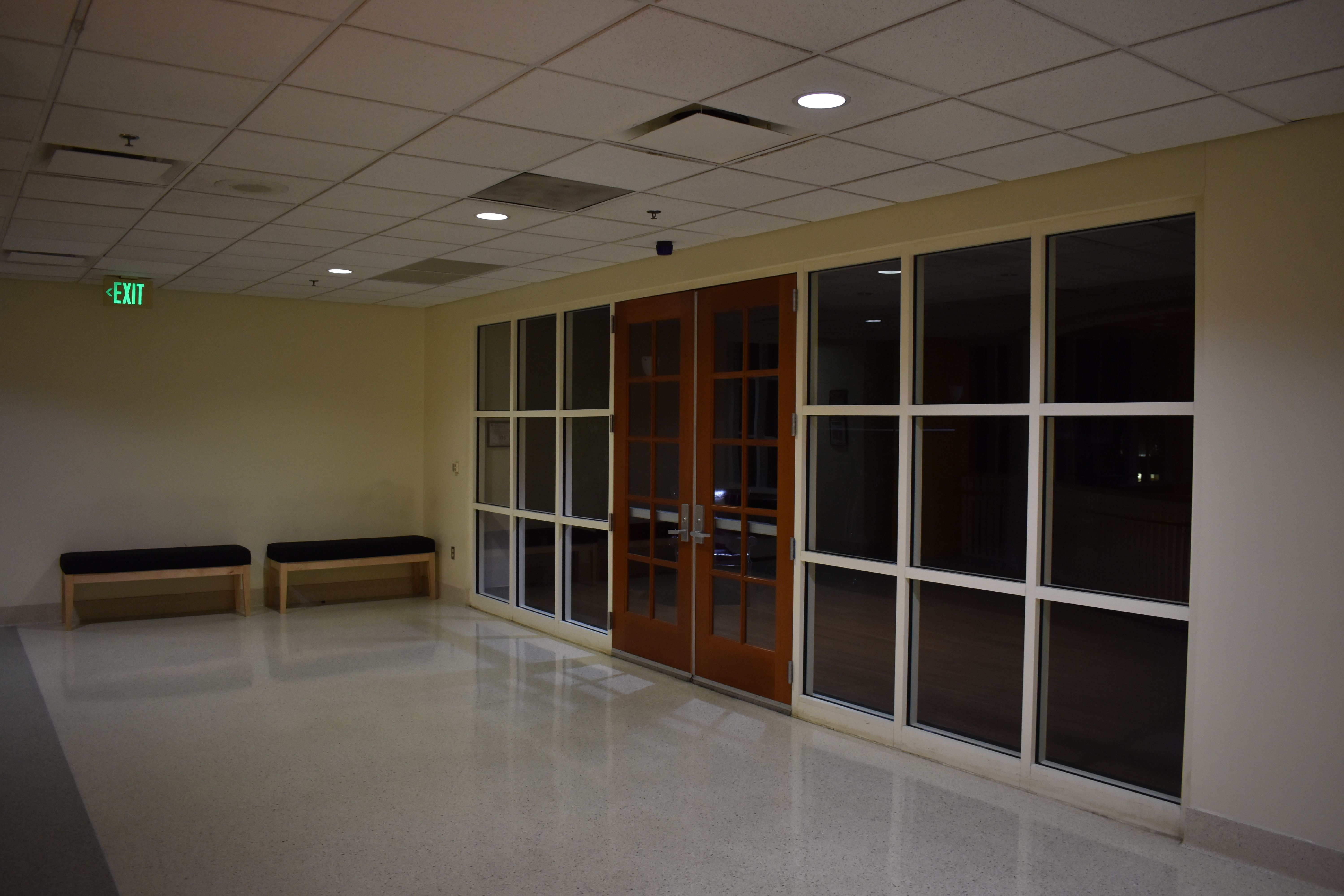 Adele's, a restaurant in the Stamp Student Union that closed last semester. (Liam Harrington/For The Diamondback)

Stamp Student Union aims to open a new restaurant by August to replace Adele’s, which closed at the end of last semester.

The new establishment will likely be a fast-casual restaurant, said Stamp director Marsha Guenzler-Stevens. Stamp is considering both national chains and local Washington, D.C. and Baltimore eateries, but Guenzler-Stevens declined to give specific examples due to the search’s early stage.

“What we’re looking for is what’s the best sort of option, as it fits together with people’s dreams about what they can get to eat there, and how that complements what’s in the food court or elsewhere on campus,” she said.

Stamp is developing a interest request form for potential vendors that may lease the space. It hopes to distribute the form by late January, Guenzler-Stevens said.

The building hopes to have a vendor by early March and open the restaurant at the start of the next academic year. But before construction begins, it needs approval from university officials — including Facilities Management and the university fire marshal.

Gabriel Aborisade, a junior environmental science and technology major, said he’d like to see a new Chipotle open in the space. While he’d never been to Adele’s, he said that he had heard of it from upperclassmen, who would frequent it when they had the ability to use Terp Bucks there on the old dining plans.

“I just love Chipotle, and the fact that I have to go over there across campus, it’s not very convenient,” Aborisade said.

Whether the new restaurant will accept Dining Dollars is still undetermined, Guenzler-Stevens said. Currently, the only restaurants in Stamp that accept them are those operated by Dining Services, including Auntie Anne’s, Taco Bell, Chick-fil-A, Sbarro and Subway. Meanwhile, restaurants run by private vendors, such as Moby Dick and Panda Express, do not.

“That’s a negotiated point that we’d have to do with Dining Services, because right now, you can use Dining Dollars, small as they are, in [Dining Services]-run establishments,” Guenzler-Stevens said

These negotiations could take place at a meeting between Stamp and Dining Services set for spring 2019, where they’ll discuss the terms of their 10-year agreement, including partnership expectations and management of existing food establishments and facilities.

MacKenzie Phelan, a freshman enrolled in letters and sciences, has an Anytime Dining plan and eats in Stamp a few times a week. While she and her friends enjoy restaurants like SaladWorks, they usually settle for Chick-fil-A or other Stamp restaurants that accept Dining Dollars.

Phelan would like to see a diner-style restaurant open up in place of Adele’s and would be more likely to eat there if it accepts Dining Dollars. She’s a fan of the Silver Diner in Greenbelt, but it’s not very close to the campus.

“We always have to Uber there, and it’s expensive and it takes a while, but we love the diner so we go every few weeks,” she said. “If there were a diner here, that would be great.”

Guenzler-Stevens said Stamp is taking multiple inputs into consideration, including student requests for a different restaurant aesthetic and faculty interests for a suitable place to interview potential job candidates or meet with colleagues in a quieter setting. While the restaurant may feature counter service, she said that Stamp would also like to create a closed-off quiet space.

Julia Smith, a freshman dance major, was interested in a quieter spot in Stamp, which could provide a place for students to study.