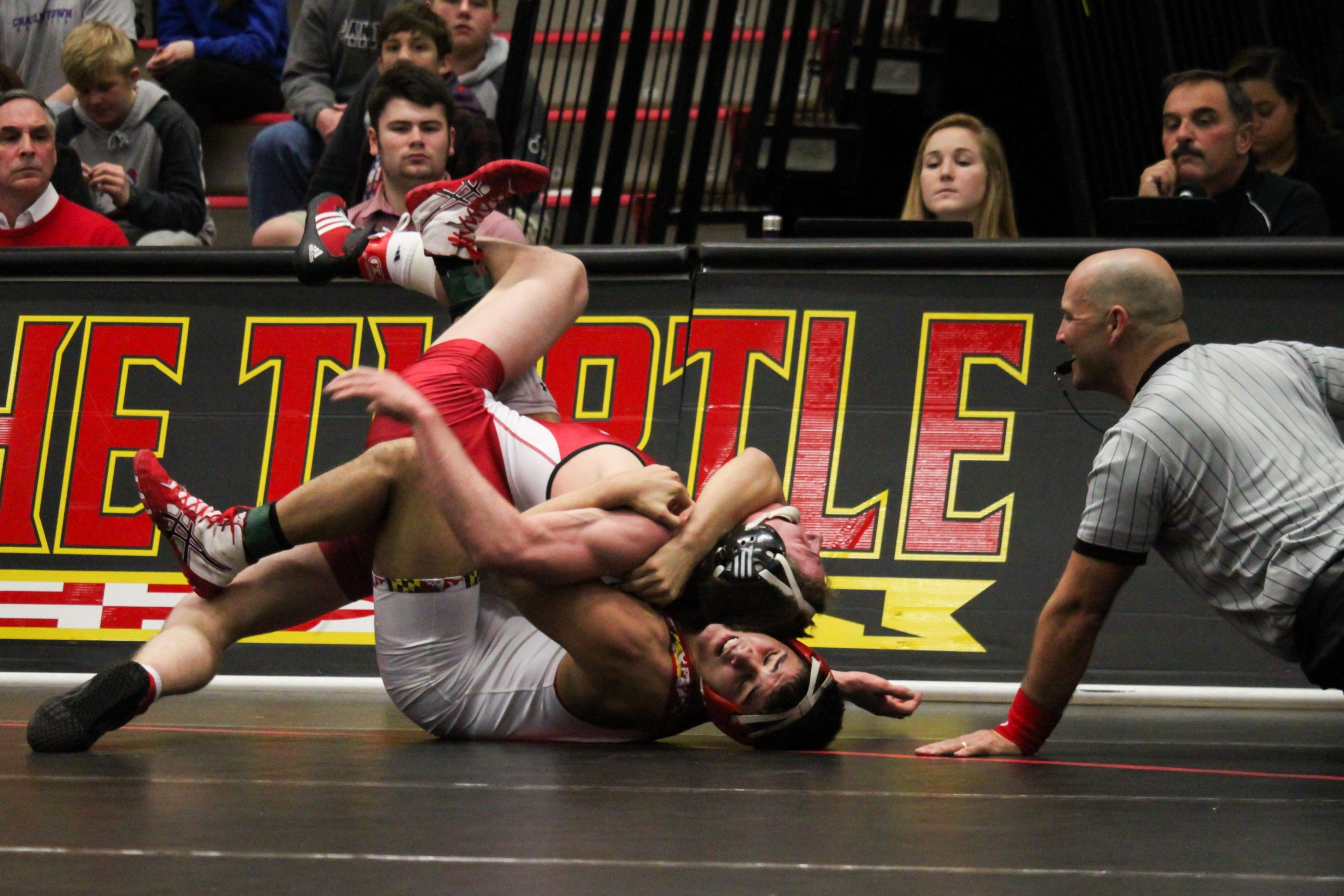 Weight class 165 Josh Ugalde flips over his opponent for back points during Maryland’s 19-22 loss to Indiana at Xfinity Pavillion on Feb. 3, 2017. (Reid Poluhovich/The Diamondback)

Entering its dual meet against Central Michigan, Maryland wrestling had struggled to find consistency this season.

Without Youssif Hemida and Ryan Diehl for the third straight dual meet, and now without Alfred Bannister — all three of whom qualified for last year’s NCAA tournament — the Terps struggled against the Chippewas. Bannister was rested while Hemida competed at the U23 World Championships in Romania last month, finishing with a silver medal. Meanwhile, Diehl is recovering from injury.

Even with their best effort this season and with several Maryland wrestlers picking up their first dual wins of the year, the Terps fell to Central Michigan, 26-9.

“The effort is the number one thing,” coach Kerry McCoy said. “The effort was big today.”

Not only was the effort there, but the team responded to McCoy’s request for more noise from the bench, he said.

“We got on them a little bit,” McCoy said. “They just have to make up their minds collectively as a team that this is what we want to do and how we want to do it. I think today showed that we’re moving in the right direction.”

The most intriguing match of the afternoon was at 157 pounds, which saw Jahi Jones battle Central Michigan’s Logan Parks. With the score tied at four late in the second period, Jones managed to reverse a takedown of Parks and turn it into a takedown of his own.

After Parks battled back to tie it in the third, the two competitors went to overtime. In the extra session, Jones again managed to flip a takedown attempt by Parks into a match-ending takedown for himself, securing an 8-6 victory.

Jones, who did not wrestle against Navy last Friday, credits his win to preparation in practice.

“Something that we’ve been working on with coach McCoy is just letting it fly,” Jones said. “Just not caring if you give up points and even if you do give up points, just get up and keep going and keep wrestling.”

Jones could also hear his teammates and the crowd cheering him on and felt that it propelled him to the win.

“Everybody for every match, we’re all in for each other,” Jones said.

Freshman Orion Anderson picked up the first dual win of his Maryland career with a strong performance Sunday. The 133-pounder threw Central Michigan’s Brock Bergelin to his back and nearly pinned him in the first period. Anderson carried that momentum throughout the high-scoring contest before ultimately winning, 10-8.

“It’s just a confidence booster for me,” Anderson said. “The beginning of the year was kind of rough, but I’ve just got to go out and attack and be who I was in high school and have that carry over.”

But after cutting the deficit to 11-9, Maryland dropped its final four matches.

Maryland’s Kyle Jasenski entered the dual as the only Terps wrestler undefeated in dual matches this season, but he found himself in a tight, physical contest against Central Michigan’s Jordan Atienza.

Through two periods, Jasenski was trailing 2-0, and Atienza picked up the scoring in the third to win, 5-0.

The Terps know that they aren’t a complete team without their three returning NCAA qualifiers in Hemida, Diehl and Bannister, as the results have shown. And though it’s unclear what the timetable is for Hemida and Diehl’s return, their teammates know their return will give a significant boost.

“They’re very important, and having them out right now kind of sucks,” Jones said. “But they’re going to be back.” 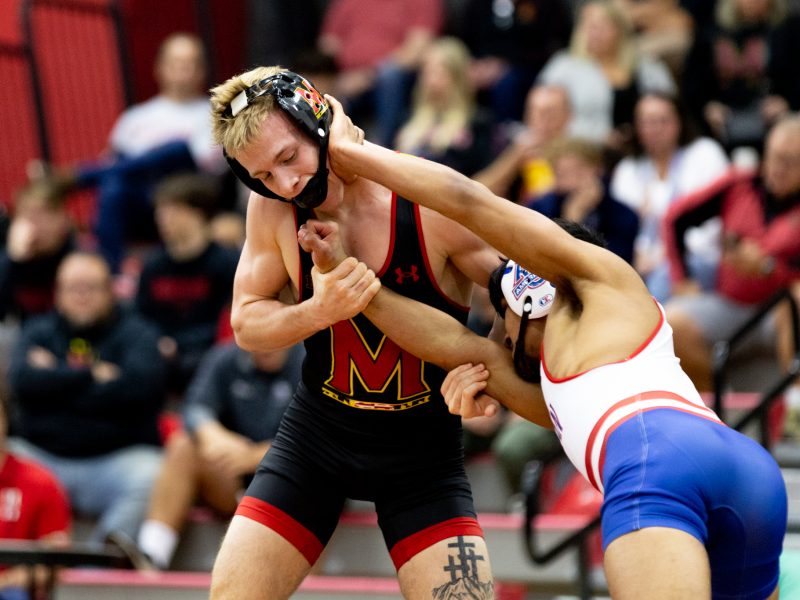