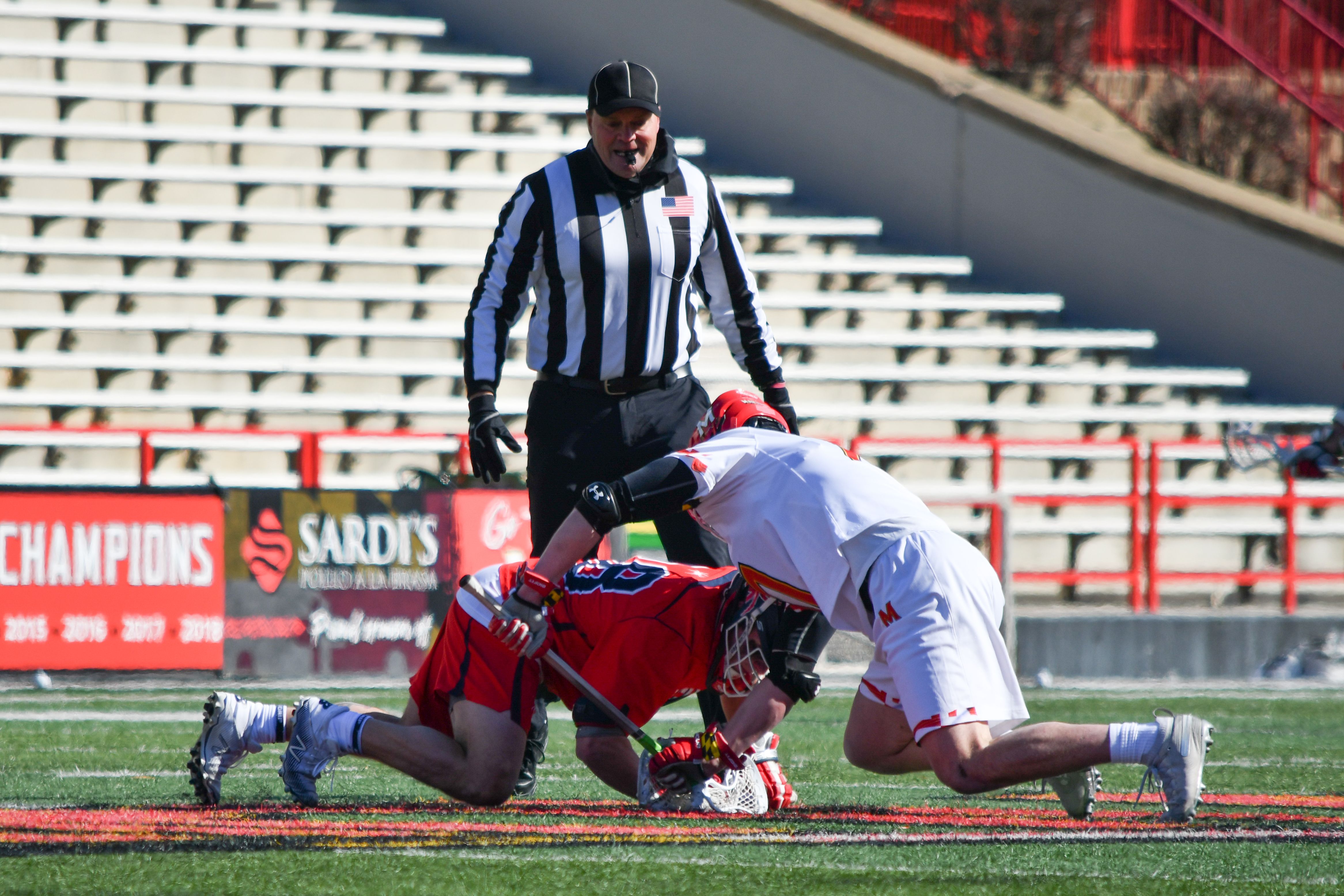 Maryland men’s lacrosse face-off man Austin Henningsen was named the Big Ten Specialist of the Week on Thursday, after winning all 15 of his face-off attempts in the Terps’ 10-9 win over Richmond.

Henningsen took all 13 of Maryland’s faceoffs in the first half before fellow specialist Justin Shockey assumed that responsibility in the second half, with coach John Tillman and the rest of his staff trying to ensure both players are ready when called upon.

Shockey won 5-of-8 attempts in the second half, but when the Spiders’ comeback attempt made the game close in the fourth quarter, the No. 3 Terps went back to Henningsen to seal the victory, which he did with two late wins at the faceoff X.

“It’s amazing to have the flow and the rhythm coming from Austin,” midfielder Bubba Fairman said. “Once we get the possessions, we see their defense. We get all this extra time just to see how the defense is rolling, how they’re sliding, and then recovering and everything. So it really helps us out, especially later in the game.”

It’s the third time in the Henningsen’s career that he’s earned the conference specialist of the week honor.

The Northport, New York, native garnered the award on March 22, 2016 — during a season where he also set the program’s record for faceoffs wins by a freshman — after winning 16-of-20 draws against No. 10 Albany. His second win came on Feb. 21, 2017 after going a combined 31-for-41 on faceoffs against Saint Joseph’s and High Point.