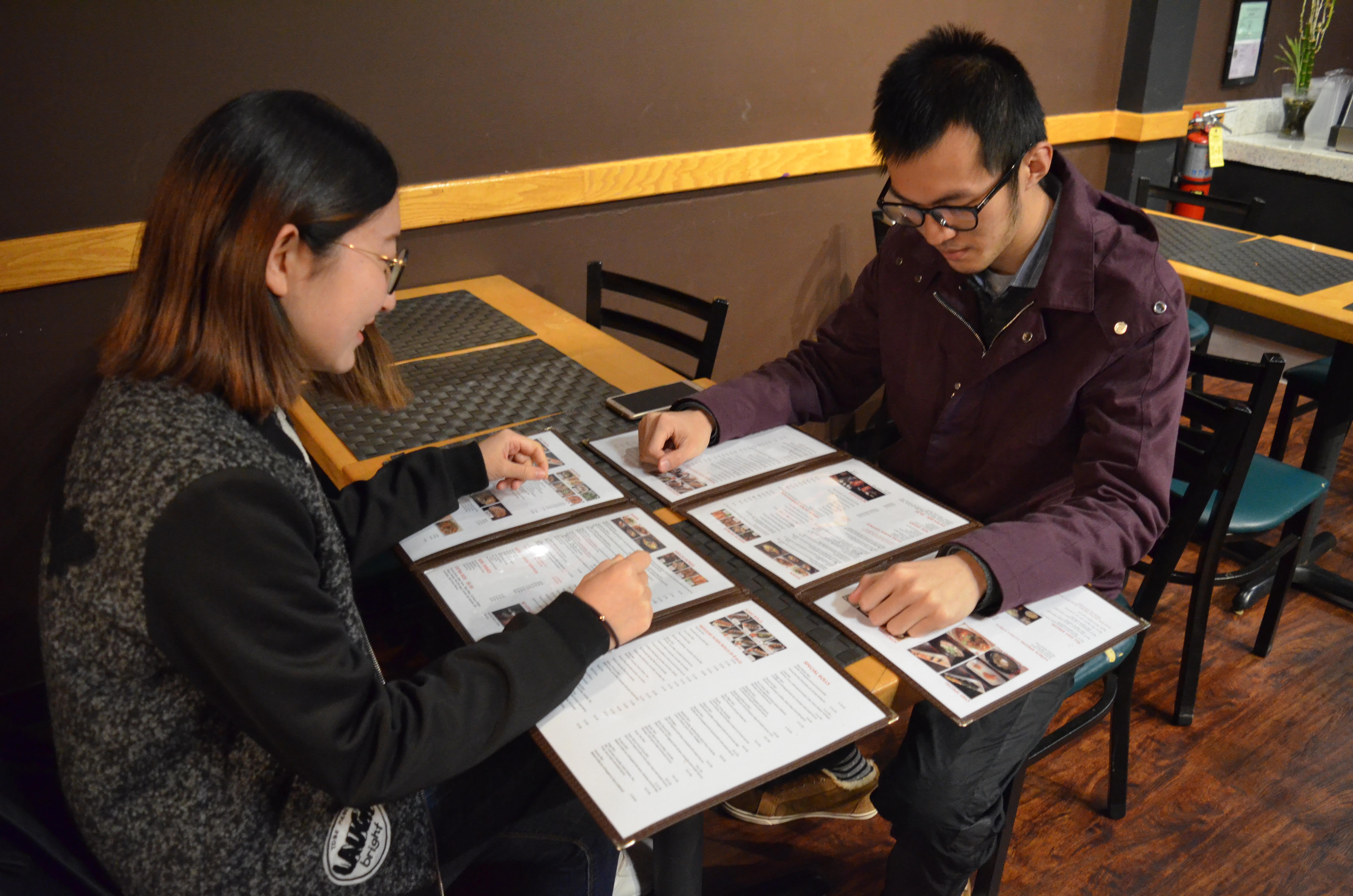 This article is part of The Diamondback’s annual sex guide. Read the rest here.

At the end of a first date, the minds of most potential college couples are clouded with the same uncomfortable question: Who’s paying?

University of Maryland students hold differing opinions on how, or if, the cost of dating should be divided. Susana Sosa, a sophomore criminology and criminal justice major, said she holds the traditional view that men should offer to pay for the first date.

Her friend Haley-jo Fidlow, a sophomore enrolled in letters and sciences, agreed.

“If a girl doesn’t go for it like right away, the guy will,” Fidlow said.

“He’ll get the message,” Sosa added.

Benjamin Nwokeleme, a junior information science major, said he doesn’t mind being left with the bill. Instead, Nwokeleme usually expects to pay out of courtesy, saying it’s “just out of who I am.”

“Just out of what I’ve done in the past and who I am, I usually just pay for it,” Nwokeleme said.

But Aryeh Roberts, a freshman philosophy major, said splitting the bill on the first date is a necessary evil. While he said asking for separate checks is a fair way to conclude a meal, Roberts added it becomes an awkward formality in committed relationships.

Instead, Roberts suggested couples should take turns paying for one another.

“First dates should be split, but if you know you’re going to go on another date, I think it’s important that one person pays for it,” Roberts said. “It creates the sense that ‘we’re together in this.'”

For Matthew Rogers, a senior government and politics major, the second date is when he would really splurge. On a first date, Rogers said he would go to the Dairy on a first date, but go to a more upscale restaurant for the next outing.

“I probably wouldn’t go to a restaurant just along Route 1 closer to the bars,” Rogers said. “I’d think of like Busboys and Poets or a restaurant a little further out.”

Rogers said the most he would spend on a first date is $60, but is open to the idea of separate checks.

“Because a lot of people are used to having it one way or another, I would offer to pay the whole bill,” Rogers said. “If they said, ‘Nah, it’s OK,’ then I’d take them for their word and say ‘a split seems fair.'”

Some students prefer to avoid a dinner check entirely. Rather than a traditional dinner date, freshman computer science major Fiona Dolan said she and her boyfriend went to McKeldin Library for their first date.

“We just watched Bob Ross and did a little paint-along thing,” she said. “It was great.”

Dolan also cited other inexpensive dates, adding she and her boyfriend toured free museums in Washington, D.C., on their second date. On most dates, Dolan said she splits it with her significant other, though she has encountered men who insist on paying.

“Sometimes it’s just the way they were raised and they feel like that’s the way it should be,” Dolan said. “It’s not necessarily coming from a place of misogyny,” she said.