Testudo is running for president 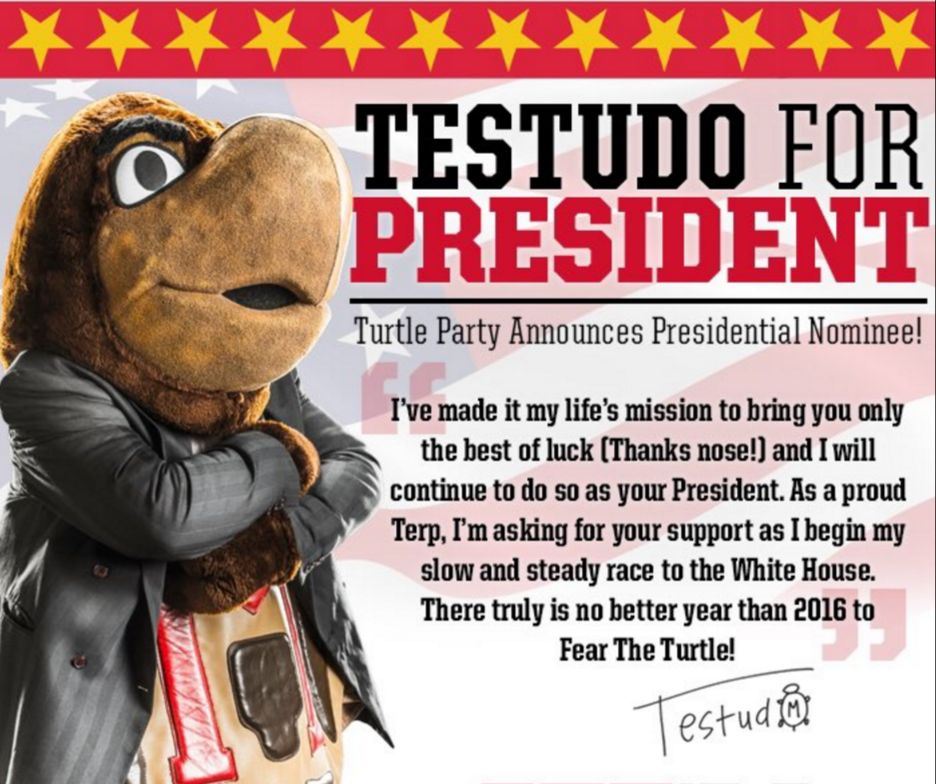 The University of Maryland’s very own Testudo, in a somewhat surprising move, has announced he’s running for President of the United States.

His mission statement, per his campaign website, reads as follows: “I’ve made it my life’s mission to bring you only the best of luck (Thanks nose!) and I will continue to do so as your President. As a proud Terp, I’m asking for your support as I begin my slow and steady race to the White House. There truly is no better year than 2016 to Fear The Turtle!”

“Fear The Turtle” probably isn’t the best slogan (it’s the worst), but whatever. 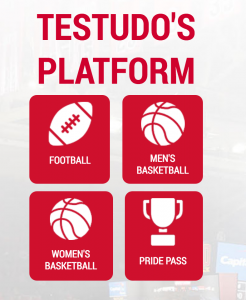 Testudo isn’t afraid to address the real issues in this country. 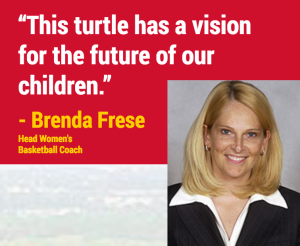 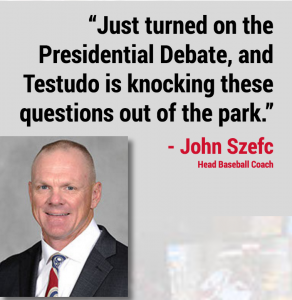 If you missed the debate Szefc is talking about, here’s a quick rundown of how it went:

MODERATOR: “Testudo, what is your stance on illegal immigration?”

Should you vote for Testudo?

Yes, no, maybe, who knows? Don’t let me tell you what to do. To make your decision easier, though, here are some simple pros and cons:

Reasons to vote for Testudo

-He knows how to have a good time.

-He would be the first turtle president.

Reasons not to vote for Testudo

-He doesn’t know how to speak.

-He has no political experience. 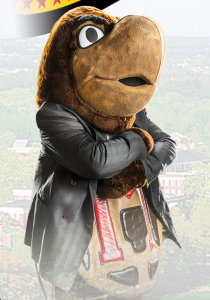