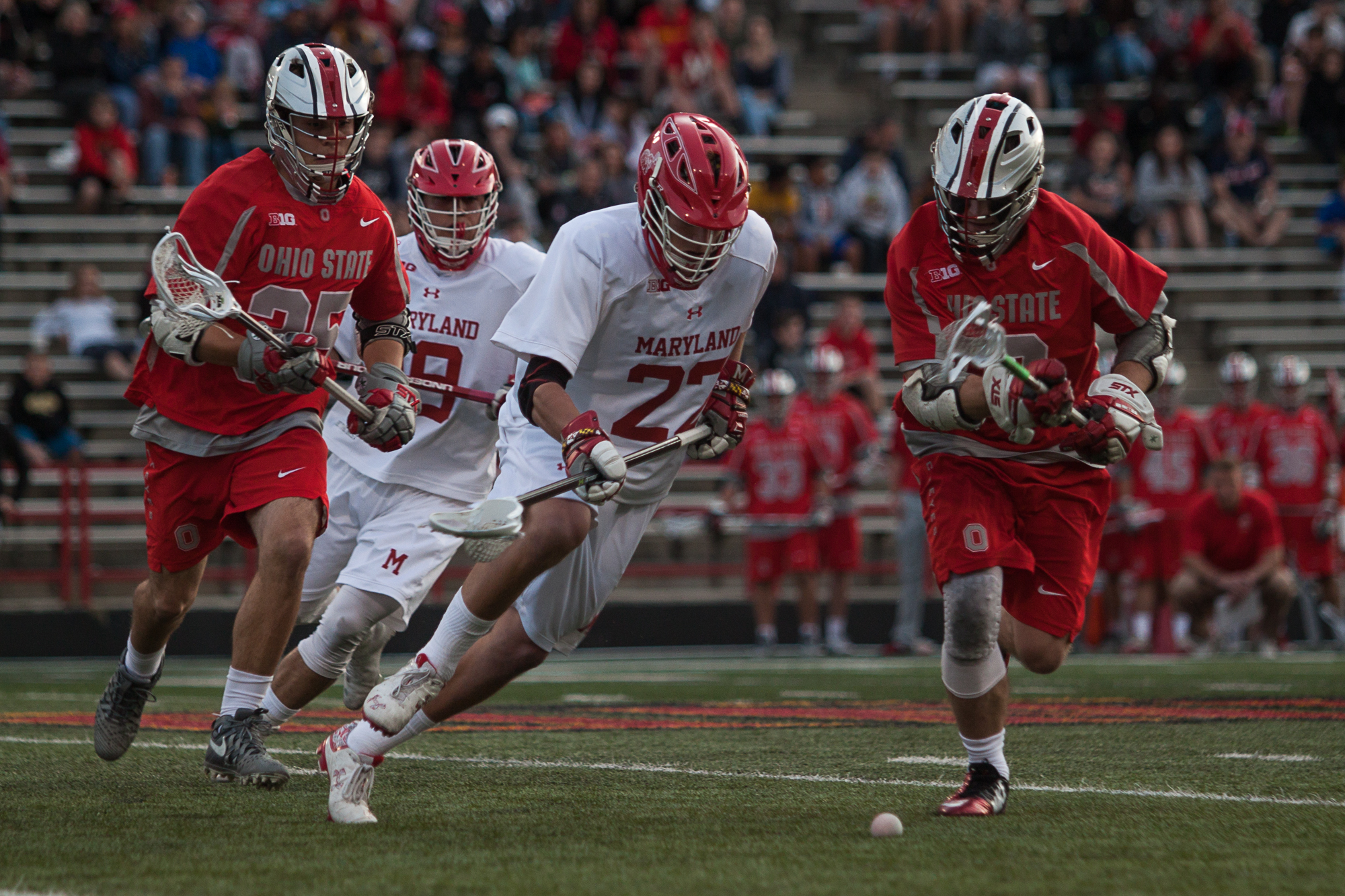 In the fall of 2014, former Maryland men’s lacrosse midfielder Charlie Raffa told the teammates he lived with that his friend, Greg Danseglio, might move in with them.

Raffa didn’t say when and didn’t know whether the stay would be permanent or temporary. He just knew Danseglio, who had recently left the Virginia men’s lacrosse program, was coming to College Park.

Later that week, midfielder Bryan Cole looked out the window of the players’ house and saw a U-Haul truck. Danseglio stood next to it.

“He just gave us a wave,” Cole said, “and started moving his stuff in.”

The defender’s arrival as a member of the Terps program, though, was quieter, as he redshirted in 2015 after transferring from the Cavaliers. But in his first and only season on the field in a Terps uniform, Danseglio has become a stalwart on faceoff and defensive sets, leading the team in ground balls.

“I’m not sure where we would be without him,” coach John Tillman said. “He’s just been just a great factor for us this year.”

Danseglio had visited Raffa in the past, so his future roommates met him before he moved in two falls ago. Danseglio went to St. Anthony’s High School, where he was teammates with Raffa and former midfielder Joe LoCascio, who also lived in the house last year.

So when Danseglio left Virginia’s program after the 2014 season, the defender wanted to be around two of the players with whom he had won back-to-back New York Catholic High School Association championships.

“They kind of just made the transition very easy,” Danseglio said. “All the guys on the team were welcoming.”

But he didn’t receive a hardship waiver upon leaving Virginia, so Danseglio couldn’t suit up on game days in his first spring at Maryland.

Instead, the Islip Terrace, New York, native helped run the scout defense in practice. Danseglio served as a three-year contributor for the Cavaliers, finishing his junior season with 54 ground balls and three assists, so Tillman valued the defender’s input and experience in game-planning sessions.

During games, Danseglio helped manage the substitution box, counting and tracking players on each side to ensure the Terps had a proper rotation on and off the field.

After Maryland took a 2-1 lead late in the first quarter, the Blue Jays transitioned to offense with seven players in the attacking third. Danseglio saw the numbering was off. He counted. Then he counted again.

Leaping up and down the sideline, he screamed at the referee to notice the infraction.

The Blue Jays player dropped the ball when the official sounded his whistle, and Tillman’s squad took advantage of the turnover. Catching Johns Hopkins’ defense off balance, the Terps found attackman Matt Rambo for a goal.

“That was a really big boost for us,” Danseglio said with a laugh. “Just trying to help my teammates win on game day.”

On Saturday afternoon, the Terps will again face the Blue Jays, this time with a chance to clinch an undefeated Big Ten slate and a regular-season conference championship.

But unlike last year, Danseglio will be in uniform.

He’ll take to the turf at Homewood Field for the first time with a chance to build on a season in which he’s caused a career-high 12 turnovers. Plus, the redshirt senior is on pace to set a personal best in fielding ground balls. He’s collected a team-high 49 through 13 games.

“He does a great job of when he picks up a tough ground ball, navigating through traffic,” Tillman said. “When you’ve got guys flying at you, to be able to have the poise to find the open man and get it to him is tricky.”

Cole attributed that calm demeanor to Danseglio’s natural confidence. Despite being new to the program, Danseglio didn’t hesitate to help the younger players adjust to the team and to the college game. Tillman also lauded the defender for his excellent communication skills while playing on and off opponents’ ball handlers.

“He’s, I think, the top long-stick defender in the country, and I believe everyone on our team does, too,” Cole said. “Playing confident, using his skill set, knowing what he’s good at, and just playing to his abilities has shown everybody that he’s a tremendous player.”