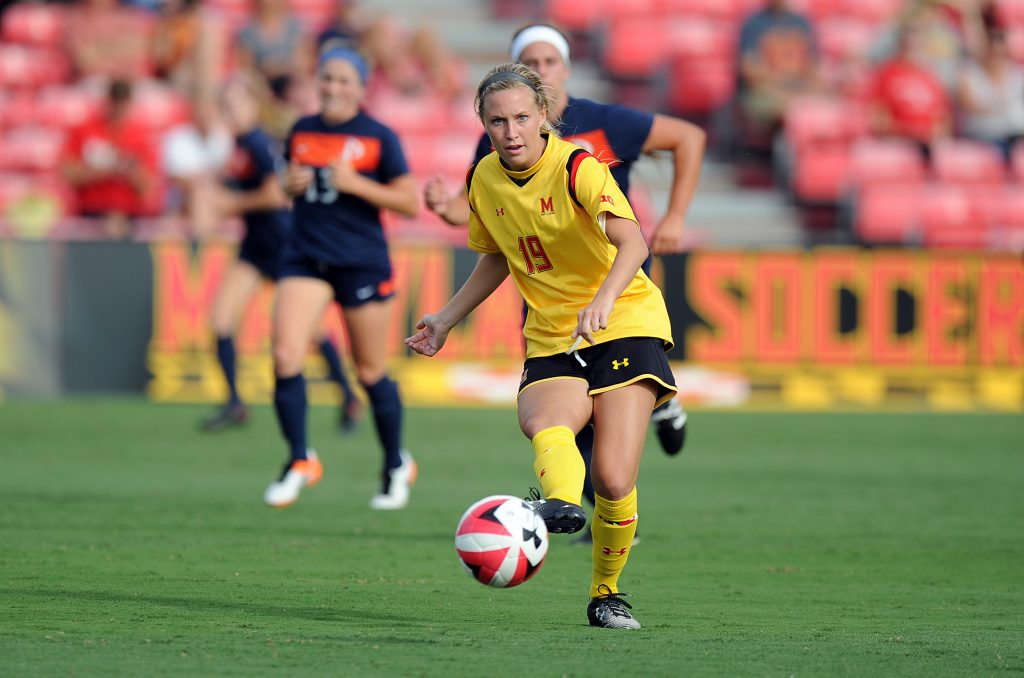 From her position in net, Maryland women’s soccer goalkeeper Rachel Egyed sees the whole field. So far this season, one of her biggest takeaways is better on-field chemistry.

For a roster with 14 true freshmen, that might come as a surprise.

The Terps’ squad grew from 20 players last season to 33 this year. But early on, the fusion of newcomers and returnees has been almost seamless.

“It’s just great to see how well everyone works together,” Egyed said following the Terps’ 3-0 victory over Navy on Aug. 20. “How they can just figure it out in the run of play after a couple weeks together.”

The Terps, at 3-0-1, have already equaled last season’s win total. The influx of fresh faces in second-year coach Ray Leone’s rebuild has powered them to their best start through four games since 2013.

Not only has the roster grown, many newcomers are contributing. Maryland scored eight goals, four of which were delivered by two freshmen — forward Mikayla Dayes and midfielder Hope Lewandoski.

“A goal is a goal,” Jackson said after the Navy win. “It doesn’t matter if you’re a freshman or a fifth-year senior, we have it all. We want to win and it doesn’t matter who scores.”

The onus has fallen on the likes of Jackson, senior captain Hope Gouterman and others to nurture the new players, and they have responded. After the team’s first two games, Leone spoke glowingly about how its leaders have assisted the rookies.

Gouterman believes everyone is on the same page and the freshmen “want the same thing that we do.” She pointed to the results on the field as proof, and believes the early success can continue.

“I’m really proud of the returning players because they recruited [the freshmen]. They welcomed them on the team,” Leone said. “They know we’re rebuilding the Maryland program, so they’ve embraced these kids, not only in the recruiting but now when they’ve come in together.”

Still, Egyed said the Terps have taken a realistic approach to their growth. After all, Maryland lost its final nine games last year.

So, Gouterman maintained constant improvement — rather than results — is at the heart of the rebuild and at the center of what the Terps are doing this season.

“You have things to look forward to, but the main goal for us is just kind of that next game,” Gouterman said prior to the Terps’ weekend trip to Gardner-Webb and Furman. “We just want to really focus on that next practice, whatever is coming up, whatever we have to do in order to get ourselves prepared.”

The Terps have also referred to a winning attitude as a key component of their development. After scoring the winning goal in the team’s season-opening win over Drexel, Lewandoski described the freshman class’s desire to “create a new culture.”

Gouterman explained the efforts to mix the mindsets of the returning players and the new ones, allowing the Terps to set the standard of what the team should be moving forward.

Remaining unbeaten through four games is a good start.

“To get to feel the kind of energy, kind of momentum building up, it’s huge,” Gouterman said. “It sets a good example for what we want the culture of this team to be.” 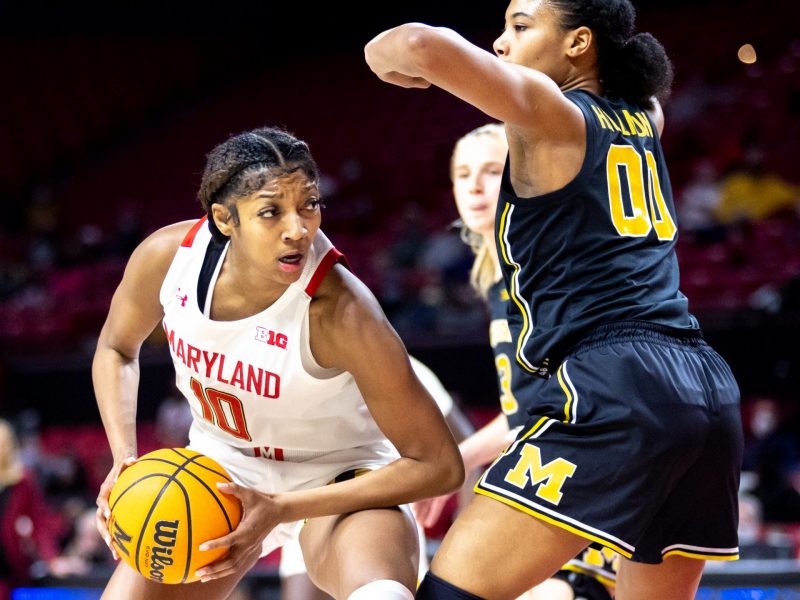