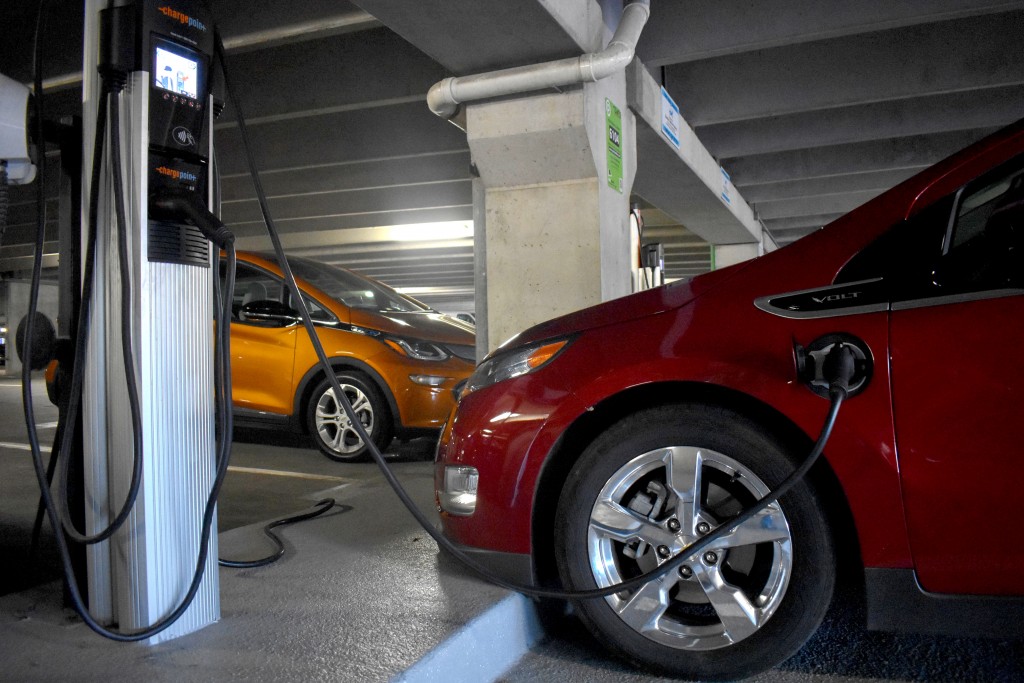 Maryland became the 17th state to join a lawsuit against the Environmental Protection Agency over a proposal to roll back some emissions regulations for cars.

Maryland Attorney General Brian Frosh signed onto the lawsuit Tuesday, led by California officials against the agency and its secretary Scott Pruitt, after it was announced last month that the EPA would seek to end emission requirements of at least 50 miles per gallon for certain vehicles.

Some of the affected vehicles include “light duty” vehicles like SUVs, trucks and minivans for model years 2022 to 2025, but Pruitt did not specify what new limits he would put in place. Cars in the United States currently average about 25 miles per gallon in model year 2016, according to the EPA.

Wojahn is one of 50 mayors across the country to sign the Local Leaders Clean Car Declaration, which called the current standards “both necessary and feasible” and declared, “If the Administration attempts to deny states and cities the basic right to protect their citizens, we will strongly challenge such an effort in court.”

“Municipalities like College Park rely on the federal government as a partner in addressing these challenges,” he wrote. “Absent federal leadership, we all will be dealing with the more severe consequences of climate change for generations to come.”

[Read more: Larry Hogan is the second-most popular governor in the US, a poll shows]

Amelia Avis, the sustainability committee director for this university’s Student Government Association, called the potential rollback “scary” because of the negative environmental impact that lower emissions standards may have on the area.

“This area, in particular, has a lot at stake in this because we have fairly good air quality standards, but the DMV is one of the most congested, crowded places in the eastern seaboard so we have a lot to lose in terms of air quality,” the junior government and politics major said.

“It doesn’t sound like a huge difference,” she added, “but when you have so many trucks polluting a little bit more it really does make a difference in the breathing quality of the air.”

Frosh has joined attorney general and representatives from 17 states — including Delaware, Pennsylvania and Virginia — and the District of Columbia in the lawsuit.

Pruitt called the standards, enacted by former U.S. President Barack Obama in 2012 under the Clean Air Act, “too high.” He said Obama’s decision was “politically charged expediency,” according to an April 2 Washington Post report.

The Clean Air Act created a waiver for California which allows the state to establish stricter standards than the national laws require. 13 states and the District of Columbia have adopted California’s standards.

Avis said that Maryland should continue to follow the more strict California standards because the state has always focused on being more fuel efficient.

“It’s better to have a good milestone standard that you can reach that isn’t going be in flux just because the new administration thinks that it’s too strict,” she said.

After adding his name to the lawsuit, Frosh said in a May 1 press release the current standards “save drivers money at the pump, reduce oil consumption, and curb greenhouse gases.”

“Reversing course in the country’s efforts to reduce air pollution from passenger vehicles endangers the health of our children and our environment,” the press release said. “Weakening these common sense standards undermines successful efforts made by states, including Maryland, to combat greenhouse gas emissions.”

After Pruitt’s April 2 announcement, Gov. Larry Hogan’s secretary of the environment Ben Grumbles — along with representatives of 10 other states — signed a letter citing “deep concern” for the reduced standards.

The Alliance of Automobile Manufacturers — an association of the 12 largest car manufacturers, including General Motors, Ford and Toyota — applauded the EPA “for pursuing a data-driven effort and a single national program as it works to finalize future standards,” according to the Washington Post.

“We appreciate that the administration is working to find a way to both increase fuel economy standards and keep new vehicles affordable to more Americans,” Alliance spokesperson Gloria Bergquist told the Post.

“The impact of this is kind of scary that the federal government would be able to disincentivize states from excelling in terms of climate and air quality standards and I think that is what the states that are suing— including Maryland— are most worried about,” Avis said.