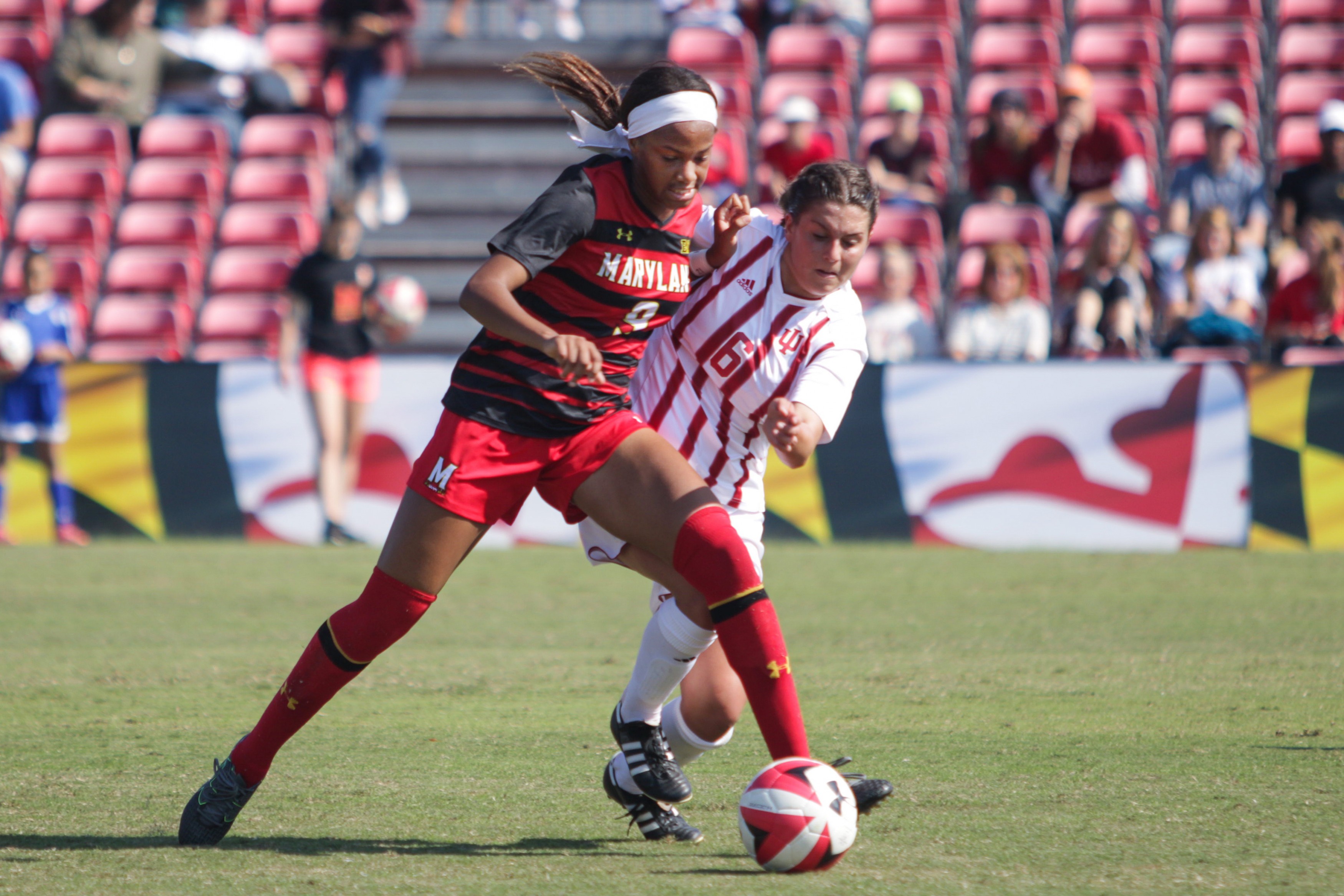 Maryland women’s soccer defender Jlon Flippens placed her hands on her head in disbelief before raising them high and wide. In the 14th minute of the team’s game at Purdue on Wednesday, the official called her for a handball.

With the Terps already down by a goal, Flippens’ reaction summed up the rest of the night for the Terps: frustrating.

In their final match of the season, with a chance to finish at or above .500 for the first time since 2013 with a win or tie, the Terps lost to the Boilermakers, 2-0.

Open at the top of the 18-yard box, Williams received a cross from the left flank, cut past Maryland defender Jenna Surdick and fired a shot low into the bottom right corner, past goalkeeper Rachel Egyed in the 12th minute.

Over the Terps’ winless run of nine-straight games to end the campaign, Wednesday marked the seventh time they allowed their opponent to take the lead in the opening 25 minutes.

The stop made Egyed 2-for-2 on penalty kick saves this season.

Despite Egyed’s efforts to keep, the Terps couldn’t find the equalizer. With under 13 minutes remaining, Williams scored on a breakaway to put the match out of reach.

After going 7-0-1 in non-conference play, the Terps concluded their season winless since Sept. 22, with a scoreless streak totaling over 641 minutes. However, they won four more games than last season.