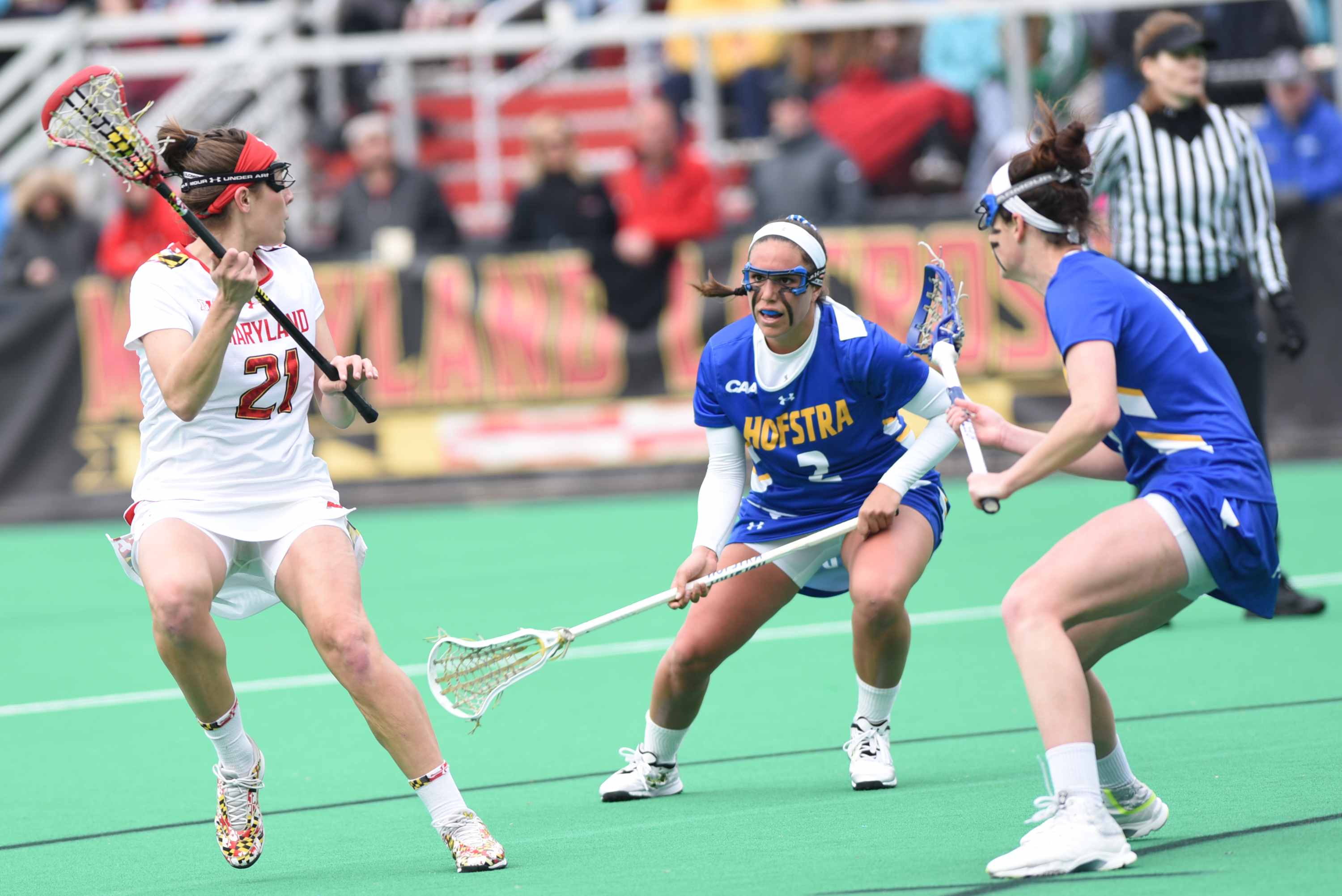 They’ve recorded 65 goals, good for about 16 scores per contest. Last weekend against Hofstra, the No. 1 Terps scored 20 goals for the first time since April 2014.

When the Terps face No. 3 Syracuse at the Carrier Dome on Saturday, they’ll look to continue that trend of offensive success against a stout Orange defense.

“You can’t really simulate exactly what they do, but they’re a very physical team,” coach Cathy Reese said. “We just need to be able to handle the pressure, move the ball and execute.”

Syracuse is allowing an average of 7.6 goals per game, and the Orange (6-1) have only surrendered double-digit goals twice this season.

Plus, Reese said her team is going to be forced to adjust to the Orange’s defensive scheme because it is one the Terps (4-0) have not yet seen this season.

Freshman midfielder Caroline Steele said the physical nature of the game against Hofstra could help the team prepare for Syracuse’s aggressive style of play.

The Pride fouled the Terps 33 times last weekend, and they were able to take advantage of free-position shot opportunities.

“We’re focusing on protecting our stick and running by the defenders,” Steele said. “We’re not going to make it about [Syracuse]. It’s more about us.”

The Terps have faced Syracuse in the past, though, as both teams played in the ACC. Reese’s team battled the Orange twice last season, its first in the Big Ten.

After opening the season with four consecutive wins, the Terps topped Syracuse, 10-7, in early March. The teams met again in the NCAA Tournament, and the Terps won that contest, 10-8.

“We’re often pitted against each other, but we play completely different,” Cummings said of the matchup with Treanor. “She’s done really well in the circle for them. It will be a good test to see if our circle people and our 30 people get off and kind of make it a 50/50 ball.”

The Orange have had a notable amount of success in the circle this season, winning the draw-control battle 112-53. They are susceptible to turning the ball over, however, causing 63 turnovers while allowing their opponents to force 59.

Despite Syracuse’s offensive threats, the Terps don’t plan on changing much. Freshman goalkeeper Megan Taylor has thrived in the starting role and played particularly well in the first half against North Carolina, only allowing one goal.

Reese said she is excited to see how Taylor performs against the Orange offense.

“She’s a stud and she can come up with big saves,” Reese said. “She doesn’t overthink things, and I do think she’s going to have a great game.”

After graduating 11 players, the Terps have turned to several young faces for production. Cummings said they might be forced to adjust early against the Orange, but she said the Terps don’t plan to change much offensively.

“Veterans know what’s coming at them,” Cummings said. “I think it’s going to be a little different for freshman, sophomores and juniors who haven’t played against that pressure.”