Review: ‘The Best of Enemies’ details how a black civil rights activist and a KKK member became friends 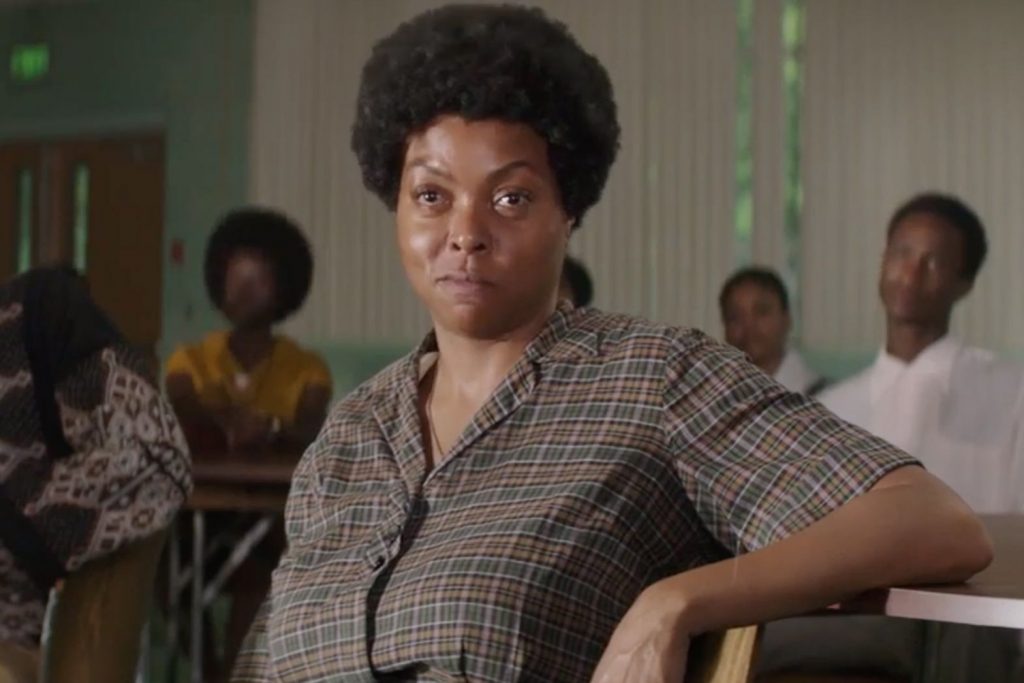 The powerhouse acting chops of both Taraji P. Henson and Sam Rockwell meld together effortlessly to ignite a strong chemistry between the two in The Best of Enemies. This on-screen connection creates a film so monumental, and unbelievable, you almost forget it’s based on a true story.

Enemies follows the tale of Ann Atwater (Henson), a civil rights activist in Durham, North Carolina, during the 1970s as she works with charm and determination to vouch for school integration. She is met with adversity in the shape of C.P. Ellis, a leader of the Durham chapter of the Ku Klux Klan, portrayed by Rockwell.

“Movies like this are certainly a mirror to society to let us know, ‘you don’t look so good right now,’” Henson told The Diamondback.

When the local black elementary school is severely damaged by a fire, the students were forced to continue learning in the damaged building, rather than be bussed to the local white school. Hope seems lost in a town overwhelmingly dominated by the power and fear of the KKK.

But a man named Bill Riddick (Babou Ceesay) organizes a meeting for Durham citizens to voice their opinions on the issue of segregated schools and come to a decision. When Riddick chooses Atwater and Ellis as the chairpersons of the event, the film’s narrative of an unlikely friendship fully begins.

Henson and Rockwell were first introduced years ago by Rockwell’s partner Leslie Bibb, after she worked with Henson on the 2014 film No Good Deed.

“They were both so excited they were going to work together,” said producer Dominique Telson. She noted that Rockwell had hoped for a rom-com, but he accepted the role so he could work with Henson.

Henson’s acting soars in this role — her emotion and conviction fully command the screen and captivate the viewer. Whether she’s bickering with Rockwell’s character or sobbing alone in her home, Henson embodies the spitfire spirit of Atwater.

Her transformation to Atwater was very deliberate, especially with her physical appearance. Henson noted that somebody involved with the film contacted Tyler Perry to inquire about the prosthetic boobs for his well-known character, Madea.

“I was like, ‘this suit needs to effect the way I walk,’” Henson said. “‘I can’t look like I’m walking like Taraji. I really have to walk differently, move differently.’”

Rockwell’s character is a tad more complex, as he goes through more of an ethical, moral transformation. However, Rockwell manages to precisely wield Ellis’ mannerisms to progressively edge closer to his final form, peeling away to find layers of compassion within Ellis that were not initially obvious.

The only misstep for Enemies was the clunky writing at some parts, more so at the beginning before the narrative is fully developed. Some bits of dialogue sound rather cliche, as if they could’ve been lifted from any other period piece and inserted into the script.

But director Robin Bissell distracts from that with technical directions that make the film realistic. One of the most interesting, well-made choices was in depicting the KKK: Rather than showing overdone scenes of the group terrorizing a black family’s home or something of the sort, klansmen are often shown bullying or harassing other white citizens of Durham who sympathize with black people.

Themes of hope are evident throughout the film, as Telson noted.

“I have three daughters, and I hope they can be inspired by someone like Ann Atwater,” she said. “You can have an effect on the world and change the world if you really go out there and give it a shot, and I think Ann did that.”

While Enemies is not a perfect film, the tale is so compelling and intriguing that you wonder why this story isn’t written in history books. The significance of Atwater and Ellis’ friendship is timeless.

“Forty-eight years later, not a lot has changed,” Bissell said. “We thought it did, or white people hoped it did … it’s not better. And so every once in a while, you need some water splashed on your face.”