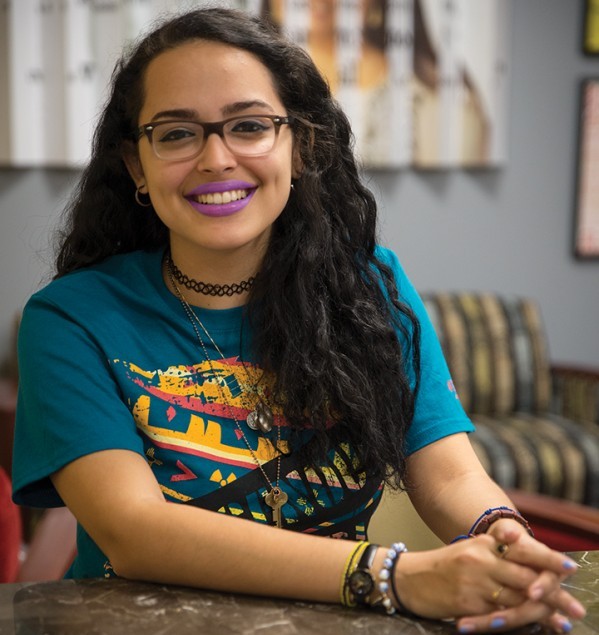 Two University of Maryland students are gathering student input on creating an indigenous studies minor, after years of advocates pushing to establish the program on campus.

Junior economics major Jane Lyons and American Indian Student Union president Karla Casique launched an online survey last week to assess how many students would be interested in a minor or certificate program in indigenous studies.

As of Feb. 28, 39 students or alumni had filled out the survey to support the minor, which, under the students’ proposal, would consist of 15 to 20 credits across several departments, including anthropology and American Studies, said Casique, a junior journalism major.

“It’s small, but we have shared it,” she said, adding the survey has received positive feedback.

A university department chair must submit a proposal for a new minor to administration. The University Senate and the provost approve proposals for new academic minors.

In November, ProtectUMD, a coalition of 25 campus student groups, included the establishment of an indigenous studies minor in its 64 demands submitted to university administration to better serve marginalized student populations.

Janet Chernela, an anthropology professor, said the anthropology department offers four courses focusing on indigenous studies, including a class that travels to the Amazon basin. Chernela said former and current students and faculty have been advocating for the minor for nearly 10 years, but many people on campus weren’t aware of it.

“Sometimes it’s really frustrating to hear that people didn’t know that this has been in movement for a while,” Casique said. “The indigenous community here at UMD has been really not visible at all for a while.”

“That’s why I’m really persistent on getting [the minor] out there,” she said.

The SGA on Feb. 8 passed a resolution urging university administration to recognize Christopher Columbus Day as Indigenous Peoples Day. More than 30 students, including members of the AISU, attended the meeting to testify and show their support for the measure. The Graduate Student Government passed a similar resolution in November.

Jim Maffie, senior lecturer in the American Studies department, said he has wanted the university to offer an indigenous studies minor for a while. About six years ago, another student held meetings about establishing the minor, but Maffie said he hadn’t heard anything about it since she graduated.

“For native students, [the minor] offers them a chance to learn more about themselves,” Maffie said. For other students, it would shed light on “the people who were here before Europeans and the people who are still here, but are completely invisible.”

As of fall 2016, 49 undergraduate students and 10 out of 4,610 faculty members identified as American Indian, Alaska Native, Native Hawaiian or other Pacific Islander.

Delia Dreher, a senior anthropology major, said she was glad to hear about the push to establish the minor. She has already taken 15 credits of classes that she believes could apply to the minor, she added.

Other universities including the University of Kansas, Cornell University and the University of Texas offer programs in Native American and indigenous studies. Emily Colon, an anthropology doctoral student, previously attended Arizona State University, which offers both bachelor’s and master’s degrees in American Indian Studies.

“The Native American plight is a lot more well-known there because you’re in the middle of Arizona where you have the Navajo and the Apache tribes,” Colon said. “Here it doesn’t seem like there is a lot of attention drawn to it.”

“It’s extremely important to respect and be aware of other cultures, not the least those who were here before us to whom this land belonged, if not belongs,” Chernela said. “This is a fundamental and basic awareness that we should all have as Americans, and as humans.”