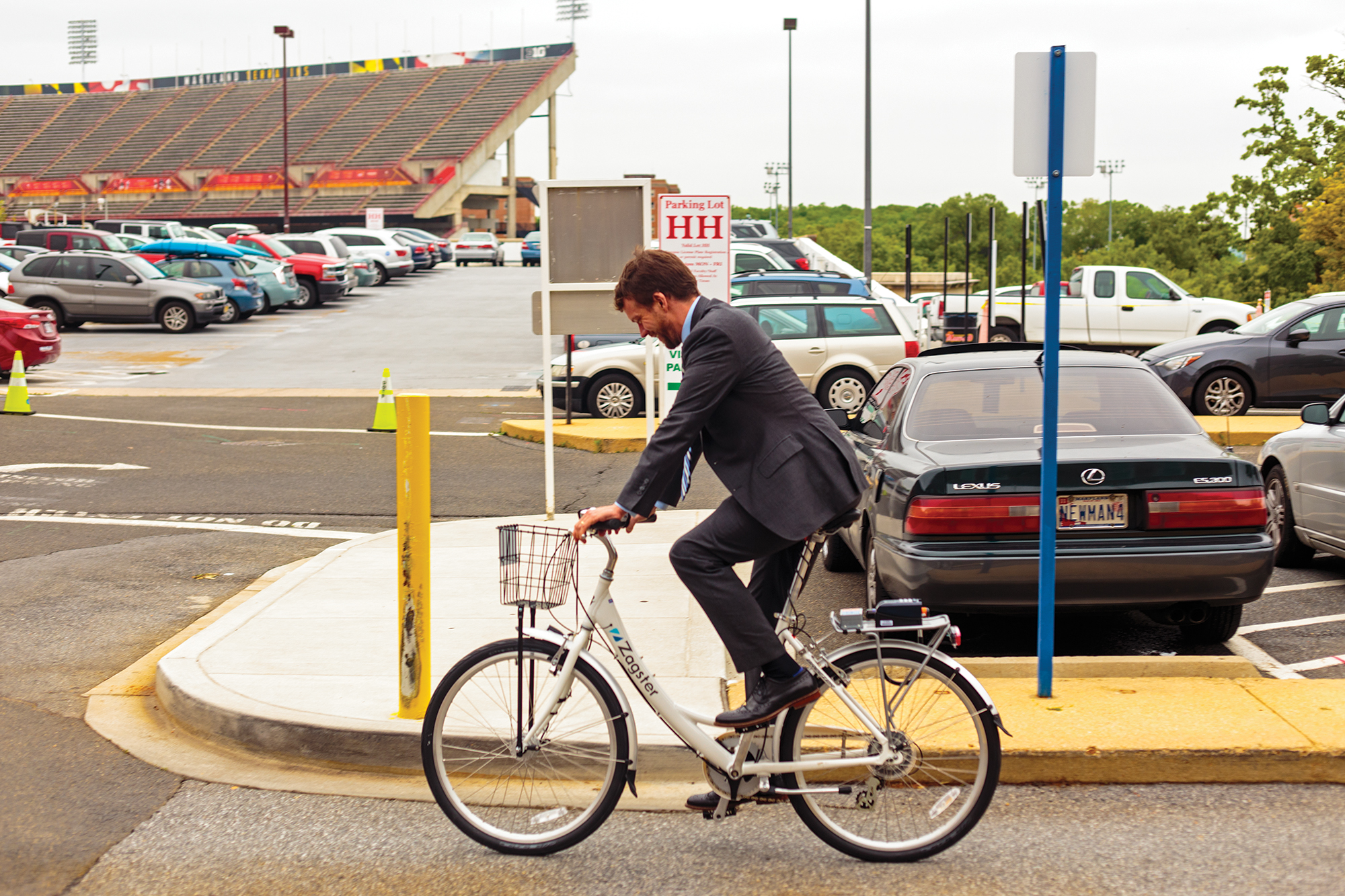 Capital Bikeshare, a program that allows people to rent and return bicycles between Prince George’s County and Washington, will launch in 2018.

However, the program, which currently operates in Washington, Arlington, Montgomery, Alexandria and Fairfax counties, will not be available in College Park until the following year, according to city officials. The bikes will first be available at the National Harbor, as well as along Route 1 from Mount Rainier to Riverdale Park spring of next year.

Residents of the remaining regions of Prince George’s County, including College Park, Greenbelt and Langley Park, will see accessibility within these areas in 2019. These plans will install 670 bikes across 67 stations.

[Read more: College Park and UMD’s bike share is so popular, now nearby towns want it, too]

“We may have both programs running side-by-side, if we decide that’s the best way to do it,” Wojahn said. “There are pros and cons we need to work through.”

Sophomore accounting major Allison Conde said she doesn’t see the market for these sorts of programs in the city.

“I don’t know anyone that uses the current [program] and I don’t see that many people on them, so I don’t think that [a new one] is really necessary,” Conde said.

Both bike-share programs have a similar renting process, requiring riders to purchase either a membership or day pass.

But there is a key difference between mBike and Capital Bikeshare, which will be kiosk-style, said Jon Terbush, communications manager at Zagster. All of the locking software is based in the docking station whereas mBike has an individual lock system on each bike, Terbush said.

In addition, Capital Bikeshare riders are limited to 30-minute trips, and must lock the bike into a designated station. The rider will then have to rent out a new bike if the trip expires but they are not yet at their destination.

“It forces riders to plan their trips around the stations and not where they actually want to go,” Terbush said.

However, Zagster does not impose a limit on the length or time of trips; instead, the rider gets the first hour free and pays an extra $3 for every additional hour, with a max of $24 for a trip of any length. Users are also not limited to park the bike at a designated station as it has an exterior lock, which allows it to be locked onto anything.

The hope is for this regional program to reach members of the community who are unable to access or are not using mBike, Wojahn said, and give them the opportunity to bike into Washington.

City officials will make the final decision on whether the two companies will work simultaneously before the contract with mBike expires, which is sometime in 2019.