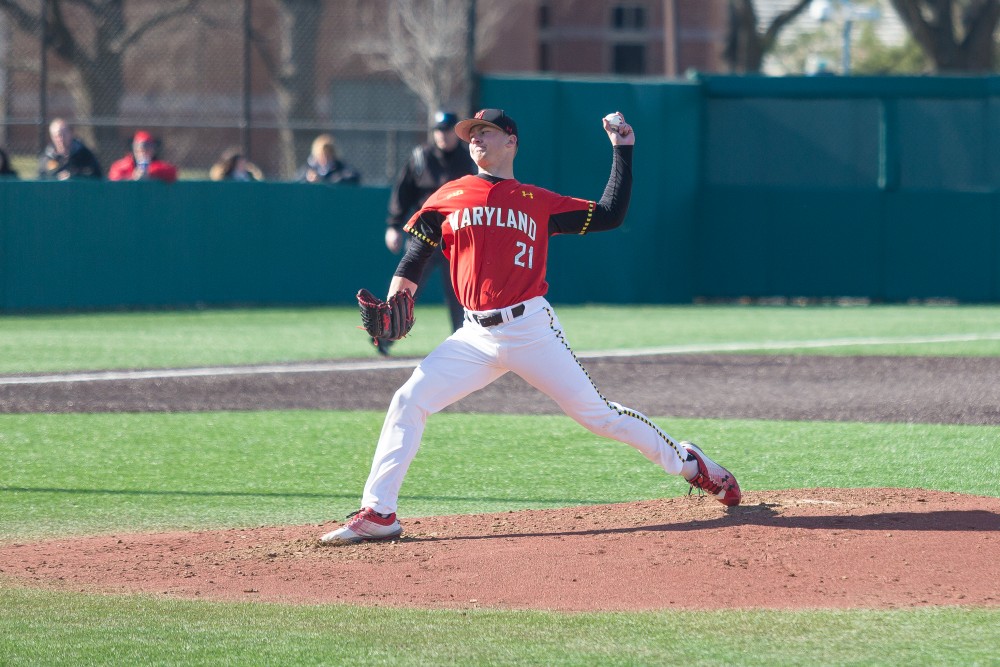 Maryland baseball starter Tyler Blohm will miss his scheduled Sunday start against Nebraska due to shoulder soreness, a team spokesman said. Taylor Bloom will fill his spot in the rotation.

Blohm exited his April 15 start after one inning, citing shoulder tightness. He started each of the next two weekends following that injury, but after he walked five batters in his outing against Michigan State last weekend, coach Rob Vaughn said the left-hander wasn’t “150 percent.”

Bloom will return to the rotation after suffering a concussion April 13, when an errant ball struck him in the head during batting practice as he warmed up. Following Blohm’s April 29 start, Bloom featured out of the bullpen as he worked to get his pitch count back up.

Blohm is 5-2 this season with a 4.10 ERA in 11 starts. The sophomore has been a key part of the team’s weekend rotation since joining from Archbishop Spalding High School in 2017.

Bloom was on pace to break the Terps’ career innings pitched record before he missed three straight starts, but he’s scheduled to take the hill in a critical Sunday outing against the Cornhuskers. Maryland is one game ahead of Nebraska in the Big Ten, and needs to make up ground to earn a spot in the conference tournament.

In Bloom’s two-inning appearance in Maryland’s 5-3 win over the Spartans last Sunday, he allowed two runs on three hits and walk while striking out three.

Blohm’s absence continues the trend of a rotation in flux. Right-hander Mark DiLuia has shifted to the Friday night role after starting midweek contests this year. Right-hander Hunter Parsons began the season as the Sunday starter but has taken over the Saturday role in the wake of Bloom and Blohm’s injuries.

Travis Garnett has the mentality Maryland baseball is looking for