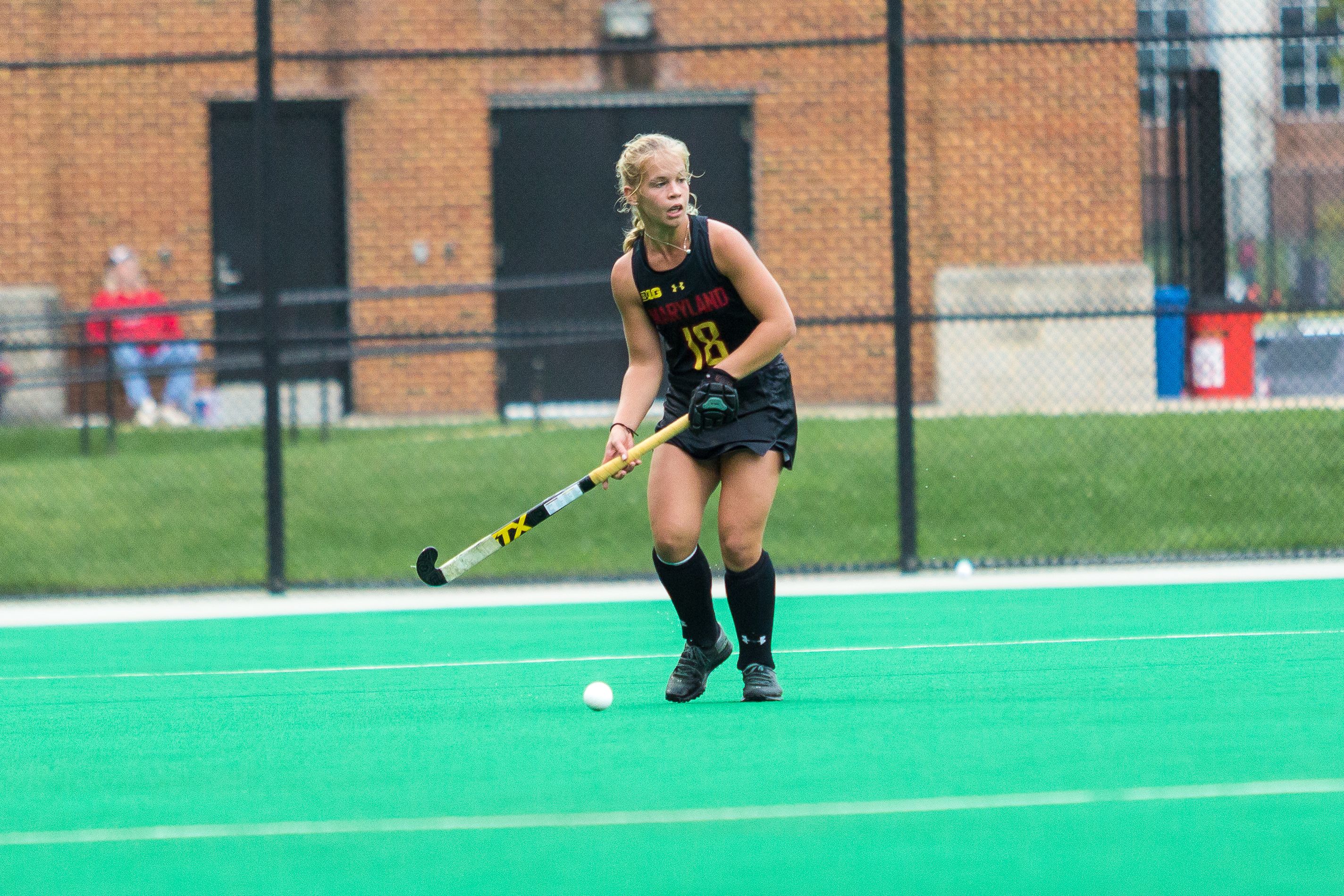 Racing back toward her own goal, Maryland field hockey defender Hannah Bond lunged out her stick and knocked away the ball moments before it crossed the goalline three minutes into overtime.

On a counter-attack Sunday, UConn’s leading scorer Cecile Pieper beat goalkeeper Sarah Holliday with a shot. Bond didn’t give up on the play, though, diving to prevent the game-winning goal.

Bond’s defensive effort made Maryland’s eventual winner possible, coming about four minutes later and propelling the Terps into the Final Four for the 19th time.

“When it happened, all I was thinking was, ‘There’s the ball, I’ve just got to stop it going in the goal,’” Bond said. “We talk about giving 100 percent in everything and if I can contribute that to the team, then I’m happy with that.”

Shortly after, midfielder Madison Maguire received a pass at the top of the circle. With her back to goal, she spun and beat her defender and then UConn goalkeeper Cheyenne Sprecher with a shot, securing a 2-1 victory.

“When you see someone do that kind of thing and stop the ball,” Maguire said, “you just want to score for her.”

Other defenders, such as Nike Lorenz and Bodil Keus, are also scoring threats going forward. Bond, though, doesn’t often bring that aspect of play to the turf, accumulating one goal in 45 career starts. But Bond is an integral part of a defense that allows just 1.35 goals per game. She is a key communicator and often steps into passing lanes to cause turnovers.

“She’s the pulse, she’s the energy,” coach Missy Meharg said. “Hannah knows one way to play and that’s 100 percent grit and effort every time she steps on the field. You wish you could clone [players like her].”

And behind that energy is what really stands out about Bond: her work ethic. It was on full display in Sunday’s victory and after the contest, Meharg considered her the player of the game.

Bond’s play on defense will be essential as Maryland enters NCAA semifinal play this weekend. The Terps face Princeton, who rank in the top ten in the country in scoring. If Maryland makes it to the championship game, the team is likely to face North Carolina, who has the best scoring offense in the nation with an average 4.6 goals per game.

So Bond’s presence and work ethic will be a key boost down the stretch as the Terps attempt to return to the title game — and this time, win.

“People have good days and bad days, but even on her bad days Hannah is always coming out and working her ass off,” Holliday said. “She’s always ready to play and she always keeps her head in it, even if her legs are tired, even if she’s not feeling great that day, that’s what we really need.”