‘One Shining Moment’ beautifully highlights everything that makes basketball great 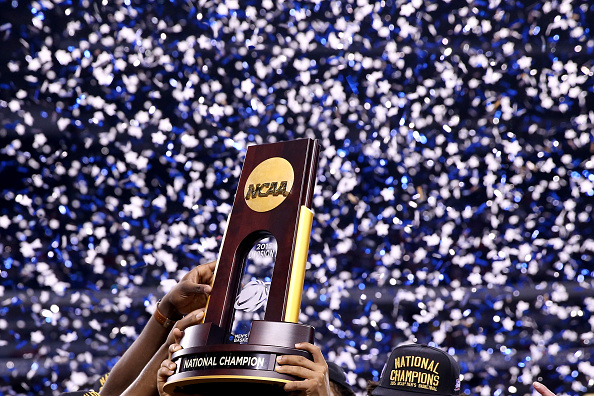 College basketball is filled with great traditions: Midnight Madness, flash mobs and, of course, March Madness. But there’s perhaps no greater tradition than the “One Shining Moment” video revealed minutes after the championship buzzer sounds.

For the past 30 years, the video has highlighted all the most memorable points of that year’s tournament: the dunks, the dedicated fans, the upsets and the moments of triumph. Sports radio personality Christopher Russo summed it up best when he wrote, “I almost look forward to it more than the game … I get goose bumps every time I see the damn thing.”

30 years ago today, “One Shining Moment” made its debut on CBS. Here’s the original version that started an incredible Tournament tradition. pic.twitter.com/NTUgfVZarW

The song was written in 1986 by David Barrett and was most famously performed by Luther Vandross. It has since become almost synonymous with the tournament itself.

There are plenty of great songs commonly used in sports settings: “We Are the Champions,” “Eye of the Tiger” and “Don’t Stop Believing” all transform finish lines into anthemic ballads you can’t help but belt along to. They highlight the “hard work plus determination equals success” mantra that sports so often incite.

But “One Shining Moment” stands out from the rest. Yes, lines such as “And all those years/ no one knows/ just how hard you worked/ but now it shows” relate to those other songs that feature the behind-the-scenes effort that’s all too easy to forget. But ultimately, the song isn’t about hard work. It isn’t even really about winning — though the final seconds of the video do celebrate that year’s winner.

It’s about loving the game of basketball. It’s about cherishing the sport itself and the atmosphere of the tournament so much, that we wish we could freeze time to enjoy the moment even more. It’s about the play-by-play announcers and coaches and pep band members and benchwarmers losing their freaking minds at what just happened on the court. It’s about the thrill of victory, the agony of defeat; the monster dunks and the buzzer beaters and the crying piccolo girls and everything that makes basketball worth watching and worth playing and worth loving.

College basketball has become pretty commercialized, but this song and the video that accompanies it remind us of the beauty and purity of the game. Here are groups of kids — because that’s what they are, after all: kids doing the thing they love doing more than anything else in the world.

When the confetti rains down in Arizona on Monday night, a new champion will have just been crowned. A couple of minutes after that, we’ll get a new “One Shining Moment” video and with it, a welcome reminder of how lucky we are to get to experience the beauty that is March Madness.