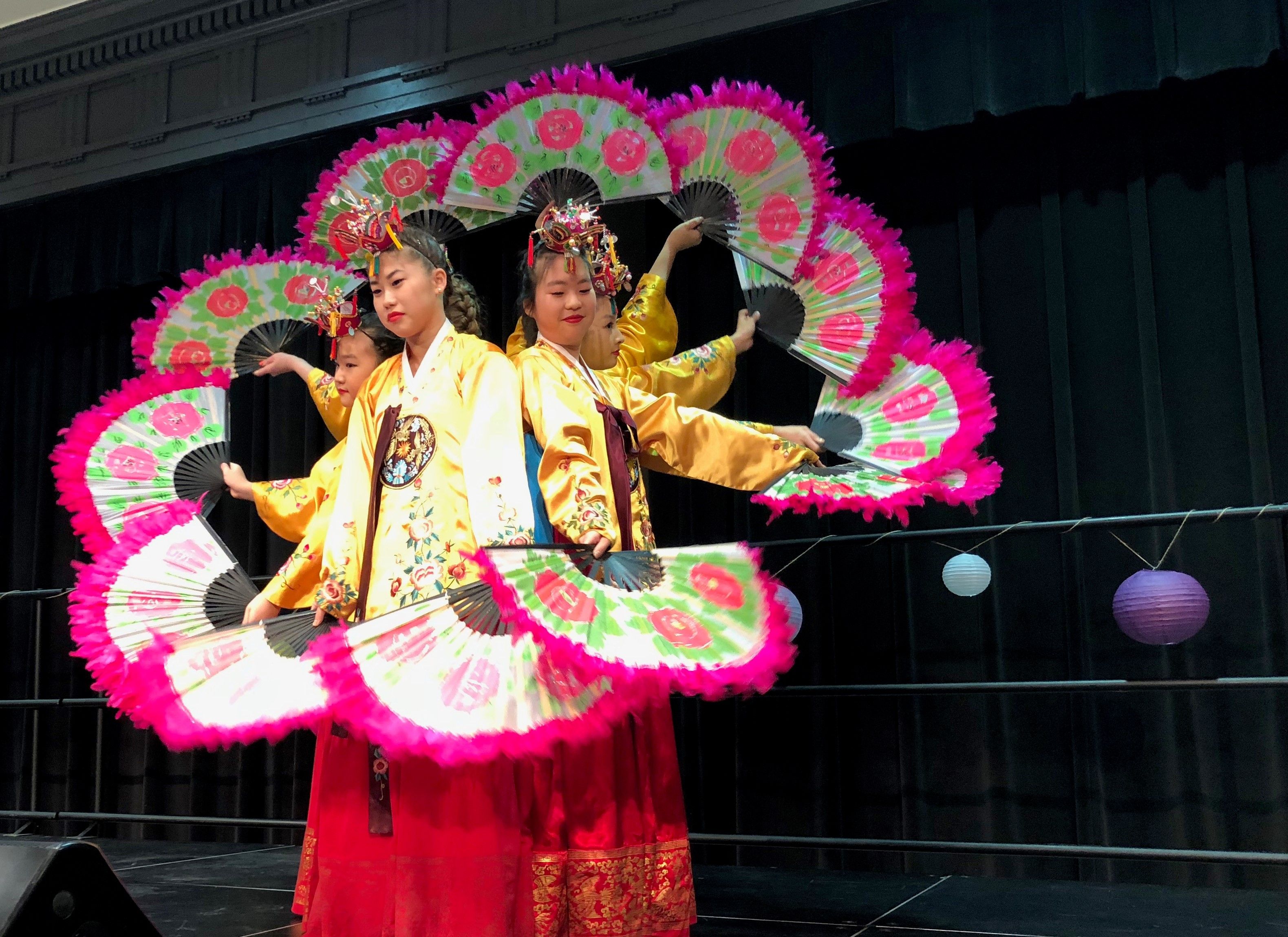 The Korean Student Organization hosted "A Night In Korea," a festival celebrating all aspects of Korean culture, including food, music and video games, on Friday Mar. 1, 2019. (Photo By David DeWeaver/For The Diamondback)

The sound of students crowded around high-top tables and waiting in long lines for Korean noodles was not enough to drown out the K-pop.

Some were waiting to put on hanbok — traditional South Korean formal wear — while others wanted to apply foundation, eyeliner and other makeup to look like K-pop idols.

About 150 students signed up on Facebook to attend “A Night in Korea,” the first cultural event of its kind, organized by the Korean Student Association. The lines, however, indicated that more people heard about the event than organizers anticipated.

Sooho Park, KSA’s president, said he was surprised by the turnout.

“We’re like, ‘Oh, we’re not gonna get too many people.’ Understandable for a first event,” said Park, a senior kinesiology major. “But it’s crazy, man. I mean, I knew people enjoyed Korean culture but like, jeez. It was really good.”

A stage featured K-pop and classical dance performances. At more than a dozen tables around the room, enthusiastic students showed off Korean culture, old and new, from traditional clothing and musical instruments to K-pop makeup lessons.

If none of that struck a student’s fancy, they could try a range of Korean street food staples. On top of Korean noodles and kimchi, the options included Tteokbokki, a dish of chewy, stir-fried rice cakes resembling skinny cannoli, mixed with gochujang, a sort of spicy pepper sauce, and beondegi, or canned silkworm pupae, a Korean street food snack.

A table set up with two laptops allowed attendees to take turns playing League of Legends, a playful acknowledgment of South Korea’s love for the wildly popular online multiplayer game.

Claire Lee, a sophomore nursing major and also a member of KSA, agreed with Park that the event was a runaway success. KSA advertised through Facebook and on-campus flyers, but Lee said the attendance reflected the engagement of even non-Korean students with Korean pop culture.

“There’ve been so many different people every single meeting or event, and it’s just been awesome,” she said.

Stephan Loh, a junior computer science major, said the interconnectedness of Maryland’s Asian-American and Pacific Islander community helped get word about the event out quickly. Loh, who is a member of the Taiwanese American Student Association, said it’s normal for Asian-American students to support each other’s events.

“We brought a lot of TASA people. … We all came out to support,” Loh said. “We all help each other out.”

“There’ll be more food booths, like food all the time instead of just one thing. There’ll be games, and culture, and a lot of other performances,” he said.