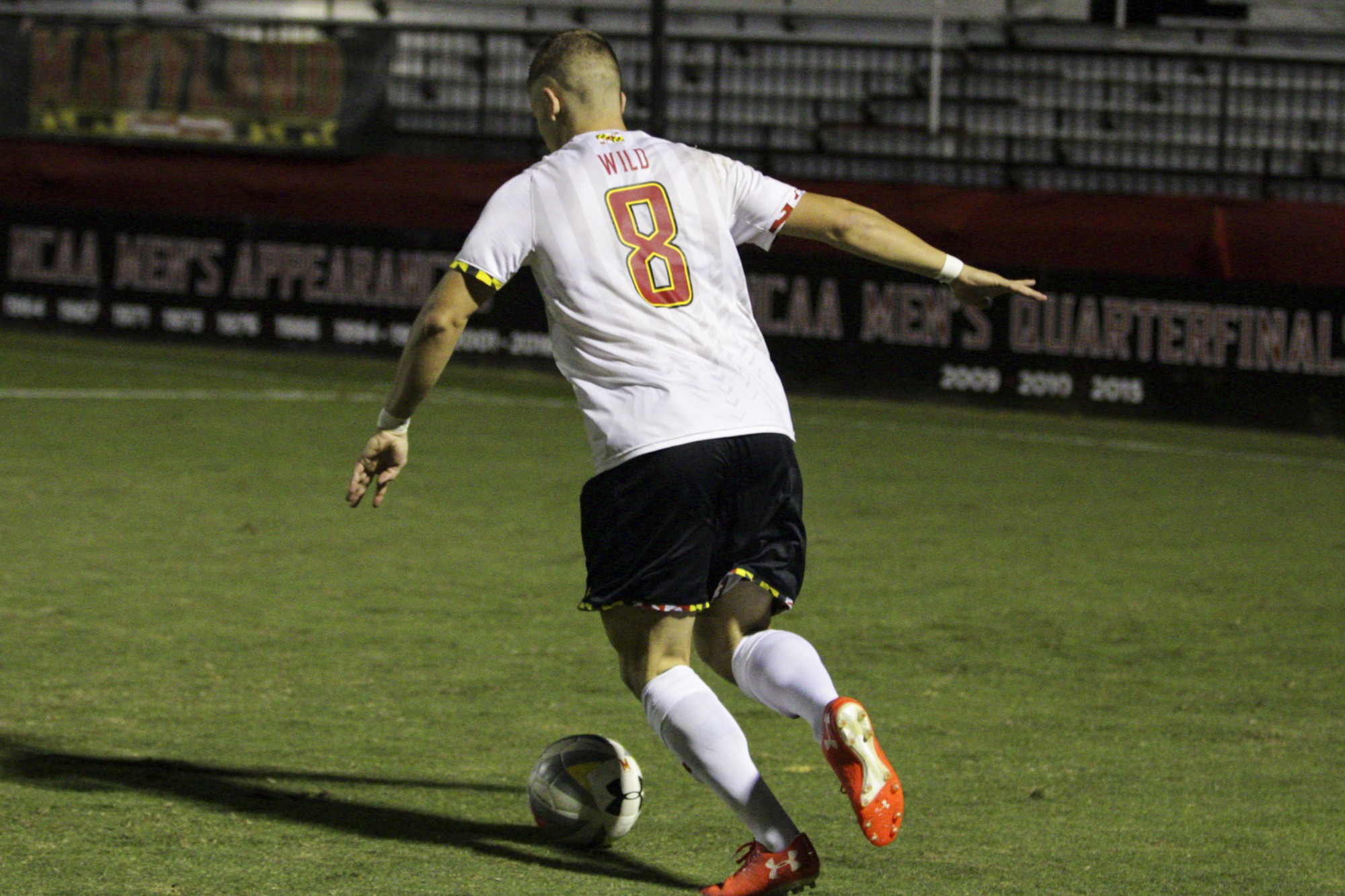 In less than two weeks, the Maryland men’s soccer team has gone from an undefeated team ranked third in the country to a squad on a three-game losing streak unlikely to be in the top 10 when the next poll is released.

Still, the Terps remain tied atop the Big Ten standings.

Their sudden downturn coincided with a break in the conference schedule, shielding their 5-0-2 Big Ten record and preserving a tie for first with Indiana and Michigan State.

Maryland returns to league play against Michigan on Sunday in the last game of the regular season. If the Terps can regain the form they showed earlier in the year and beat the Wolverines, they will clinch at least a share of their third Big Ten regular-season title in four years.

“We’ve got a lot to play for,” coach Sasho Cirovski said. “It’s not where we want to be, but we’ll push on.”

Despite the Terps’ 3-0 loss to VCU on Tuesday being the worst scoreline of Maryland’s three consecutive losses, Cirovski was encouraged by certain aspects of the game.

“We had enough chances here, had enough quality in our play to win the game,” Cirovski said. “[But we had] too many what-ifs and too many close calls to win a game like this.”

After a tough battle with Georgetown and a lethargic effort against Coastal Carolina both ended in 1-0 losses, defender George Campbell said “there’s no reason” a team as talented as the Terps should ever be shut out.

But against VCU, the Terps’ scoreless streak extended to 275 minutes. It’s the first time in Cirovski’s 25-year tenure at Maryland that the Terps have been shut out in three consecutive games. The last such streak was in 1991.

“Three games without a goal is incredibly frustrating,” Cirovski said. “I couldn’t have possibly foresaw that, but that’s our reality now.”

Maryland returned all its forwards and attacking midfielders from last year’s team, which had the second-best offense in the country.

“At the moment, the opposing forwards are just doing a better job than we are,” forward Gordon Wild said. “We have to figure some things out.”

Wild’s struggles are the most notable element of Maryland attack’s poor performances all season and of late.

[Read more: Once the team’s backbone, Maryland men’s soccer’s defense has faltered down the stretch]

In his first two seasons, Wild tied for first and second in the country with 16 and 17 goals, respectively. This year, he’s scored just five times and hasn’t found the back of the net in 10 games, easily the longest streak of his career.

Against VCU, Maryland hit the post twice, forced Rams goalkeeper Mario Sequeira to make a couple of tough saves and had a pair of goals wiped out due to earlier whistles.

It was an improvement on the performance in the previous losses, but still a disappointment for a team that views itself as a national title contender.

“It’s a very difficult time, but at the same time it’s not the end of the season,” Wild said. “We have a very, very important game Sunday against Michigan, and we need to find the switch.”