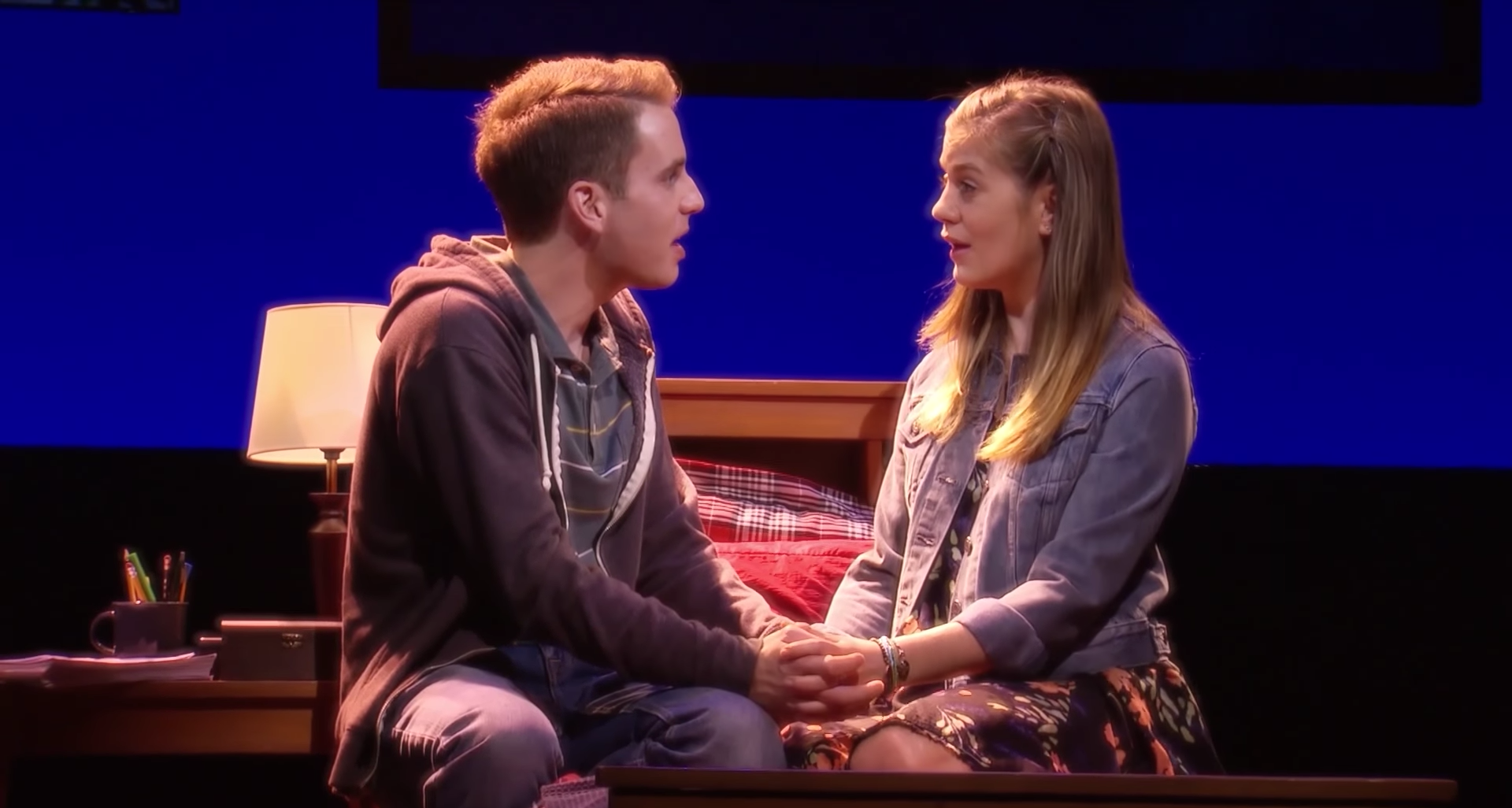 It’s tough for a show to fail when the people spearheading its music just recently did the same for La La Land and Hamilton, perhaps the two greatest musicals in recent history — or ever, depending on who you ask.

Benj Pasek and Justin Paul (lyricists for La La Land) and Alex Lacamoire (music supervisor and orchestrator for Hamilton) are no strangers to stories that modernize timeless struggles, whether that’s yearning for a romanticized past or struggling with mortality and one’s lasting legacy.

Dear Evan Hansen vocalizes another timeless struggle: a dorky teenager both desperate and terrified of fitting in. This time social media plays a central role, one that heightens and elevates the stakes.

The original cast album, released digitally Feb. 3, sounds like inside of a teenager’s mind: frantic, immediate, life-or-death, now-or-never. Songs build and explode and then fall to a hush in the same way a teenagers panic, jump to conclusions and incorrectly assume their complete isolation.

Ben Platt as the title role is an expert at switching tempo, best exemplified in the heartbreaking rendition from act two “Words Fail,” in which his character gives up on the idea of ever fitting in.

This is similar to “Waving Through a Window,” in which Platt sings “I’ve learned to slam on the break/ Before I even turn the key/ Before I make the mistake/ Before I lead with the worst of me.”

Platt and Laura Dreyfuss (Zoe, Evan’s love interest) together bring teenage angst and doubt to life. The duo’s relationship is built on the nervous energy reserved only for a first crush. Their vocals “If I Could Tell Her” and “Only Us” weave between slow enunciation, doubting every word and powering through a ballad with full confidence in a vocal game of red light, green light.

But Dear Evan Hansen‘s greatest success is the act one finale, “You Will Be Found.” In response to a classmate’s suicide, Evan posts a video of himself online. On the surface, he’s speaking to the classmate and the rest of his peers, though on a deeper level he’s also reassuring himself. If “Waving Through a Window” is the cry for help, “You Will Be Found” is the response.

“When you’re falling in a forest and there’s nobody around/ Do you ever really crash, or even make a sound?” Platt sings in “Waving Through A Window.”

“When you’re broken on the ground, you will be found,” he answers in “You Will Be Found.”

“You Will Be Found” is also Pasek and Paul’s most creative use of music to convey a message. Evan’s video goes viral, and suddenly the entire ensemble is singing along with him, peppering words like “share,” “like” and “repost” throughout. Light piano in the background accumulates speed at the same rate Evan’s video is shared.

Not every song in the album is a show-stopping number — songs like “To Break in a Glove” and “Good For You” feel like a halfhearted attempt at keeping Evan and Zoe’s parents relevant after the opening number. “Anybody Have a Map?” wonderfully sets them up as flawed, three-dimensional characters.

But wanting every song to be a hit is an almost unfair standard that any post-2015 musical faces — call it the Hamilton standard.

It’s unlikely that Dear Evan Hansen will gain as much critical acclaim as La La Land or Hamilton. But for now, Hansen is much like the viral internet sensations it gives a nod to: powerful, meaningful and great in the moment.