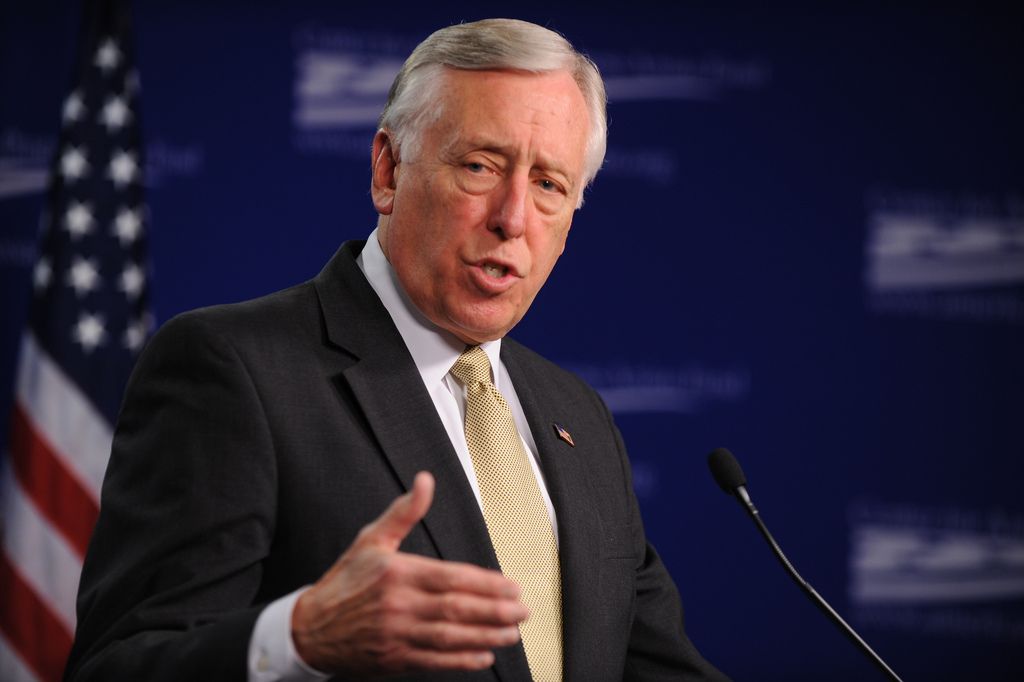 Hoyer had 69.7 percent of the vote to Republican William Devine’s 27.8 percent.

Hoyer, a University of Maryland alumnus, has represented the district since 1981.

Hoyer has served as the second highest ranking Democrat in the House of Representatives, Democratic majority whip, since 2011. Before that, he served as House Majority Leader from 2007 to 2011 and was previously House Democratic Whip from 2003 to 2007. In 1992, he defeated now-Gov. Larry Hogan to win re-election.

Democrats are set to take control of the House, teeing off a potential leadership battle. Hoyer, alongside House Democrats leader Nancy Pelosi and the party’s old guard, have received calls to step back in favor of younger voices.

After some progressive currents ran through the primaries, including the victory of Alexandria Ocasio-Cortez over longtime House leader Joseph Crowley in New York, Hoyer stuck more to the center.

His “Make It in America” agenda focuses largely on beefing up job skills training and other employment issues, while pushing for infrastructure improvements. Still, he’s been a vocal critic of President Donald Trump.

Hoyer has also spoken out about recent events at the university. In a news release, he called on university President Wallace Loh to rescind his resignation.

“He held accountable Coach D.J. Durkin, who was the direct supervisor of Assistant Coach Rick Court, whose actions and negligence led to the tragic death of Jordan McNair,” Hoyer wrote in a news release.

In April, Hoyer received some pushback after The Intercept reported he asked a progressive Democratic challenger in a Colorado House district, Levi Tillemann, to drop out. Hoyer was trying to clear the field for attorney and Army veteran Jason Crow. Crow was on the Democrats’ “Red to Blue” list of preferred candidates in competitive races. The district went for Hillary Clinton in 2016, and Crow won the seat.

Hoyer has supported those who were affected by the end of Deferred Action for Childhood Arrivals, a program that protected almost 700,000 young people from deportation. It’s currently only accepting renewals, not new applications, as its fate is in the Supreme Court’s hands.A 2017 count found that more than a hundred DACA recipients were attending this university.

In January, Hoyer invited a DREAMer, an undocumented immigrant who moved to the U.S. as a child, from Prince George’s Community College to attend President Trump’s State of the Union address.

In April, Hoyer signed a bipartisan rule that would put four separate DACA measures into consideration.