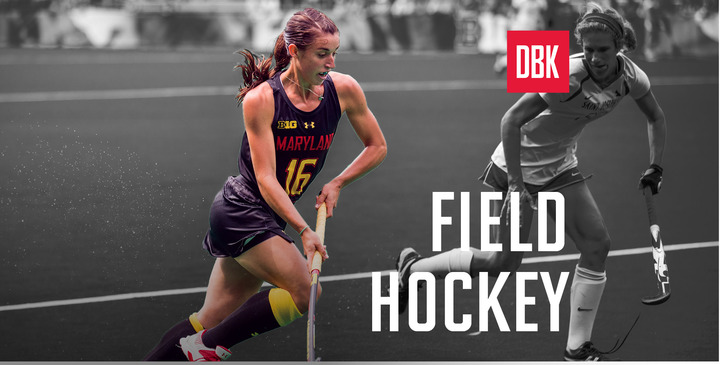 On a recruiting trip to Germany two years ago, Maryland field hockey coach Missy Meharg saw Noëlle Rother, a goalkeeper from Hamburg, play a game. The coach was impressed.

Rother later committed to Indiana, but in the two contests the Terps have faced the Hoosiers since Roth arrived at the program, Meharg has also been complimentary of her performances.

Saturday was the latest installment, and Rother and goalkeeper Sarah Holliday turned the first half of Maryland’s 4-1 victory at the Field Hockey and Lacrosse Complex into what Meharg called a “battle of goaltending.”

“Indiana is such an improved program,” Meharg said, “and with a goalie like that who can get into a zone, it makes them exceedingly threatening.”

It was a continuation of Rother’s dominance last October.

Against the Terps, she made 16 saves, the second-most in Indiana history, including 11 in the second half. The Terps outshot Indiana, 25-6, in regulation, but went to overtime in a scoreless tie.

In the eighth minute of the overtime Oct. 23, 2015, Maryland scored to win, 1-0. But it was a performance that stuck with Meharg, who recited Rother’s stats from almost a year ago after the game.

The Terps had more success connecting in the circle Saturday, taking a 1-0 lead with a score in the ninth minute. The 29th-year coach said the first goal was a key factor in helping her team prevail.

“When you play a goalie like this, obviously you worry that she’s going to keep them in the game the entire game,” Meharg said.

After the initial goal, Rother made four saves and often came off her line to thwart the Terps attack, preventing the players from building on their lead for the remainder of the period.

“She’s a very interesting goalie because you saw her coming out of the goal so much,” midfielder Lein Holsboer said. “We really worked on how we could finish on that goalie.”

As Rother countered the Terps on one end of the field, Holliday worked to match her sophomore counterpart.

Holliday finished with a career-high eight saves, preserving the Terps’ lead as they battled Rother. The sophomore did so despite feeling under the weather.

“I’ve had a sinus infection for two weeks,” Holliday said. “I was really coughing up a storm so I was like, ‘Oh god this is not going to be good again.'”

Once the game started, though, Holliday said she got “into a groove” and wasn’t bothered by any symptoms. She also stopped four Indiana penalty corner attempts.

“Sarah’s very present in her circle, and she really gets the whole team composed,” Holsboer said. “She makes amazing saves and that was very important to have in this game.”

Meharg attributed the sophomore’s success to her communication and confidence. Her play enabled the Terps to open a two-goal lead before the Hoosiers scored their lone goal of the game.

“I’ve really been focused on thinking about shutouts,” Holliday said. “Obviously, I didn’t have one today but as long as I have that mindset, even after I get scored on, it keeps the pressure off me and keeps my focus.”

Plus, Holliday admitted she gets some enjoyment out of seeing another top goalkeeper like Rother on the other side of the field.

“It is pretty inspiring, like, ‘Damn I want to be able to do that in practice sometime,'” Holliday said. “Or if she makes a really cool save I’m like, ‘I gotta be able to, too’ … [I have] a lot of respect for her.”