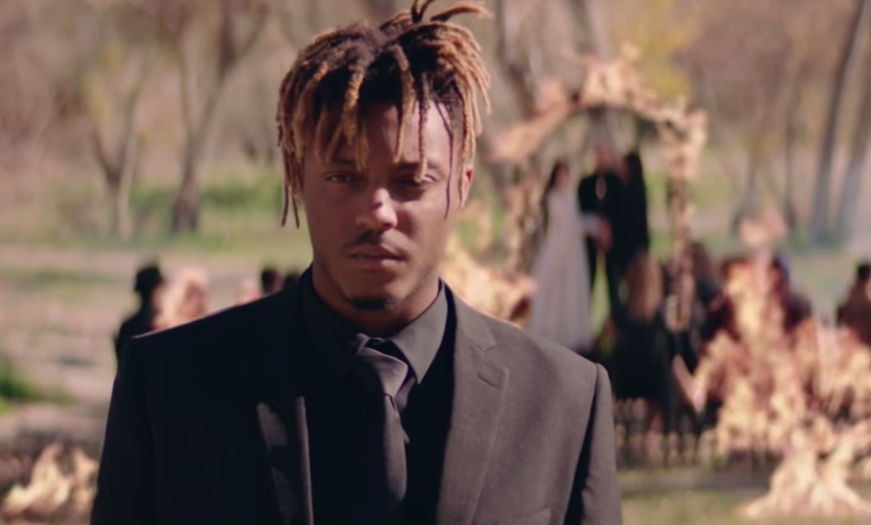 Almost its own genre now, moody sadboy music is still far from being irrelevant, which Juice WRLD has proved with his latest album. Death Race For Love, his second solo album, is a little repetitive at times but develops his struggles and addictions with catchy melodies and lyrics.

The 20-year-old Chicago rapper rose to fame ridiculously fast after the release of his singles “Lucid Dreams” and “All Girls Are The Same.” His debut album, Goodbye & Good Riddance, peaked at No. 8 on the Billboard 200, further spreading the rapper’s voice and expanding his fan base.

Similar to his last album, Juice discusses his addictions and battles with depression, love and relationships on Death Race for Love. Many compare his sound to Post Malone, another iconic sadboy. While some people call Juice a mediocre rapper, this type of music has an audience for a reason — its edgy, yet simple, snappy melodies attract young listeners.

Death Race definitely has its share of hit songs. “Robbery,” released in February, was everything people like about Juice WRLD. Perfectly whiny and dramatic, the rapper moans about heartbreak. The melody is hard to get out of your head as Juice croons about hating and loving a girl at the same time.

He describes a state of wanting to leave his ex-girlfriend, but also not wanting to at the same time: “She told me put my heart in the bag/ And nobody gets hurt/ Now I’m running from her love, I’m not fast/ So I’m making it worse.”

These troubles are completely on brand — if depression and drug abuse aren’t somewhere in the lyrics, it isn’t Juice WRLD. Modern culture loves these type of issues in music. In “Maze,” he sings about painkillers and not being able to escape them.

Raw and emotional, the rapper gives us a taste of what’s going on inside his head: “Stuck in a maze/ Everything’s OK but it’s not really OK/ My life’s a death race/ I’m numbing my pain with codeine rain.”

The 22-track album can be repetitive. His sound is too consistent at times, making me question if all of these songs were really necessary. Some songs like “Syphilis” and “Out My Way” were not great to listen to, and a little scary; not in the good, edgy way. But out of the 22, there were enough hits — namely “Fast,” “Hear Me Calling” and “Robbery” — to keep the album afloat.

Goodbye & Good Riddance was an incredible album, and I was skeptical that Juice WRLD’s follow-up could do as well. While Death Race For Love doesn’t surpass his last album, it proves that he’s still producing solid content and remaining relevant.

Time will tell if Juice can keep making songs like this and stay relevant. Will young kids still resonate with sadboy music? Or will they grow to like something else more? Whatever the answer, Death Race For Love proves to be Juice WRLD at his core: whiny and dramatic, but in the best way possible.