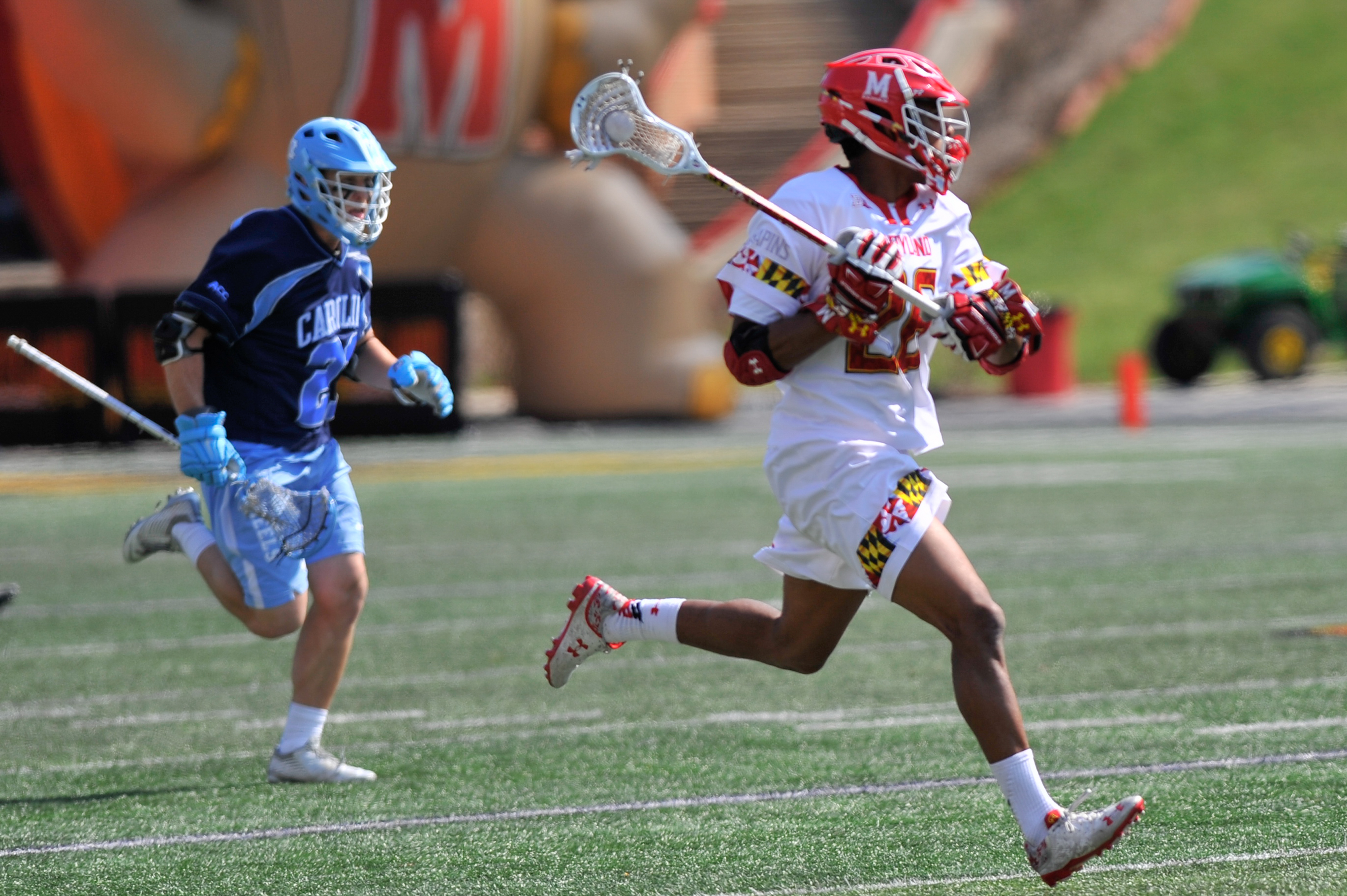 With Davis-Allen poised to be a contributor on defense as a short-stick midfielder in his first year with the Terps, the senior taught the rookie the importance of footwork. They watched hours of film together. And Davis-Allen developed study habits that prepared him to play in all but one contest since he arrived in College Park.

Two years later, Davis-Allen is still a fixture in the film room and on the practice field after the team sessions end. But now, it’s the junior’s turn to dole out the advice.

In a season in which he’s already matched last year’s offensive production while establishing himself as a stalwart on the wing and in defensive sets, Davis-Allen has developed into a mentor for the incoming Terps.

“It got passed down to me, and now I’m passing it on,” Davis-Allen said. “When you come in as a freshman, you don’t understand certain stuff like you’re supposed to do. So I just try to coach them, like, into the right direction.”

Davis-Allen doesn’t shoot often — he has five attempts through nine games this year — but coach John Tillman said he has “the green light” to fire if he finds an open look. That’s what happened Saturday with the Terps locked in a tie game at Michigan midway through the fourth quarter.

After the Wolverines turned the ball over in the Terps’ offensive third, Davis-Allen took a feed, hopped once on his right foot to generate momentum and hurled his attempt into the net. The rocket left Michigan goalkeeper Gerald Logan looking over his shoulder, planted in a split.

The connection was his third of the season. Coupled with one assist, the Alexandria, Virginia, native has matched his offensive output from a season ago in 10 fewer outings.

But as he discussed his goal Wednesday afternoon, Davis-Allen seemed most proud of the moments leading up to the score. Attackman Timmy Monahan helped regain possession when Michigan turned it over in the Terps’ attacking third, and attackman Louis Dubick assisted his go-ahead finish.

Davis-Allen has watched the two rookies work to earn playing time early this season, so he was “just finishing all those hustle plays.”

Those situations that don’t lead to gaudy statistics are when Davis-Allen has carved his niche in his three years in red and black, Tillman said.

As the lone returner on the Terps’ faceoff unit this season — midfielder Charlie Raffa graduated and longpole Matt Neufeldt on the other wing tore his ACL in the offseason — Davis-Allen has fielded 19 grounds balls and caused seven turnovers so far after setting career highs with 33 ground balls and four caused turnovers in 2015.

“Day in and day out around here, he’s the guy that is always trying to do what the team needs on all levels,” Tillman said, “whether it’s playing defense, picking up ground balls, playing wings [or] pushing the ball in transition.”

But it’s also his leadership that doesn’t show up on the stat sheet that Tillman values.

Davis-Allen has developed a relationship with freshman midfielder Wes Janeck. The duo watches film together, and Davis-Allen offers footwork pointers to Janeck just like Cooper did when he was a rookie. When Davis-Allen and Janeck share the field, Davis-Allen reminds Janeck he has confidence in him and trusts him to hustle to the possessions.

Associate head coach Kevin Conry swears Davis-Allen never tires, working long after practice to tweak his shooting mechanics. Davis-Allen has watched how attackmen Matt Rambo and Colin Heacock keep their hands on the same level throughout the entire motion, not dropping their sticks when aiming for different parts of the cage. He wants to do the same.

But sometimes, Conry asks the player he called “the definition of a mentor” to slow down.

If someone is struggling with a scheme or drill in practice, Conry will pull that player to the side before passing him off to Davis-Allen for an explanation.