Review: Ken Jeong’s ‘You complete me, Ho’ is surprisingly romantic 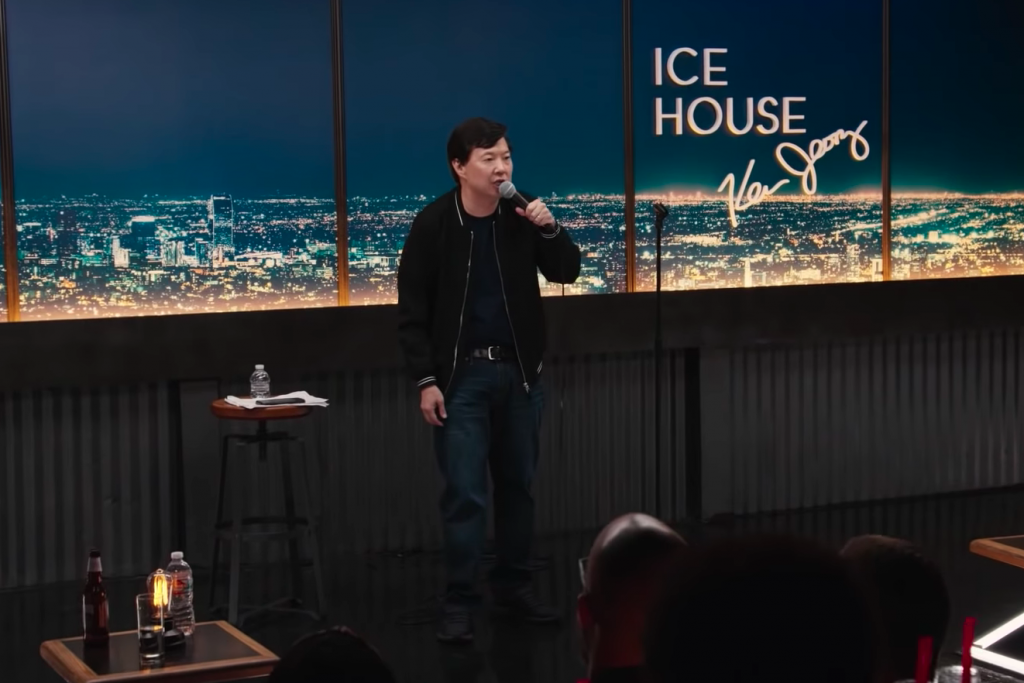 The trailer for Ken Jeong's Netflix comedy special 'You Complete Me, Ho!" (Photo via YouTube).

Ken Jeong’s first Netflix special is an ode to his favorite Ho — his wife.

Tran Ho sat in an intimate audience of the special’s taping and tried not to laugh as Jeong cried out the show’s namesake quote: “You complete me, Ho!”

The special, released on Valentine’s Day, chronicles Jeong’s life, from his different careers to raising a family while dealing with illness and trying not to be upstaged by Zach Galifianakis in The Hangover.

Jeong, best known for his roles as Mr. Chow in The Hangover series and Ben Chang in Community, approached the special with a confident and casual attitude. The audience lapped up the dry mix of self-deprecating and self-congratulating humor; Jeong couldn’t help but break at the end of each joke to laugh at himself.

His improvisational style and use of audience participation added to Jeong’s affable, laid-back demeanor, but the typical comedy show goofiness was juxtaposed with a serious — but still lovingly humorous — tone in the latter half of the special.

He recounted the dramatic shift in his life that makes him a novelty in Hollywood: The surprising jump between his career as a doctor to his success in showbiz. While this is mostly seen as a sign of success and pure happenstance for Jeong, it also reflects a more serious time in his life.

Tran smiled as her husband transitioned from a lighthearted tale of absurdity, to how she pushed him to be his best while she was fighting a deadly cancer diagnosis, raising two children with him, and practicing medicine.

His relationship with his wife makes this special stand out. It was even filmed at the Ice House, a comedy club in Pasadena, California, where she first saw him perform.

Comics bemoaning their wives is something audiences are tired of — constant riffs about the ball and chain of marriage and a loss of freedom were never that clever in the first place.

And even though Jeong pokes fun at her being his “Ho,” having Tran in the audience reveals an intimacy in the performance that shows in large venues often lack. As Jeong jokes around with quips like, “Get in the car, Ho!” and, “Don’t you ever be funnier than me, Ho!” we see the audience burst into laughter as Tran smiles and looks on adoringly in the background.

In You Complete Me, Ho, we see Jeong openly and vulnerably profess his love for his wife, in an audience so small that members can turn around and congratulate her for beating cancer, or laugh with her as her husband acts like a fool on stage, which brings the comedy closer to home and to our hearts.

Jeong used his spotlight to discuss the importance of diverse racial representation and what it meant for him to be Asian and on-screen. With unsure but hopeful footing, he unraveled what he hopes to contribute to Hollywood, his sometimes contentious relationships with Asian fans and critics, and how proud he is of the many Asian-American talents he’s been able to work with and meet.

The style of his first Netflix special shows true vulnerability, not just for the sake of making jokes, but to provide a real insight into his life. The special is entertaining, regardless of how serious or silly Jeong is being, because he’s a genuinely funny guy with a life that’s gone in so many directions, even he can’t keep track.

A show that at first felt like a dad showing off how funny he thinks he is, You Complete Me, Ho ended in the realm of an emotional TED Talk. Jeong testified his love for his family, culture and friends and celebrated what they have allowed him to become.