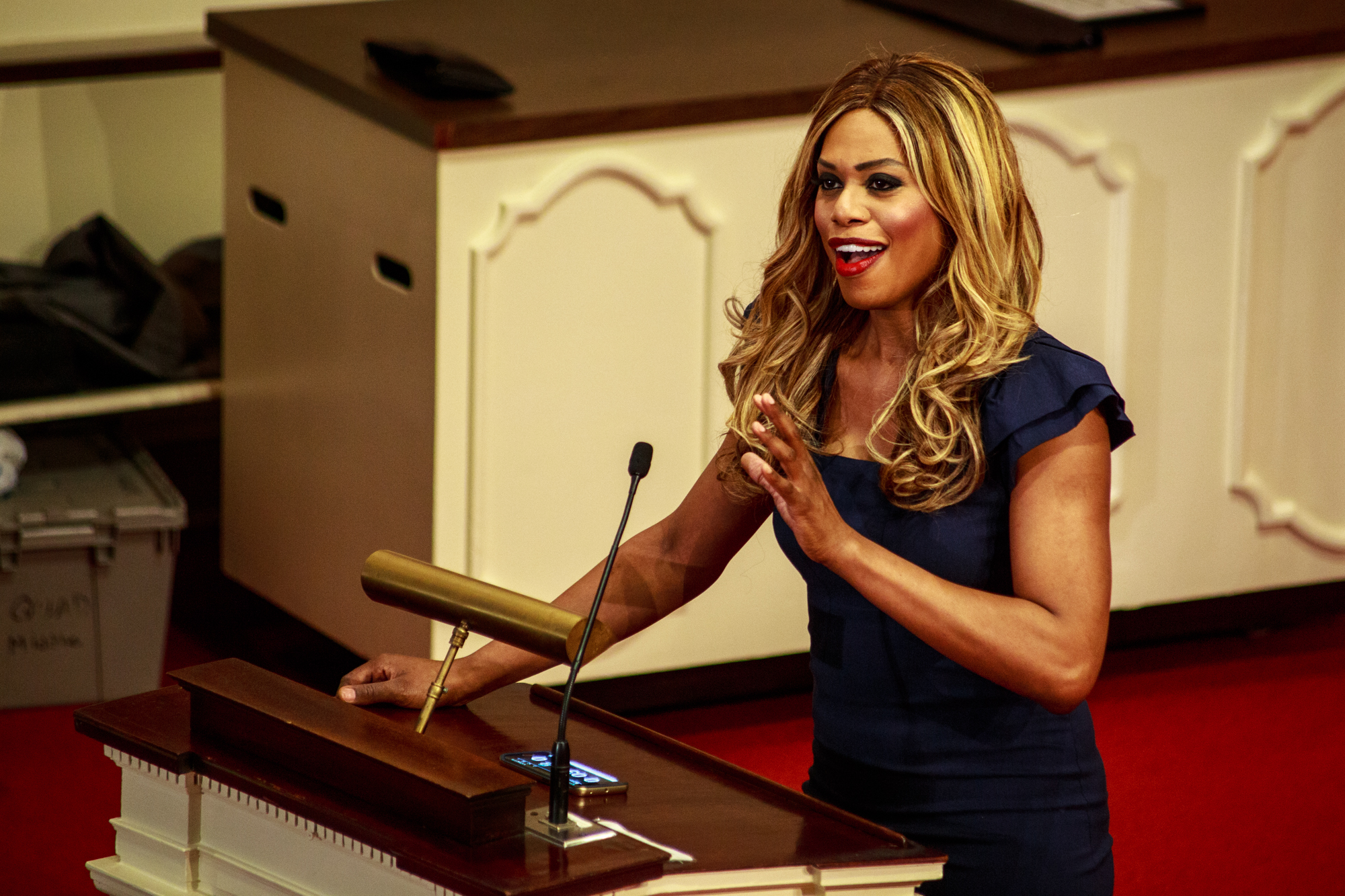 Standing before a crowd in the Memorial Chapel on Friday, sophomore Aastha Khanna said actress Laverne Cox’s appearance in the media helped her come to terms with her sexuality.

“It’s just such an honor,” said Khanna, a computer science major. While she usually likes public speaking, “to be chosen to do this is really empowering for me and I feel very ready to take it,” said Khanna, who introduced Cox.

About 200 people packed into the chapel to hear “A Conversation with Laverne Cox,” hosted by the Voices of Social Change.

Cox, who often appears in the hit Netflix series “Orange Is the New Black,” is also a television producer, reality television star and LGBT advocate. She is the first openly transgender person to be nominated for a Primetime Emmy Award in an acting category for her role on the show as Sophia Burset.

“I stand before you today, a proud African-American transgender woman,” Cox said.

Cox told the audience what it was like to grow up in Mobile, Alabama, with a twin brother and single mother who sometimes had to work three jobs to make ends meet. From preschool to high school, she was bullied daily, and her mother asked why she wasn’t fighting back and what she was doing to make people treat her that way, she said.

In third grade, Cox’s mother finally allowed her to enroll in dance classes, which she had been begging for since she was 5 years old. But she could do only tap and jazz, because her mom believed that ballet was “too gay,” Cox said.

Finally being able to do what she was passionate about saved her life, she said. Forty-one percent of transgender and gender non-conforming people have attempted suicide nationwide, according to Think Progress. To help promote a positive attitude toward the transgender community, Cox started the hashtag #TransIsBeautiful in 2015.

Cox attended the Alabama School of Fine Arts high school, enrolling as a creative writing major with the intention of switching to dance once she got in. Later, she was accepted to Indiana University Bloomington and then transferred to Marymount Manhattan College.

She “arrived in [New York City] with preconceptions about transgendered people,” Cox said. She didn’t associate being transgender with being successful and accomplished.

Above all, Cox stressed empathy as the number one tool for defeating the shame that many members of the LGBT community feel, especially in the transgender community. She alluded to Brené Brown — an eminent LGBT researcher who studies shame and vulnerability — whose definition of shame is an “intensely painful belief that one is unworthy of connection and belonging,” Cox said.