After an unpredictable four years, Maryland gymnastics leans on its seniors for leadership 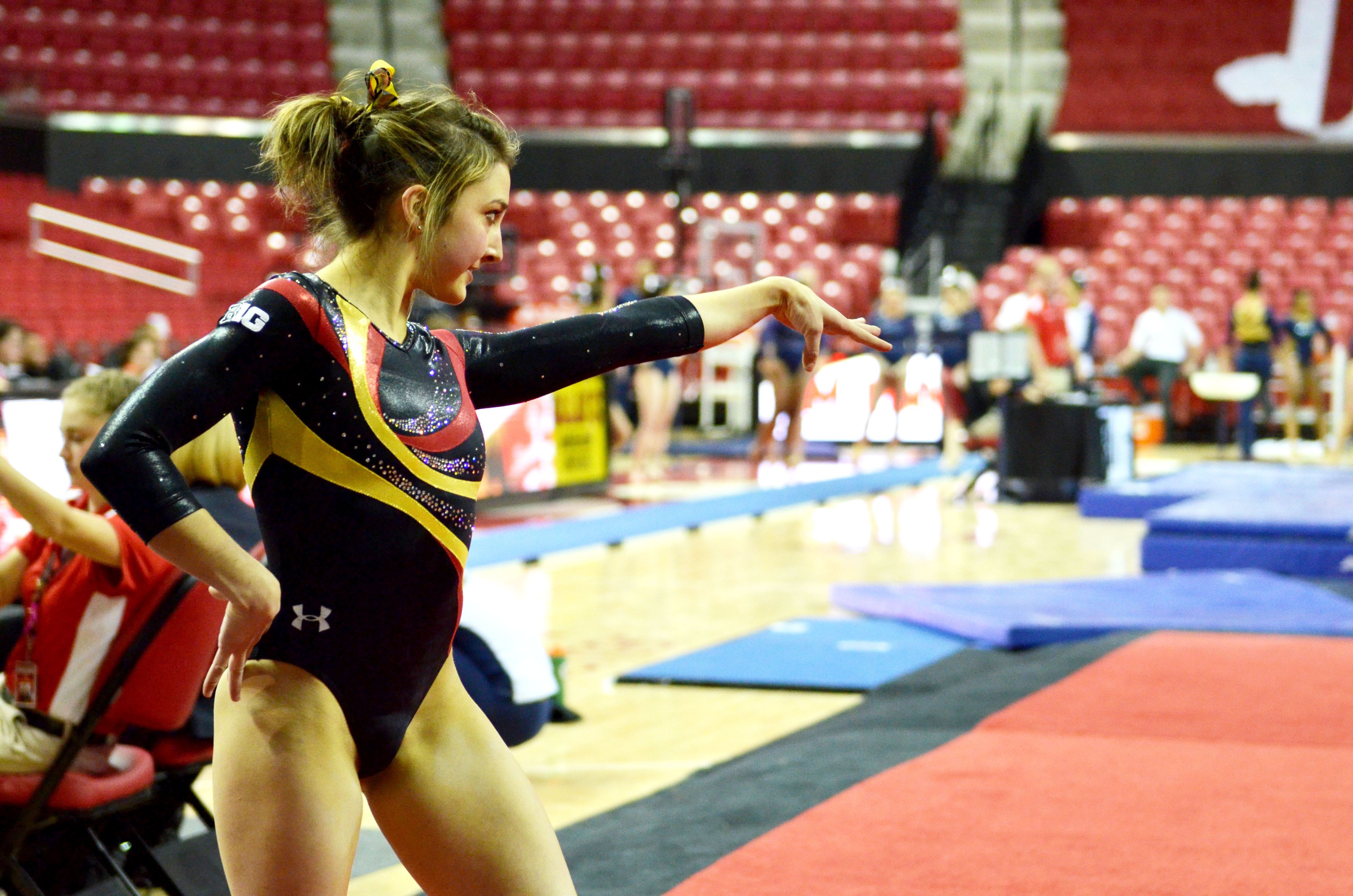 When members of this year’s Maryland gymnastics senior class committed to the program, the Terps were in the midst of seven consecutive NCAA Regional appearances and becoming a stalwart in the top-three of their conference, the East Atlantic Gymnastics League.

By the time they reached College Park, though, Maryland had left for the Big Ten, a much stronger conference. And in their freshman year, the Terps’ postseason streak came to an end.

The team’s three seniors have been through a rocky four years, playing ever-changing roles for a team that missed the NCAA tournament in their first two seasons. Last season, however, the Terps returned to the tournament and finished at No. 26 in the nation. And now, the Terps rely as much on the seniors’ leadership as their scores.

“We’re definitely a more close-knit team,” senior Alex Robinson said. “I know my freshman year, we had a harder time staying together; we had a lot of people leaving and it was a really tough time. But I think now, we’ve all come together.”

[Read more: “The sky’s the limit”: With a rough stretch behind it, Maryland gymnastics is thriving]

In a sport where transfers and injuries are common occurrences, the sense of continuity the seniors bring is invaluable to the Terps.

As their college careers have progressed, the seniors have seen their playing time decrease, with the younger classes powering Maryland’s return to the postseason. But the Terps still feel the seniors are their leaders, and they operate in a version of a “team parent” role.

“I feel like there are two parts to it. [One] being like the mom,” senior Shynelle Agaran said. “But also letting them know I’m there for them and being a part of the team, not acting like the mom.”

Even though they haven’t seen much competition this season, the seniors have shown the ability to contribute when called upon. Robinson posted a 9.8 on floor in each of the last two meets, after missing over two years with an ACL injury.

Agaran has yet to compete this year due to injury, but is nearing a return to the lineup after performing in exhibition in two recent meets. She has the potential to provide a significant boost for the Terps, having posted a 9.8 in nine of the 14 meets she competed in as a junior.

“[I’m] definitely a little frustrated to not be able to compete,” Agaran said. “But it’s great being around the team and helping in any way I can.”

Entering a crucial part of the season for postseason qualification, the young Terps squad will rely on the experience of their small group of seniors, who have been through the highs and lows of Maryland gymnastics and hope to replicate the success of last season.

“I was lucky to be a part of the team that brought the Terrapins back to NCAA Regionals last year,” McClelland said. “I think this year we’re going to do even better.”