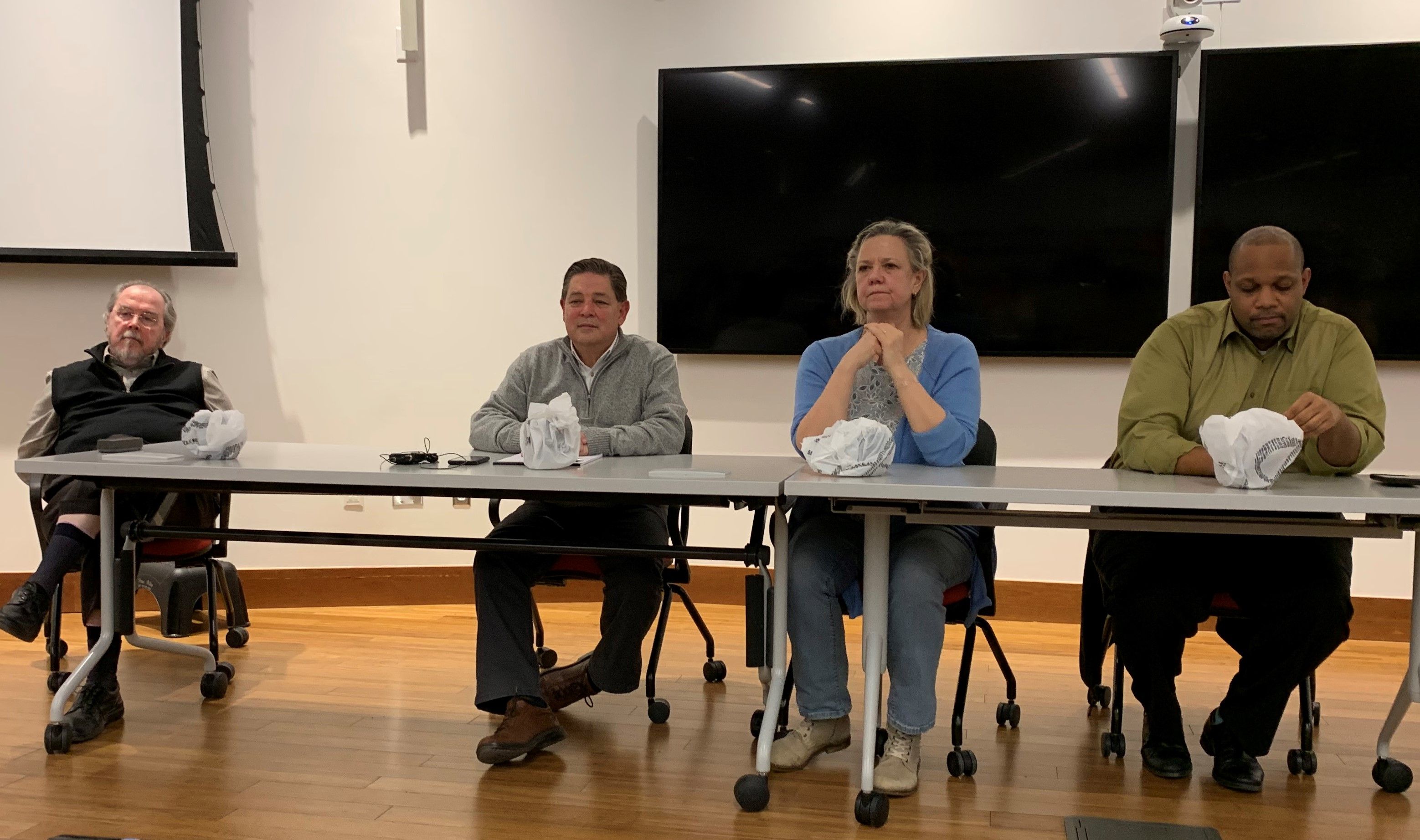 Panelists (from left to right) Ed Priola, a communications lecturer; Dana Priest, journalism professor; and James Bond, the assistant director of the Office of Student Conduct, participate in a University Student Judiciary panel on ethics on March 6, 2019. (Photo by Madison Akers/For The Diamondback)

At a University Student Judiciary panel on Wednesday, several faculty members offered their thoughts on ethical issues affecting the University of Maryland, including the fallout from the death of Maryland football player Jordan McNair and the importance of teaching ethics in classrooms.

One of the panelists, Washington Post investigative reporter and journalism professor Dana Priest, criticized how McNair’s death and the subsequent investigations were handled.

Following McNair’s death in June after collapsing during a team workout, head football coach DJ Durkin and two trainers were placed on administrative leave. Two investigations were conducted, one into the culture of Maryland football and another by an outside consulting firm into the circumstances surrounding McNair’s death.

After both investigations were completed, the Board of Regents — the governing body that sets University System of Maryland policy — recommended the university retain Durkin, while university President Wallace Loh announced his planned retirement after the 2018-19 academic year.

“It bothers me that there’s not enough agitation about the investigation and speaks to the lack of ethics that is missing in university culture,” Priest said.

About 24 hours later — after a wave of public outrage that included almost every prominent Maryland politician criticizing the move, including Gov. Larry Hogan — Loh flip-flopped and fired Durkin. Loh has since announced he will be staying on through the 2019-20 academic year.

There have been numerous events — like McNair’s death — on campus that are deserving of more answers, said another panelist, Ed Priola. The oral communication lecturer for the Agriculture and Natural Resources College encouraged students to challenge the institution if there are times when they believe they should do so.

“Transparency matters,” he said. “It is not the end-all, be-all, but it sure as hell makes a difference.”

James Bond, an assistant director in the Office of Student Conduct, recommended teaching ethics in every classroom across campus.

“We all have the qualities of ethics within us, but the question is, are they practiced?” Bond said. “It’s a skill, but it’s one that can always be practiced, especially when you make tough decisions.”

The role of the university is “to educate students and disseminate knowledge,” but teaching ethics should be included in that, said Philip DeShong, a chemistry professor.

“Nothing says that we have to have the best athletics or create successful businesses, but we have a moral obligation to teach ethics,” the panelist said.

The Professional Ethics Panel was part of a series of events to commemorate integrity week in celebration of the anniversary of the Honor Pledge, the statement students sign to confirm they have not given or accepted unauthorized help on school assignments.

Aharon Garrett, a senior finance major, said ethics should go beyond signing the Honor Pledge before a test.

“Other than that, you don’t see much of it,” Garrett said.