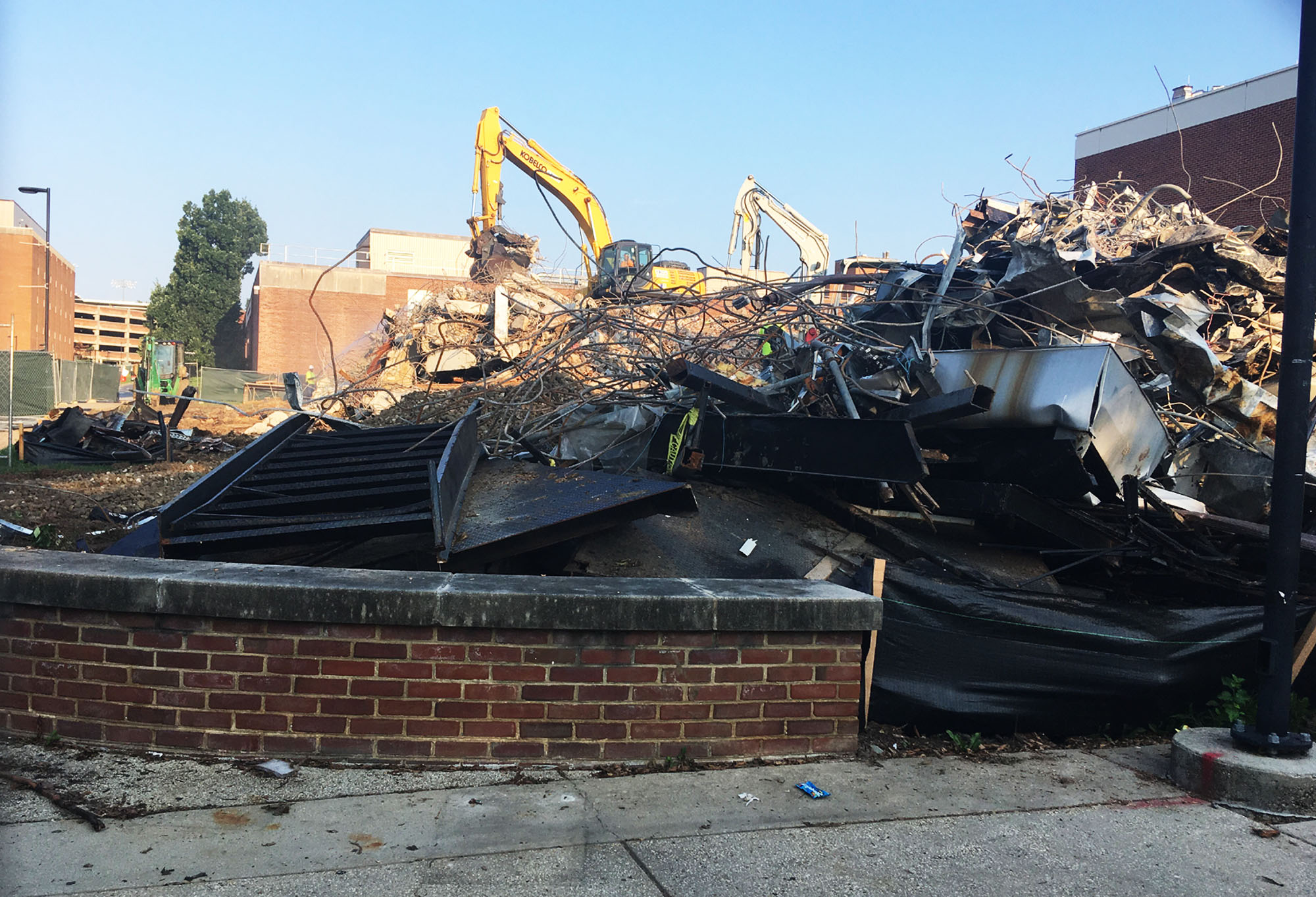 Multiple major construction projects are underway at the University of Maryland. Here’s a look at the status of four of the largest projects happening right now.

Purple Line construction began on campus in June, with the most notable change being the transition of a section of Campus Drive into a one-way street. This change will help facilitate utility relocations and drainage work along the planned route, university spokesperson Jessica Jennings wrote in an email.

Further work across campus, including work in the “M” Circle area, is currently set to begin by early winter.

Building 212 on Rossborough Lane — which housed a Facilities Management electric shop — was demolished to clear space for the railway, Jennings wrote.

The Purple Line is a 21-station light rail line connecting Montgomery and Prince George’s Counties, with five stations located on or near this university’s campus. University administration and finance vice president Carlo Colella said in April that those stops will be free for students, faculty and staff.

Construction is on track to finish in 2022, Jennings said.

The 215,000-square-foot, glass-encased Iribe Center is set to be completed later this fall, with its opening and dedication slated for spring 2019. Furniture is expected to be delivered to the building in the middle of October, Jennings said, and that the currently closed sidewalk between the building and the Glenn L. Martin Wind Tunnel will reopen by the start of the spring semester.

In addition to supporting research in virtual and augmented reality, artificial intelligence and robotics, the building will also host research centers for emerging technological fields such as cybersecurity, computational biology, quantum computing and data science.

Freshman Sanjay Sharma, who is enrolled in letters and sciences and plans to become a computer engineering major, said he thinks Iribe’s new workspaces will “aid a lot in terms of collaboration, an important aspect of computer science.”

“I feel that this new building will definitely help towards generating better computer scientists in the future,” he said.

According to the university schedule on Testudo, a number of classes for next semester are already scheduled to be held in the building.

[Read more: A third of UMD’s buildings haven’t been renovated in over 40 years]

Phase 2 of the Cole Field House site overhaul is slated to finish in 2019. The first phase of the project, which included transforming the existing building into an indoor football practice facility, was completed in summer 2017.

The second phase, which is currently in progress, involves constructing the Center for Sports Medicine, Health and Human Performance and a clinical treatment center. The buildings’ foundations and steel frames are currently being laid, according to Jennings. Portions of adjacent parking lots may be affected by underground utility work.

Additionally, a tunnel connecting the practice facility to the Maryland Stadium locker rooms will be completed next month, she said.

Later this fall, construction crews will break ground on the 60,000-square-foot IDEA Factory, which will be built next to the Jeong H. Kim Engineering Building on the site of the Potomac Building, which was demolished this summer.

The IDEA Factory will host “four laboratories focused on studying robotics, manufacturing, quantum technology and transportation,” Jennings said. She added that the building will have shared work spaces and host arts, business and science students and faculty.

The project is projected to be complete in 2021 and to cost around $50 million. It is partly funded by part of a $219.5 million donation from the A. James and Alice B. Clark Foundation — the largest in the university’s history.