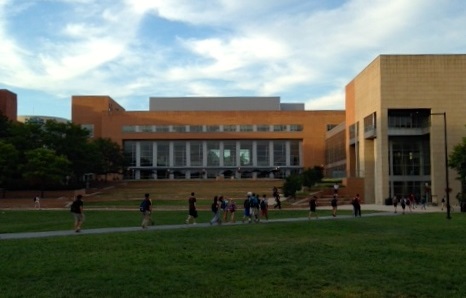 The University System of Maryland announced this month the launch of its Maryland Momentum Fund, which will provide $25 million to support startups formed within the system.

The university system has already committed $10 million to the initiative, and is working alongside the University of Maryland, Baltimore County as well as UM Ventures — a joint research and innovation program between this university and the University of Maryland, Baltimore — to obtain the remaining $15 million from local venture capitalists and angel investors, said Julie Lenzer, UM Ventures co-director.

“[The Maryland Momentum Fund] will provide funding for startups where there might be a gap between other sources of funding,” said Lenzer, noting that funding will range from $50,000 to $500,000. “We can keep companies moving toward the most promising technologies, and keep them moving forward until they get to the next milestone or stage.”

This early-stage investment fund is designed to help startups created by faculty, students or alumni within the university system’s 12 public institutions, said Thomas Sadowski, the system’s vice chancellor for economic development. Companies founded within system research parks or incubators, such as this university’s Startup Shell, are also eligible.

Five years ago, the University System of Maryland’s Committee on Economic Development and Technology Commercialization set a goal of creating more than 300 startup companies within the system by 2020, Sadowski said. Since that time, it’s helped jump-start more than 500 companies, he added — easily surpassing its goal.

“What we found is access to investment capital is a key to a [startup’s] ultimate survival and sustainability,” Sadowski said.

Maryland Momentum funding will come in three different tiers, Lenzer said. The first level of funding — up to $50,000 — will be given to startups that are the in the earliest stages of creation. This could mean they haven’t generated any revenue or served real customers yet, she added.

The second level of funding, called series A, will be for companies that have paying customers but need funds for raw materials, inventory or other opportunities, Lenzer said. Series A funding ranges from $50,000 to $500,000, and will be based on each company’s progress and needs.

The third level of funding will range from $200,000 to $500,000 and is for companies that may have already received funds similar to series A type-funding, Lenzer said. She noted it all depends on how much a company has raised so far and where they are in the fundraising process.

All investments that exceed $50,000 will require at least a one-to-one match by an outside angel investor or venture capitalist, she added.

“The reason it was called the momentum fund is because we want to be giving them momentum to get funded from other people down the line — maybe where there isn’t much funding available,” Lenzer said.

Interested startups can apply for the Maryland Momentum Fund on a rolling basis, according to the application website.

In May or early June, a steering committee that includes Sadowski and Lenzer will present the first round of startups to an external advisory board consisting of entrepreneurs, venture capitalists and business minds, Sadowski said.

This external board will analyze the vetted group of startups and ultimately help determine which companies are most deserving of funding, Sadowski said.

“[The Maryland Momentum Fund] signals a point in time where the system really wants to become an engaged partner with our institutions,” Sadowski said. “We want to be a partner with all of our institutions in that regard, and putting this fund in place is a big piece of the puzzle.”