Maryland basketball is still a projected No. 5 seed in the NCAA tournament 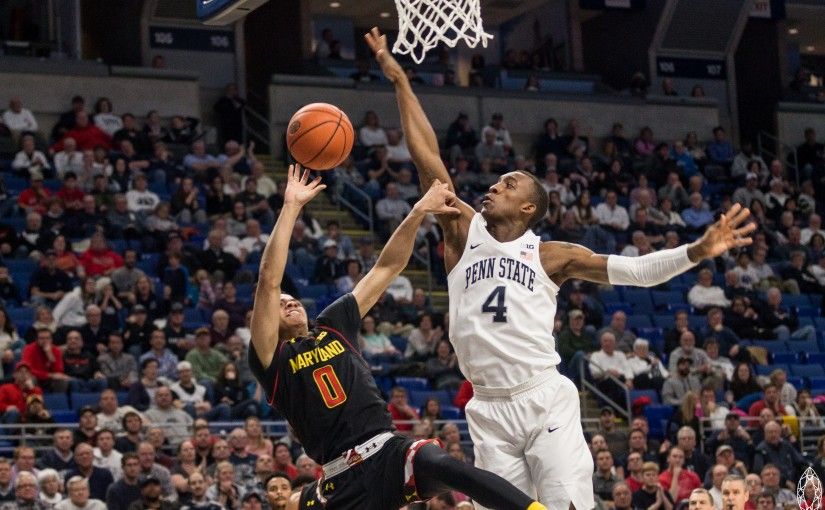 Guard Anthony Cowan is blocked at the rim during a layup attempt in Maryland men’s basketball’s 70-64 loss to Penn State at the Bryce Jordan Center on Feb. 7, 2017. (Marquise McKine/The Diamondback)

After wins at Iowa and against Ohio State, Maryland seemed to be back on track headed into the final stretch of the regular season.

Those hopes were shattered quickly with a blowout loss to Penn State on Wednesday, followed by another flash mob loss to Michigan on Sunday. Even though those two losses made the Terps lose control of a double-bye in the Big Ten Tournament, all hope is not lost.

According to ESPN’s Joe Lunardi, Maryland didn’t lose ground nationally and is still predicted to be a No. 5 seed in the NCAA Tournament.

Heading into last week’s games, Maryland was ranked No. 17 in the AP Poll and projected to be a No. 5 seed in the East Region. The Terps fell to No. 24 in the most recent AP Poll but their seeding in the eyes of Lunardi, and hopefully the selection committee, hasn’t changed.

As it stands right now, Maryland would play the winner of a First Four game between Temple and Seton Hall. The Terps were unable to close out Seton Hall at home earlier this season.

If Maryland were placed in the East Region it would have the possibility of playing in the Sweet 16 and Elite Eight at Capital One Arena in Washington, D.C.

We don’t want to get our hopes up again, but we can’t help but to imagine Maryland playing Duke, Virginia, or Michigan in D.C. with a ticket to the Final Four on the line.