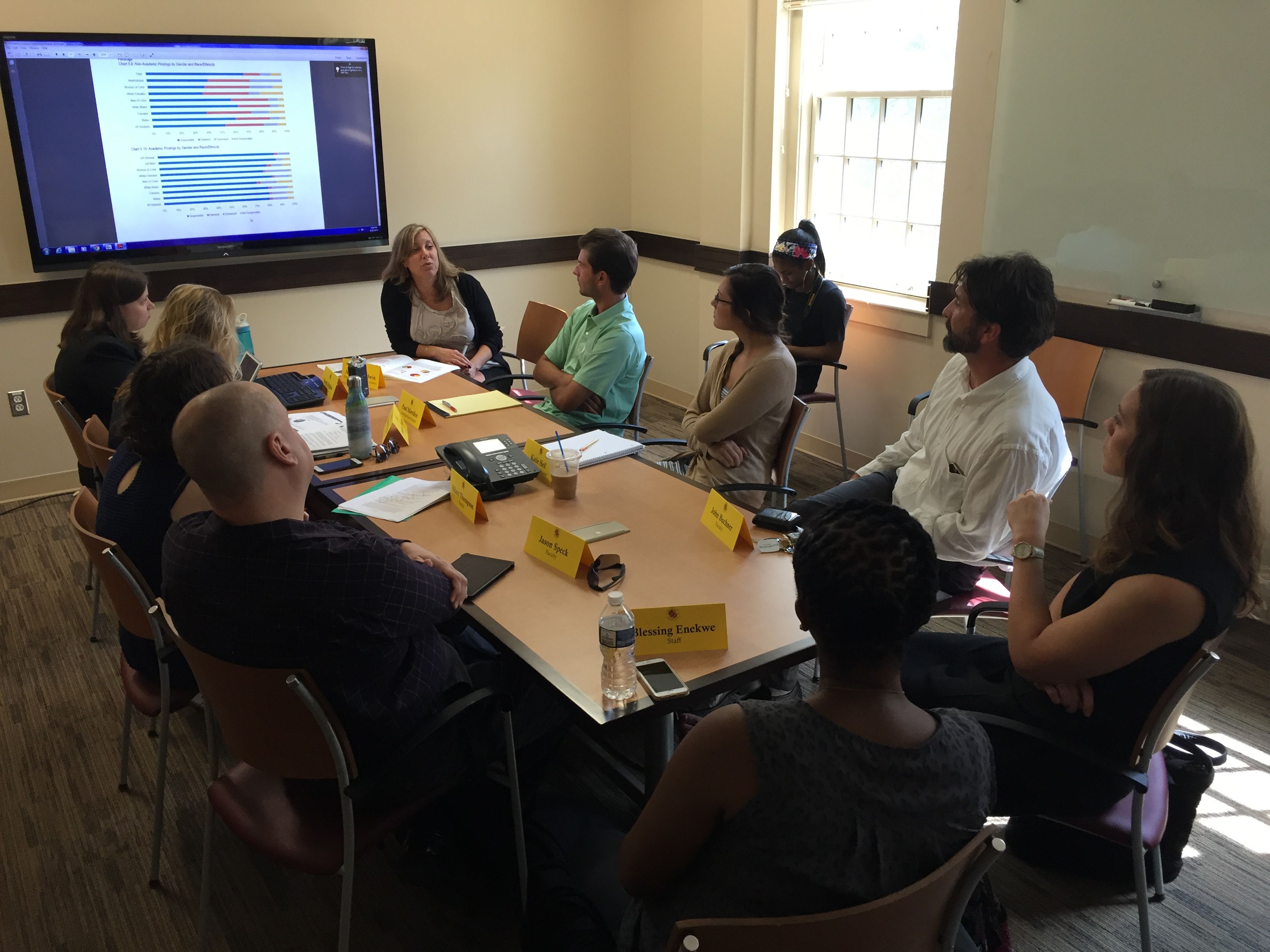 Members of the University of Maryland’s Student Conduct Committee met Monday, Sept. 25 to discuss the 2016-17 annual report (Photo by Harrison Goldstein/ For The Diamondback).

The University of Maryland officially revised its Code of Academic Integrity, defining self-plagiarism as a form of academic dishonesty, among other changes announced in a campuswide email Thursday.

“Reusing work completed for one course in a different course without permission of the current instructor … is and always has been a form of academic dishonesty,” Andrea Goodwin, the university’s student conduct director, wrote in the email. “In practice, these allegations have been handled under the current definition of plagiarism, but the committee felt that the Code should make it clear to students that this is prohibited.”

The changes, which went into effect Jan. 1, are designed to align this university’s Honor Code with those at peer institutions in the Big Ten and the University System of Maryland, according to the email.

The revisions also created a board to evaluate Honor Code violations during breaks or when it would be difficult to convene a full board. Called a Disciplinary Conference Board, the panel would consist of two students from the University Student Judiciary and one faculty member from the Office of Student Conduct.

A Disciplinary Conference Board could be used to resolve matters if the alleged act of academic dishonesty would not normally result in suspension or expulsion. Previously, all such violations would be heard by a board of three students.

The revisions also clarified the rationale of the Honor Pledge, the written statement students are encouraged to copy and sign on assignments such as tests or papers. The new academic integrity code emphasizes that the pledge is voluntary, rather than mandatory.

“The Honor Pledge is meant to be an affirmative step taken by the student to show their commitment to academic integrity in all of their work, not a compulsory directive from instructor to student,” Goodwin wrote. “There has been a misunderstanding of the Honor Pledge in this way in the past, so this language is provided to clarify [its] role.”

The University Senate voted 87-1, with 2 abstentions, to approve changes to the Honor Code at its December meeting. The recommendations were then signed off by university President Wallace Loh after “a period of review and comments from the University Community.”