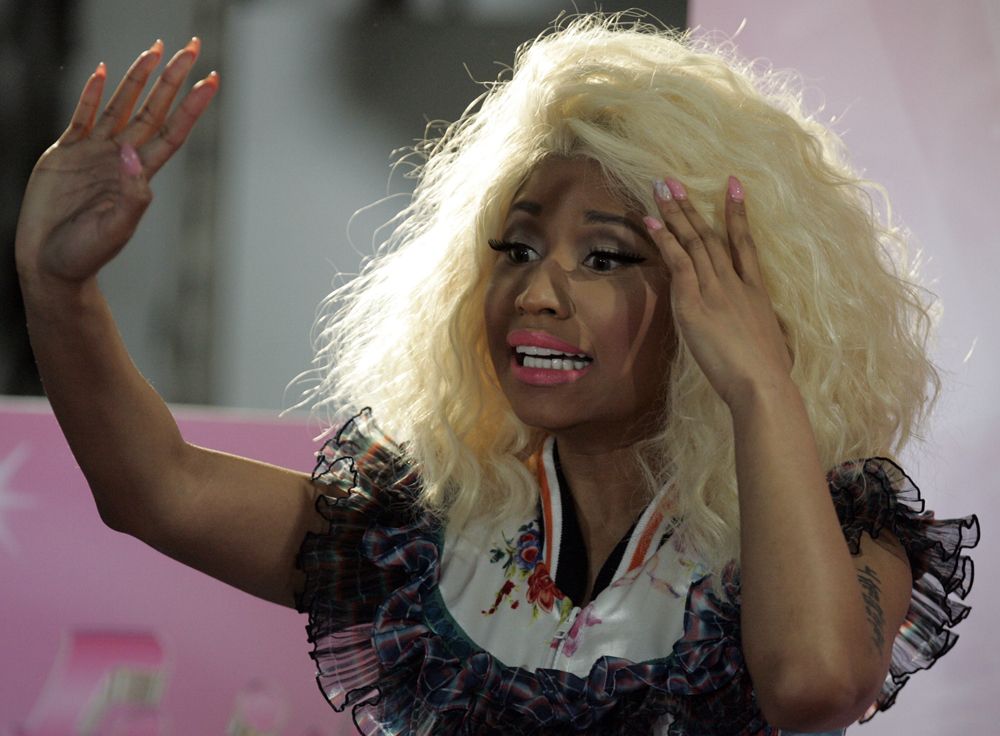 As a former diehard fan of the self-proclaimed Queen of Rap, I’ve made the painful, heart-wrenching decision to announce my formal cancellation of Nicki Minaj.

When you hear the name Nicki Minaj, either it leaves a bad taste in your mouth, or you don’t care. Did you know that she released three wildly mediocre remixes — “Barbie Drip,” “Barbie Goin Bad” and “Bust Down Barbiana” — in only the past week on Audiomack? (Who still uses Audiomack?)

If you still stan Nicki, I beg you to not drag me on Twitter, but rather to hear me out. After years of closely following her every tweet and waiting for every verse of hers to drop, I simply find her morally questionable antics too much to tolerate.

My primary reason for revoking my support of Minaj is her continued, unabashed support for abusers.

Minaj announced her relationship with Kenneth “Zoo” Petty over Instagram in December. Petty is a registered sex offender from a 1995 conviction of attempted rape in the first degree. In 2006, he pleaded guilty to manslaughter and served seven years in prison.

This comes after Minaj’s failure to publicly address the reputation of her older brother Jelani Maraj, who was found guilty for the sexual assault of a child in November 2017.

Let’s not forget her two collaborations, “FEFE” and “MAMA” with Daniel “6ix9ine” Hernandez. In 2015, Hernandez pleaded guilty to use of a child in a sexual performance.

It’s hard to call yourself a fan of someone with such a low standard for basic human morality. And while Minaj’s morally questionable friends were the tipping point of this shocking cancellation, there have long been contributing factors.

In August, Minaj released her fourth studio album, Queen, which, simply put, was not good. Anyone who’s heard her recent verses knows her lyrics have become tired and worn-out. We get it, Nicki. You broke Aretha Franklin’s record. You have a lot of money. These bitches are your sons. Got anything new?

Minaj hasn’t helped her reputation by picking fights with some of the most popular, influential names in music. She took shots at Travis Scott after Queen debuted on the Billboard Hot 200 at No. 2, below Travis’ album Astroworld. And don’t even get me started on the ridiculousness that is her ongoing feud with Cardi B.

One of the reasons Cardi B has quickly gained and maintained her place in the rap spotlight is her continued support for smaller up-and-coming female rappers. She recently collaborated with rap duo City Girls on their hit song “Twerk.” Cardi also featured City Girls at her concert for the release party for her Fashion Nova fashion line in November, along with other female rappers like Saweetie and Dream Doll.

On her four studio albums, Minaj has only one collaboration with another female rapper: “Coco Chanel,” featuring Foxy Brown, one of Minaj’s personal idols.

With so many female rappers on the come-up like Lizzo, Megan Thee Stallion and Rico Nasty, 2019 could potentially be the year women take over hip-hop. If Minaj isn’t careful, she could be left behind.

I will acknowledge the fact that in the years of her rap ascent, she faced much hardship in people trying to discredit her work or undermine her achievements. But recently, it seems she’s been adding fuel to her own fire.

Minaj hinted on one of her recent remixes that her fifth album could be close on the heels of Queen. Could she make a comeback? Potentially. But she’s going to have to put aside her ego if she wants any chance of that, let alone the chance to finally snatch her first No. 1 on the Hot 100.

Until that day, I’ll listen to my reliable, sweet Kacey Musgraves, who I know will never let me down. And occasionally, I’ll nostalgically gyrate my body to the underrated Queen gem, “Good Form.” But you didn’t hear that from me.