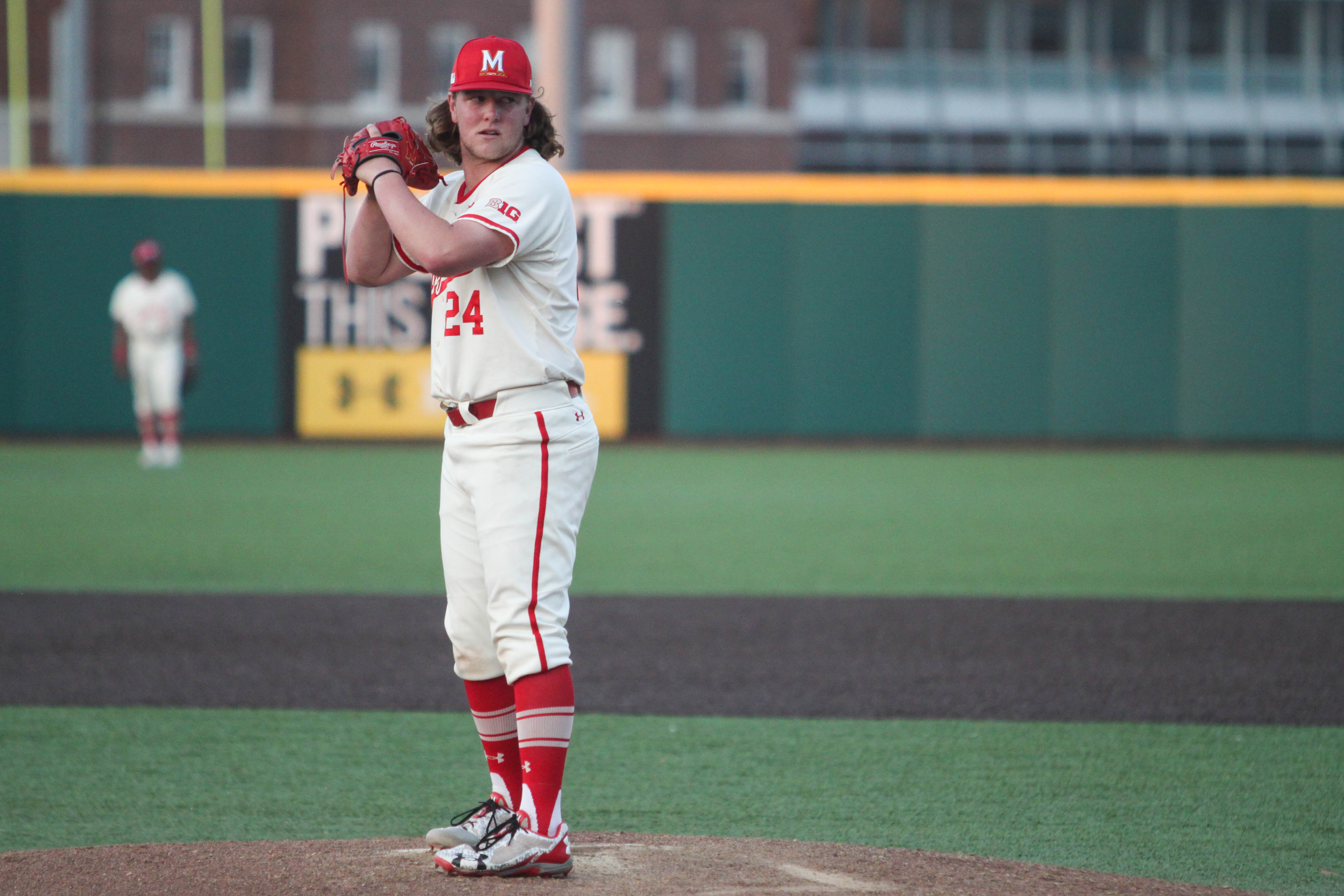 For a unit that prides itself on rowdy dugout antics, the Maryland baseball team was silent in the fifth inning of its 11-3 loss to Northwestern on Saturday afternoon.

Then when assistant coach Ryan Fecteau approached the mound to remove right-hander Jamal Wade, who walked in a pair of runs, he pointed his finger upward instead of toward the Maryland bullpen. On a 2-2 fastball to Wildcats center fielder Jake Schieber that just missed the outside corner, Fecteau crouched and stared at the ground. A brief argument with home plate umpire Darren Budahn seemingly resulted in a dugout warning moments prior.

A day after right-hander Brian Shaffer allowed just one run over eight innings in the Terps’ win Friday night, Fecteau’s pitching staff struggled to get ahead of the Wildcats hitters.

It started with left-hander Tyler Blohm, a Big Ten freshman of the year candidate who has now posted back-to-back short outings. Blohm followed his last start against Illinois, one in which he allowed six runs over 2.2 innings, with a four inning outing against the Wildcats, who sit in the bottom-fifth of the Big Ten conference standings.

Catcher Nick Paciorek’s home run to left field in the third gave Wildcats right-hander Hank Christie a lead, but Blohm still had a chance to settle in. Catcher Justin Morris’ solo home run and an RBI groundout in the bottom of the inning gave Blohm a one-run advantage.

However, an error and RBI groundout plated two more Northwestern runs in the fourth before Blohm departed. Over four innings, Blohm allowed two hits and three runs while walking two and striking out three.

Then, the Wildcats capitalized in the fifth against two of Maryland’s most consistent relievers. Right-hander Ryan Hill allowed four hits to the next four he faced. Wade walked three and allowed two runs without recording an out. By the time right-hander Jared Price entered with the bases loaded, the Wildcats had put together the type of offensive burst the Terps are used to generating.

Fecteau alternated between crossing his arms and resting his head on the dugout railing. When Price retired shortstop Jack Dunn to the end the inning, the dugout clapped quietly.

All season, Maryland has been adamant it doesn’t feel it’s out of games regardless of the score. But it hadn’t faced such a daunting deficit since a 14-0 loss to LSU on Feb. 25, and Christie eliminated any chance of a comeback. Dunn’s solo home run in the eighth was Maryland’s first hit since the third.

In the ninth, Fecteau watched right-hander Hunter Parsons load the bases with no outs in the corner of the dugout. The Wildcats added a run to their lead, but it didn’t matter. Fecteau couldn’t hide from one Maryland’s most lopsided losses this season.