Review: ‘Once’ is thoroughly enjoyable at National Theatre 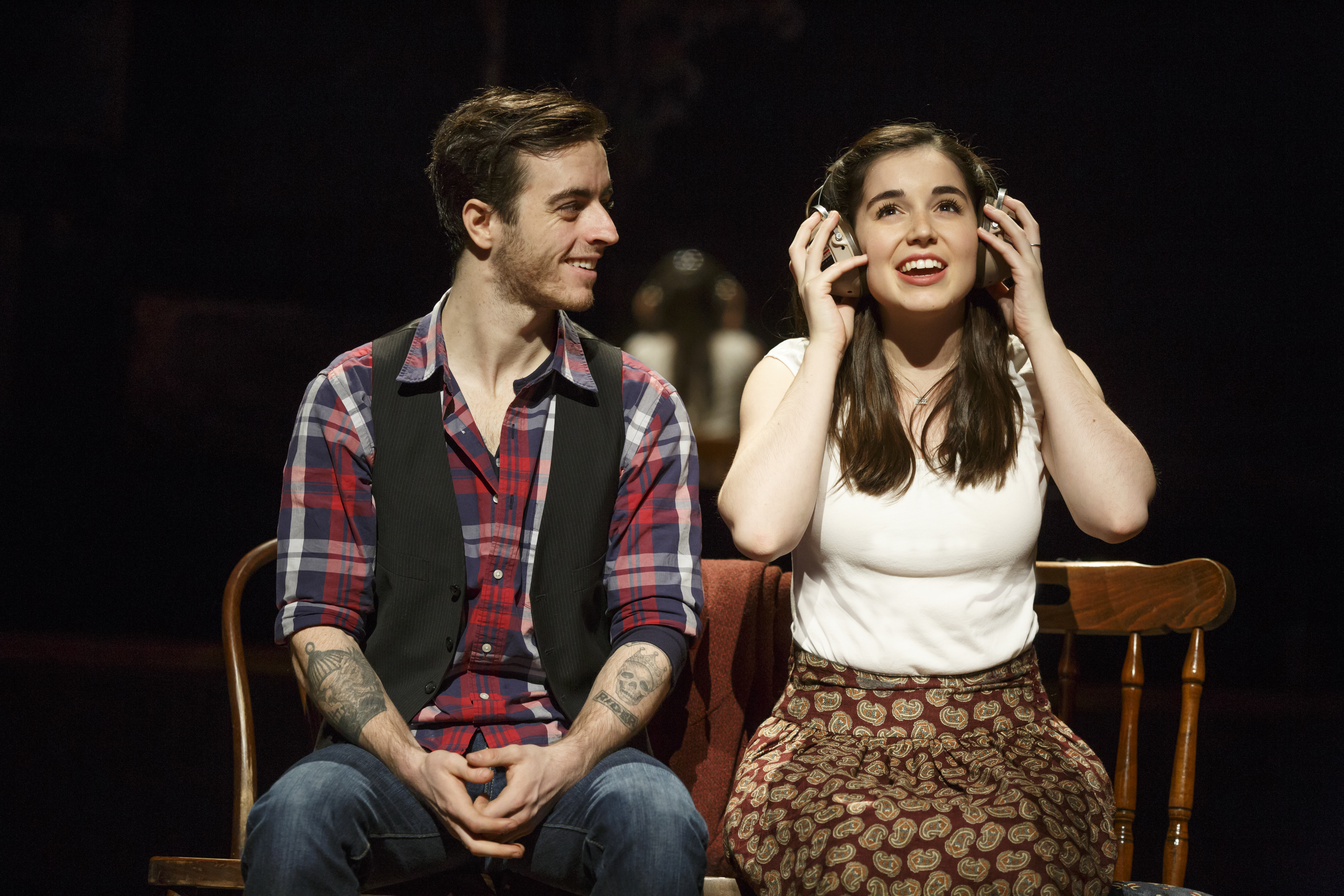 As the audience filed into the National Theatre, they had the option of walking up to a set that had been turned into a functioning bar to purchase drinks as the cast performed impromptu songs up close.

The fun didn’t stop when the real performance began. Throughout the entire show both the cast and the audience were immersed in the joyous experience.

Once, set in Dublin, follows two people (identified only as “Guy” and “Girl”) as they fall in love. When Girl meets Guy, he is lost — he feels stuck thinking about a past relationship and the songs that he writes and sings reflect that.

As the show continues, Guy begins to have romantic feelings for Girl. Girl, who is trying to reconcile with her estranged husband, tells Guy that the nature of their relationship can’t stay that way. Rather than cut ties, they continue to grow closer as an unsaid, unavoidable end approaches.

Once is a musical that connects with everyone on some level. This Dublin love story could be about any set of people, something that the creators maintain by leaving the two leads nameless.

The set design at the National Theatre helped the audience connect to the musical. Mirrors lined the back of the set, making the stage feel twice the size, further immersing the audience in the show.

And even when cast members were not in a scene they were still a part of the performance, as they sat along the perimeter of the stage playing instruments and serving as the orchestra.

Once also pays tribute to Irish culture, predominantly through the show’s folksy music and country twang in a lot of the songs.

There are also a lot of references to elements of Irish society, including name drops of Bono and Van Morrison.

Once is both visually and musically pleasing. There are songs that make you want to dance like “Broken Hearted Hoover Fixer Sucker Guy,” and songs that pull at emotions like “Gold (A cappella).”

The entire experience of watching Once was incredibly enjoyable, making the show deserving of the eight Tony Awards it received in 2012. The cast looked like they were having fun the entire time they were performing and the audience got to experience that joy up close.