Review: ‘Collage’ brings more of the same from The Chainsmokers 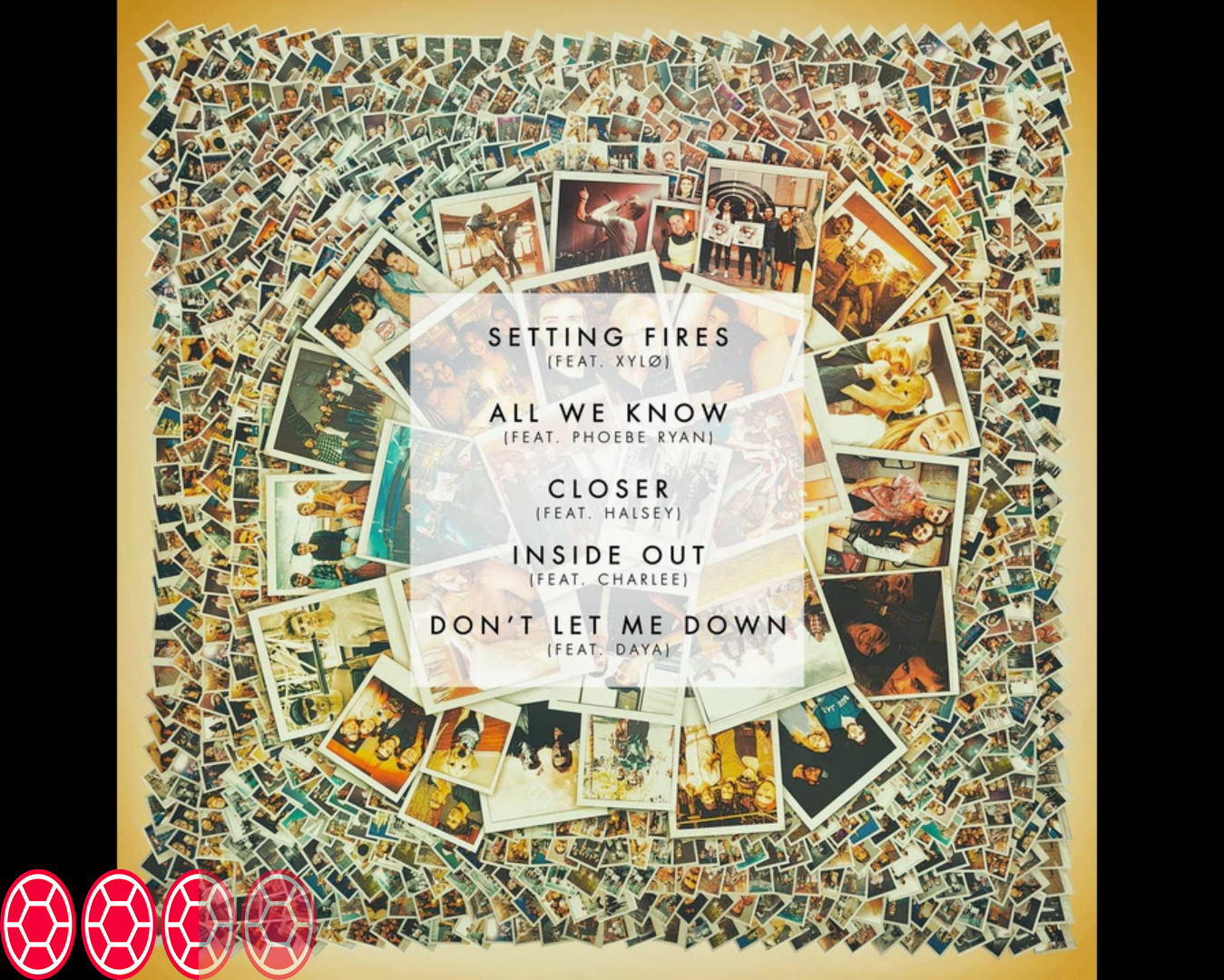 From the first computer-generated drum beat on The Chainsmokers’ new EP Collage, Andrew Taggart and Alex Pall pull the listener into an 18-minute electro-pop journey that explores toxic relationships and the struggles that come with them.

Collage, released Friday, is driven by the only new song on the EP, “Setting Fires.” The track is not all that different from the duo’s older songs, but that is not a problem. The mixture of hard-hitting vocals and synth-heavy beats works just as well as it did on the duo’s chart-topping hit “Closer,” also included on the EP.

“Setting Fires” starts off fast, almost psychedelically — a word that I would not use to describe the other songs on the EP. But as the song builds, elements from older tracks may be heard.

By the time the chorus of “Setting Fires” comes around, the volume of the synth melody has increased until it encompasses the vocals of featured artist Paige Duddy, one half of the duo XYLØ. The synth and the drum patterns grow as the song continues, striking a good balance between vocals and melodies.

On the track, Duddy sings about being caught in a toxic relationship in which one person finds it “easier to burn than it is to heal.” This person is willing to self-immolate to make the other person comfortable and happy.

Musings about toxic relationships is a theme that connects all of the EP’s songs.

“All We Know” and “Closer” explore the struggles youths have in romantic relationships. The Chainsmokers show through their lyrics how young couples pursue each other even if the relationship between them is unhealthy.

On “Closer,” Taggart and featured artist Halsey sing “Four years, no calls/ Now you’re lookin’ pretty in a hotel bar/ And I-I-I can’t stop,” showing how easy it is for people who were once young and in love to forget the reasons that their relationship did not work and run back to each other.

On “All We Know,” Taggart and Phoebe Ryan sing “Hit this and let’s go/ Blow the smoke right through the window/ ‘Cause this is all we know.” This line shows how the two young people, who self identify as “fading lovers,” cling to the only things that they know — fast-paced lifestyles of riding around in cars and smoking.

“All We Know” also connects to “Setting Fires” through the symbolism of flames representing dying relationships. On “All We Know,” Ryan sings “Fighting flames with fire,” presenting two people trying to save their relationship but only hurting themselves in the process.

The EP leaves the listener wanting more because there is only one new song, but aside from that the songs flow well together.

The fact that Collage provides more of the same from The Chainsmokers is not a bad thing. The duo has found a formula that works and they are using it. By pairing an upbeat new song with four of their critically acclaimed singles from 2016, the duo has created an EP worth a listen.