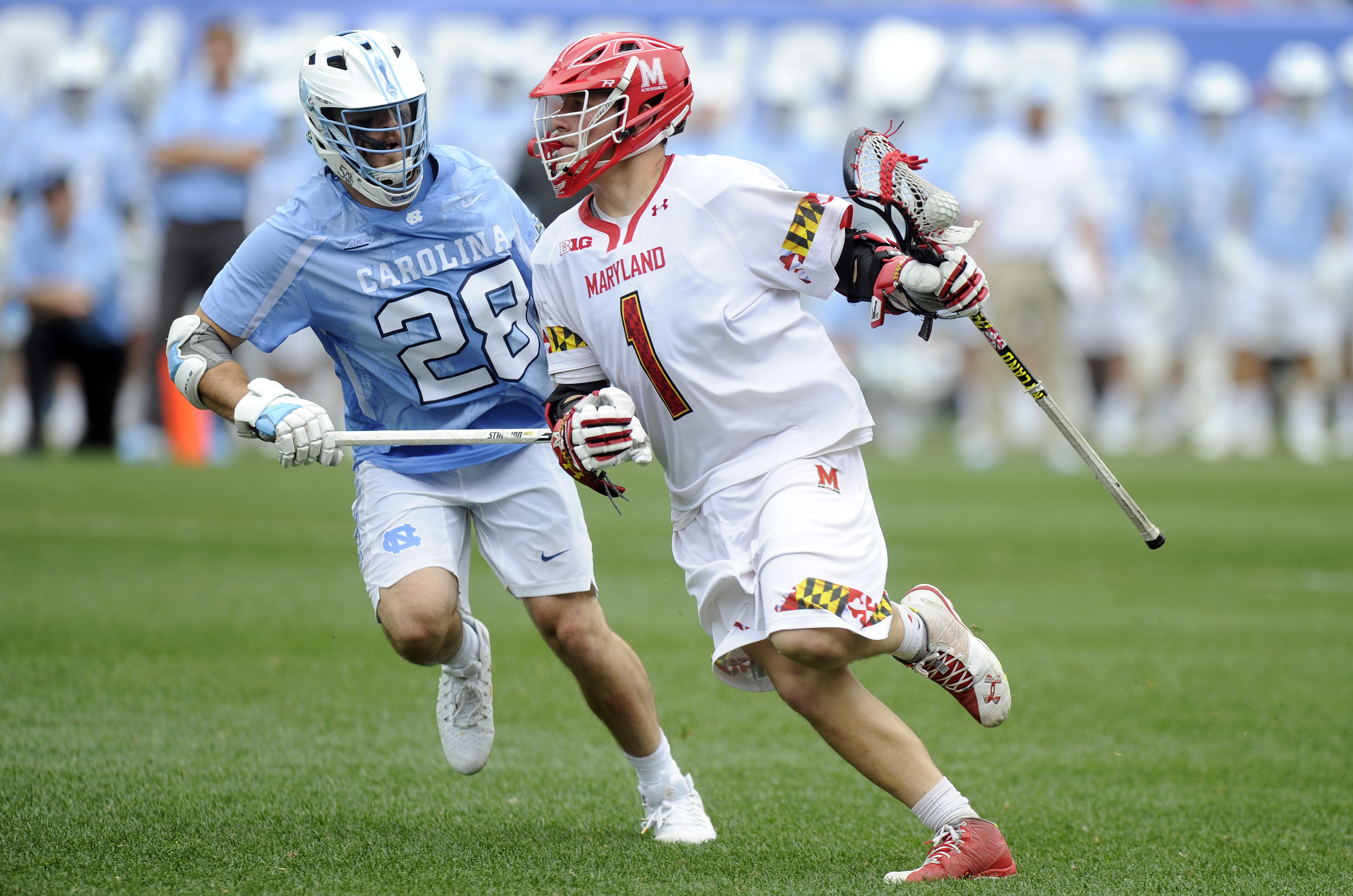 PHILADELPHIA — Maryland men’s lacrosse defender Tim Muller stormed toward the sideline and ripped off his gloves, slamming them to the ground with his stick before hunching over. Midfielder Isaiah Davis-Allen dropped to a crouch on the other side of the field, staring at the turf. Behind the net, goalkeeper Kyle Bernlohr lay on his back, motionless.

North Carolina had just scored the game-winning goal in overtime of the national championship, handing the Terps their first loss in 86 days on the one stage they have yet to prevail in four chances under coach John Tillman.

Minutes later, the Terps stood shoulder-to-shoulder around Tillman on the sideline while the Tar Heels pulled championship t-shirts over their jerseys. Tillman told his players he was proud and that he loved them.

Recounting the memory during the postgame press conference brought the sixth-year coach to tears. Alone at the dias in the bowels of Lincoln Financial Field, Tillman paused, wiping tears from his bloodshot eyes, the sting of the Terps’ 14-13 overtime loss almost too much to articulate.

“I’m so proud of them,” Tillman said, with his voice speeding up before breaking down with emotion. “That’s the hardest part as a coach … It’s never about us. It’s always about them, and this group’s awesome. Absolutely awesome.”

In the waning minutes of regulation, the Terps appeared poised to leave the program’s ninth championship appearance in the last 41 years with their first crown since 1975. Behind attackman Matt Rambo and midfielder Henry West’s team-leading six points apiece, Maryland boasted a two-goal lead midway through the fourth quarter.

But with less than four minutes left in regulation a two-score, 32-second spurt from North Carolina, playing on championship weekend for the first time since 1993, forced overtime, when the Tar Heels ensured the Terps left Philadelphia with the second-place trophy for the second-straight year.

“We kept battling,” North Carolina coach Joe Breschi said. “We never wavered in our faith and trust and belief that we were going to win.”

The Terps managed two shots before the fourth-quarter horn sounded. Rambo fed Colin Heacock on the crease, but the junior’s look ricocheted off the crossbar. Bernlohr collected a ground ball on the other end to position Rambo for a look out of the Terps’ last timeout.

“It’s just a bang-bang play,” Goldstock said. “I wasn’t thinking, and I can’t blame that on anyone but myself.”

There was no faceoff to start the overtime period — faceoff specialist Austin Henningsen finished 19-for-30 at the X — so the Terps spent the break before the extra frame discussing a versatile look so as not to waste the remainder of the one-minute advantage re-organizing their formations.

Midfielder Connor Kelly, who finished the game with four goals after scoring six points in the teams’ regular-season meeting March 26, an 11-8 Terps triumph in College Park, took the first overtime shot from the left side of the crease, falling into the circle as Balkam scooped the stop.

“I think it was just inches away from putting that ball in the back of the net,” Tillman said. “I’d give that guy the ball in overtime any time. That kid’s a great one.”

Out of the timeout Breschi called once the Tar Heels cleared to offense, Bernlohr blocked the first shot from Tar Heels attackman Chris Cloutier. In the scrum in front of the net, the players jockeying for possession, defender Mike McCarney drew a cross-checking foul.

Maryland’s man-down unit, ranked third in the country having allowed 12 goals in 50 shorthanded chances entering Monday’s match, couldn’t withstand Cloutier’s second look on the possession as the sophomore slung his fifth score of the game into the lower right corner of the net, his hands flying into the air to celebrate the first-ever national title for an unseeded squad.

“Just to see us not come out on top,” attackman Dylan Maltz said. “It’s the worst feeling you can imagine.”

Maltz finished with two scores and one assist, helping the Terps emerge from what he called a “roller coaster ride” of a first half with an 8-7 lead, the team’s first intermission advantage in its four national championship appearances in Tillman’s tenure.

The Tar Heels had a 4-0 lead after the game’s first four minutes and 10 seconds elapsed, and the junior’s points came in the Terps’ ensuing 4-0 run over the next five minutes and 32 seconds. Maryland also finished the half with three unanswered goals, the last of which Rambo punched in from the right crease, turning to the Maryland fan section, thrusting his arms up.

The crowd, a sea of red behind the team’s bench, roared louder as Heacock poured in two scores and Kelly tacked on one to put the Terps ahead by two after the third quarter ended in a tie, 10-10. A few of the reserve players celebrated Heacock’s second tally with a chest bump so forceful it left them in a heap on the sideline.

But the ovations gave way to silence as the Tar Heels stormed across the field, leaving their equipment cluttered across the Terps defensive zone, climbing into the stands to celebrate their championship triumph. The Terps lingered on the field, their 16-game winning streak stopped one victory short of their ultimate goal.

“The closer you get,” Tillman said, “the harder it is when you lose.”