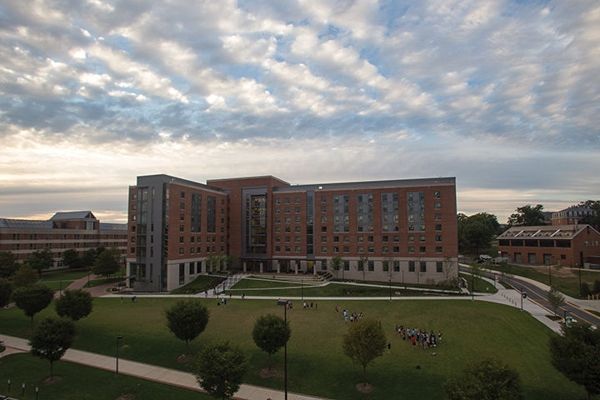 After she received her acceptance letter to the University of Maryland for the spring 2019 semester, Lillian Goodwin was anxious to begin her journey at a new college.

Goodwin, a sophomore enrolled in letters and sciences, had transferred from Mt. San Jacinto College in rural California. She said she knew securing housing as a transfer student would be a challenge, as it was the middle of the academic year. But after her spring orientation, she said she was left frustrated about her future housing arrangements.

She applied for on-campus housing, but said she wasn’t notified she was accepted until a week before classes started, adding that housing wasn’t significantly mentioned at orientation.

“It was like being dropped into the middle of the ocean,” she said. “You have to fly all the way over here and get settled in just three days.”

“I think they assumed that we were all going to be living off-campus,” she added.

Olivia Antezana, a mentor in the Transfer and Off-Campus Student Life organization, said this year was challenging for transfer students seeking on-campus housing.

“We had an influx of new students, especially new freshman this year,” said Antezana, a senior psychology major. “We weren’t fully prepared for it, so it was really hard to accommodate them.”

According to the University of Maryland Institutional Research, Planning and Assessment website, 2,338 new transfer students were enrolled in the 2018 fall semester. IRPA has not yet published the total transfer students for the spring semester.

Of those who were enrolled in the fall, only 134 students were able to receive housing on campus, which includes those coming to or returning from study abroad programs, said Tracy Kiras, a spokesperson for the Department of Resident Life.

Kiras stressed that housing priority is always given to first and second-year students and that transfer students often end up falling at the end of the priority list for on-campus housing.

“We were focused and determined on relocating students who wanted to be out of the lounge situations,” Kiras said, referring to the dozens of university students who had to live in dorm lounges across the campus during the fall semester, because more students accepted enrollment to this university than Resident Life anticipated.

Kiras could not confirm the total number of transfer students that were turned away from on-campus housing this year, but said the department encouraged students to find other housing options using the off-campus housing database.

For many transfer students who were hoping to live on campus, off-campus housing was not in their budget. Gabby Christopher, a sophomore sociology major, transferred to this university last fall, and is still waiting to get housing on campus.

“Right now we’re struggling to find off-campus housing since our application for on-campus housing is basically a no go,” Christopher wrote in a message.

“We’re currently sophomores so we thought we should be able to get on-campus housing in the fall [of 2019], especially since it’s so early,” Christopher said. “But since we’re also transfer students, they rank us pretty low.”

While some transfer students voiced concerns about on-campus housing, others say they were adequately accommodated by Resident Life.

Sophomore criminology and criminal justice and psychology major Daniel Trovato transferred to the university from the Community College of Baltimore County. He said that although the transition was stressful, he was able to secure on-campus housing.

“Initially they told me they didn’t have housing for me,” he said, but later dorm spaces eventually opened up.

“Otherwise I would have had to commute everyday,” he said.

Despite her initial anxiety about finding housing this semester, Goodwin was offered a spot on campus in Easton Hall, before eventually moving off campus where she said she was offered a better deal on rent.

“I was lucky enough that I got a deal that was cheaper than what I was paying for at the dorm,” Goodwin said, adding that she wished she was given more time and information from the university to make informed decisions about where she would be living.