Maryland wrestling can’t take advantage of fast start in 30-9 loss to No. 15 Wisconsin 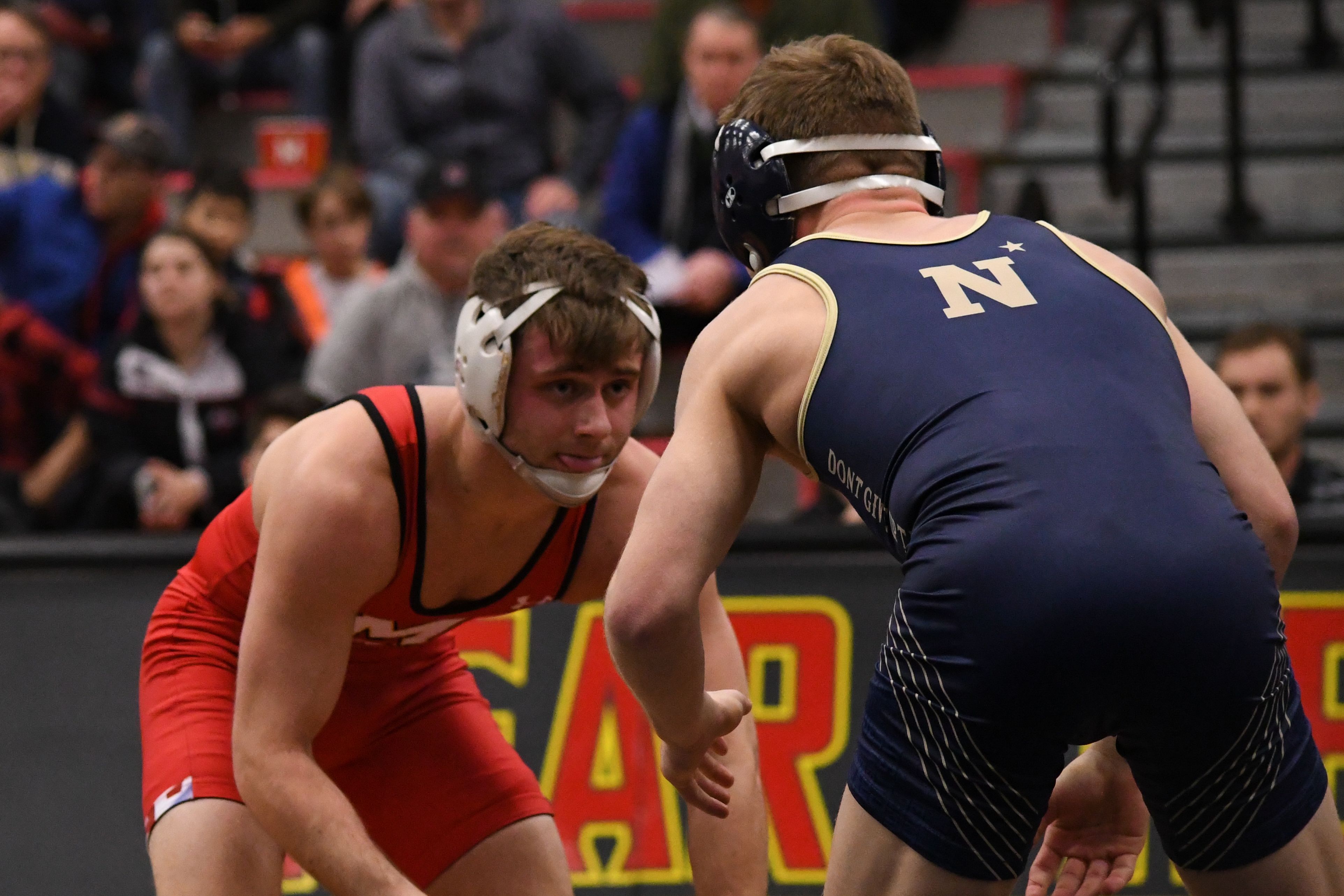 For the second straight week, Maryland wrestling’s 125-pounder Brandon Cray started off the dual strong with a quick takedown of his opponent. Unlike last week, though, Cray was able to keep the pressure on.

Cray’s victory gave Maryland its first lead in a dual this season and with a fired up Xfinity Pavilion crowd, it looked as though the winless Terps had finally found a spark.

It was almost all downhill for the Terps after Cray’s opening match win but it was a big moment for the Steinert, New Jersey native — it was his first dual victory of the season.

Cray found himself ahead 6-1 at the end of the first period after an aggressive flurry of takedowns and looked as confident as ever. Wisconsin’s Ethan Rotondo struggled to find any offense and Cray took advantage. He came out on top, 8-3, and got his long-awaited dual win.

“It feels good obviously,” Cray said. “I’m just looking to use this as a spark for me. I’ve been putting in the work and I’m going to use this momentum of the match to carry on. The end of the season is the big goal.”

However, all of Maryland’s momentum was quickly taken away as 133-pound freshman Orion Anderson followed up Cray’s performance by getting pinned by the Badgers’ Jens Lantz.

The Terps’ once-promising three-point lead had swiftly evaporated, and Maryland would never get the advantage back.

141-pounder Danny Bertoni made his dual season debut for the Terps but fell by major decision to the No. 8-ranked Tristan Moran. So, as he has all season, 149-pounder Alfred Bannister entered his match with his team in a hole.

In a tight battle with No. 11-ranked Cole Martin, Bannister held a 3-2 lead late in the third period. Bannister fought off several strong takedown attempts but with 10 seconds left, Martin was able to snag his leg and steal the match, 4-3.

With one of Maryland’s stars falling in excruciating fashion, the Terps’ fate was all but sealed.

Filling in for an injured Adam Whitesell, 157-pounder Jahi Jones was taken down early and often, ultimately losing by decision. 165-pounder Philip Spadafora was taken down three times in the first round and fell by major decision to No. 3-ranked Evan Wick.

After building a 12-3 lead in the second period, Ugalde was finally able to put Spray onto his back and the Badger was dead to rights.

“He wrestled the way that we know he’s capable of wrestling,” McCoy said. “It was nice for him to get that and break through.”

Ugalde said his recent injuries didn’t affect his mentality, and that he was focused on maintaining his personal style.

“I go into every match with the same attitude,” Ugalde said. “Hoping to win, hoping to dominate, hoping to be the best that I can. And today, I happened to get some bonus points for the team. It feels good.”

184-pounder Kyle Jasenski has been a bright spot with several dual victories this season for the Terps but after a tight bout, he couldn’t bring his team any closer, putting the dual out of reach.

After another loss by 197-pounder Niko Cappello, all eyes turned to the anticipated matchup between ranked heavyweights No. 8 Youssif Hemida and No. 9 Trent Hillger.

Wisconsin’s Hillger struck first, taking Hemida down midway through the first and holding him down for the rest of the period.

Hemida returned the favor in the second by reversing Hillger’s hold and tying the match. Staring down a deficit in the third period, Hemida couldn’t grab a hold of the slippery Hillger and lost his first dual match of the season, 5-2.

A dual that Cray started with hope and optimism rapidly became defined by losses by both the Terps’ supporting cast and senior stars. McCoy acknowledged that the Terps will have to make significant changes to their approach if they want to avoid a winless dual season.

“The attitude and effort was off today,” Mccoy said, “and that’s why the results didn’t follow.”