Review: ‘pen15’ show absolutely nails what it’s like to reflect on middle school 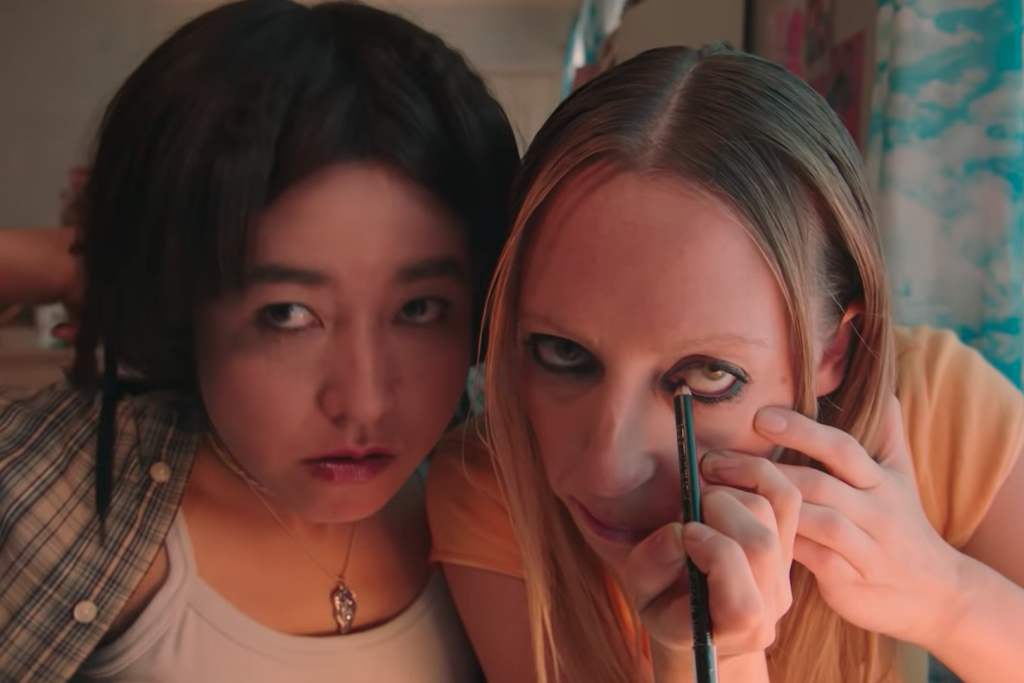 On the surface, new Hulu show pen15 is exactly what it claims to be: A comedy about the traumatically embarrassing things that can happen in the seventh grade. There’s not much unique in its nature until you find out that show creators Maya Erskine and Anna Konkle are women in their 30s who also play the two main characters — 13-year-old versions of themselves.

On their first day of seventh grade in the year 2000, Maya and Anna are jumping into the newfound awkwardness of middle school. When I began this show I expected over-dramatic and unrealistic portrayals of middle school from writers who had forgotten what it was really like. Instead, watching this show was like having my most embarrassing middle-school memories yanked from deep in my psyche. It was simultaneously painful and hilarious.

If you can force yourself through reliving the petty arguments and weird discoveries from your tween years, this will be one of the best shows you’ve seen in a while. Watching two adult women play seventh-graders quickly becomes more than just absurdity. Instead of laughing at child actors who won’t know how awkward their lives are for years to come, we’re laughing at a genuine depiction of our middle school experiences by watching Maya and Anna relive them.

Some of the conflicts in the show (catfishing pedophiles online, smoking weed out of an apple, or deciding to wear a stolen thong for the first time) are strictly about middle school, but most of the show is about how we change less than we think we do.

Maya has to deal with everyone, including Anna, viewing her differently for being Asian. Anna has to live with her parent’s constant fighting, which Maya can’t relate to or understand. The two girls have no idea how to not make everything about themselves. And even when they do realize that they are the problem, they have no idea how to fix the issues caused by their selfishness.

Although Maya and Anna love each other, they often betray their friendship for superficial reasons. It doesn’t feel too strange to see the behavior coming from adult actresses. The show reminds us that we are emotional creatures, even if we’re typically a little more restrained than most middle-schoolers.

[Read more: Review: ‘Eighth Grade’ is a coming of age movie for the modern age]

Erskine and Konkle are such good actresses that what seems like an absurd joke in the first few scenes very quickly leads you to forget they’re not real middle schoolers. Performances by the rest of the cast — played by actual tweens — meshes perfectly with the two main performances. The mean girls legitimately scared me. The popular boys were even more lame than I remember. And older brother Shuji (played by Dallas Liu) was such a good actor that he seemed ages older than his adult little sister Maya.

The show presents a friendship that we cheer for. At first it may seem silly that they want to do everything together — first kiss, first cigarette, first shave — it reminds us of how important it is to have someone who really knows you, someone with whom you can be silly. It reminds us of the importance of having someone to whom we can say “don’t leave me” when things get tough. Maya and Anna aren’t always there for each other, but when they are it’s what makes everything else count.