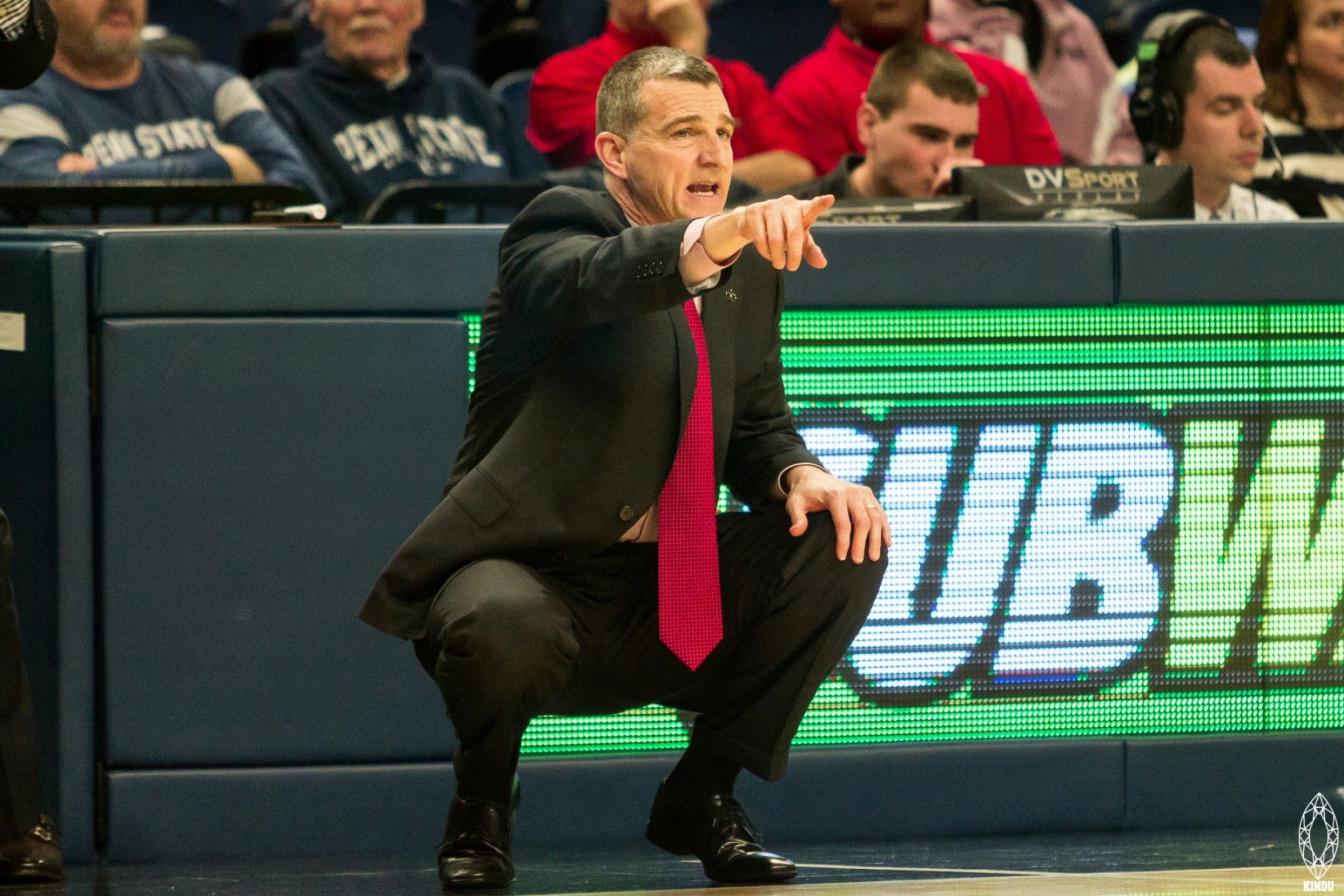 In the Maryland men’s basketball team’s last game, coach Mark Turgeon’s squad waited until after halftime to separate itself from Division III Catholic.

After eight days off, the Terps returned to Xfinity Center for their fourth consecutive home game and earned a much more convincing victory over Fairleigh Dickinson, leading by 23 points at intermission and cruising to a 75-50 win to move to 11-3 on the season.

Here are three takeaways from the victory.

A 3-pointer from Fairleigh Dickinson guard Jahlil Jenkins pulled the Knights within 20-19 with 9:53 left in the first half.

Maryland responded with a 24-0 run, holding the Knights scoreless for more than eight minutes and erasing any hopes of an upset.

“Obviously that was the difference in the game,” Turgeon said. “That was good to see. We were good in all phases during that stretch.”

Turgeon said the team “lost interest” after halftime — only winning the second half by two points — but its first-half performance gave it plenty of cushion.

The stretch also helped the Terps accumulate eye-popping first-half stats, including a 71.4 percent field goal percentage and a 75 percent clip from beyond the arc. Guard Kevin Huerter (12 points, 15 rebounds and eight assists) drained a pair of 3-pointers during the run, while guard Jared Nickens drained his third triple of the half.

“A game like Catholic … we weren’t happy with the way we played,” Huerter said. “When we came to this game, we wanted to come and bring our own energy.”

The Terps defense forced four turnovers during the span and closed the period on a 26-4 run, doubling up the Knights at the half, 46-23.

“We had 11 straight stops in there,” Turgeon said, “and then we made shots.”

2) Maryland continues to use its nonconference slate to get healthy

Turgeon said Jackson’s injury is not a long-term concern at this point.

“He’s getting better … he’s getting more confident,” Turgeon said. “We’re fortunate that we’re able to rest him during this time [of the schedule.]”

Jackson’s struggled throughout this season, and his NBA draft stock has taken a hit due to ice cold shooting. The Toronto native is averaging 9.8 points in his sophomore year, down from 10.5 in 2016 despite the departure of guard Melo Trimble, who paced the team in scoring last year.

Wiley, who also has an extensive injury history, sat out the Catholic game with an illness Turgeon described as “a cold or something.” The junior was on the bench Thursday, however, after not being in the building against the Cardinals.

Turgeon and Huerter said the Terps’ injuries have helped them develop bench players that could help out when they return to conference play, beginning Jan. 2 against Penn State.

“If we can get healthy and stay healthy,” Turgeon said, “we’ll have some pretty good depth, guys that all feel comfortable in the game.”

When Fernando dragged himself off the court grabbing his right ankle Dec. 7 against Ohio, it looked like Maryland’s season was in danger of being derailed.

The freshman has been a huge part of the Terps’ success this year, averaging the most minutes of any of Maryland’s big men and providing big boosts of energy and strong work on the glass.

Fernando eventually limped off under his own power, however, and returned to action Thursday against the Knights. The Angola native showed few lingering effects of the injury, scoring 11 points and grabbing eight boards in 23 minutes.

“It was great to see Bruno get extended minutes tonight,” Turgeon said.