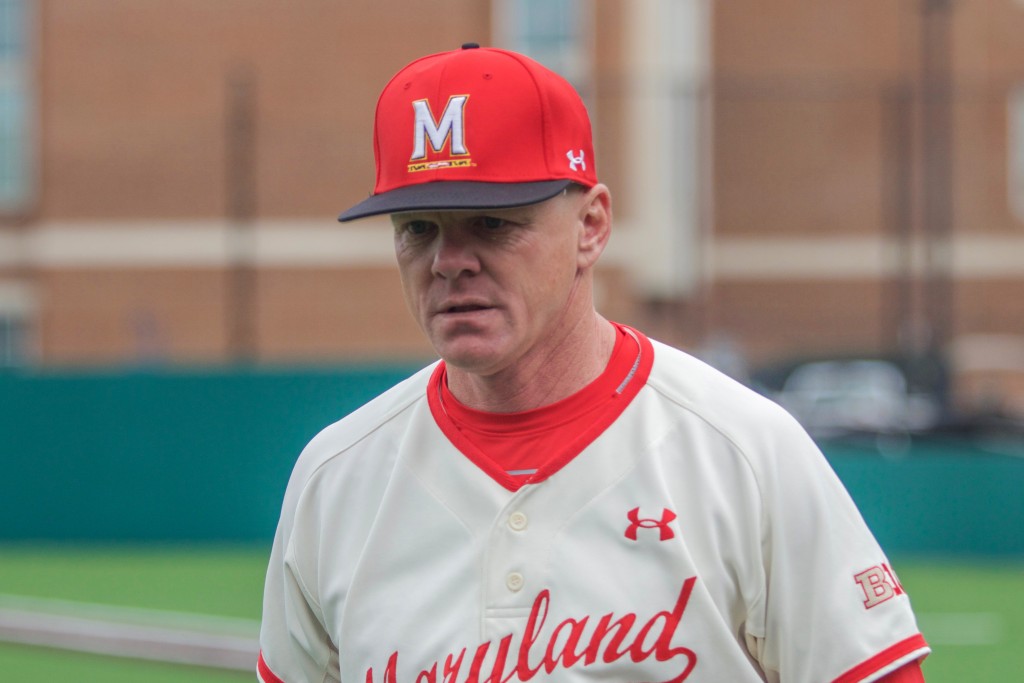 Maryland baseball coach John Szefc said he’s played at Nebraska five times in his coaching career, and the latest stop in Lincoln was the Terps’ first series loss since LSU swept them in the second weekend of the season.

While Szefc and right fielder Marty Costes noted the environment this weekend was one of the most challenging the Terps have experienced, the fifth-year coach’s most recent loss to the Cornhuskers resulted from Maryland’s second short start in as many days.

Right-hander Taylor Bloom couldn’t escape the second inning in Maryland’s 8-5 win Saturday, and left-hander Tyler Blohm was pulled after 4 2/3 innings in the Terps’ 8-4 Sunday loss, the first time this season Maryland has had a series-deciding game in the final outing of a set.

“It would have been nice to win that series,” Szefc said. “We leave with a sour taste in our mouth. We’re three league series in with five to go, and I feel good about where our guys are at.”

Though it seemed Blohm would settle in after first baseman Ben Miller’s RBI single to left field in the first gave Nebraska its first lead of the afternoon, he couldn’t work around a double and walk in the fifth. Over 4 2/3 innings, he allowed four runs (three earned) and six hits while walking two and striking out three.

Despite the length, Szefc said it was one Blohm’s best starts of the season and enough to keep Maryland’s offense in the game against left-hander Jake Meyers, who was dominant over 7 1/3 innings.

“It was just back and forth,” Costes said. “I can’t really fault anyone on our team for our performance. They made our pushes, we made ours … Some of the hits dropped for them and didn’t drop for us.”

Meyers held Maryland to just a run in the fourth, when center fielder Zach Jancarski opened the frame with a double. But Costes capitalized on Jancarski’s leadoff double in the sixth, cutting Nebraska’s lead to 4-3 with a two-run home run to left field.

“Everyone was pretty locked in,” Jancarski said of the offense’s approach. “One of those grind it out games, even when we were down. It was only a matter of when we were going to come back. Unfortunately, it never happened today.”

Costes’ home run was all Maryland’s offense produced until the ninth, when a late rally fell short. Until right-hander Mike Rescigno held Nebraska off the board in the seventh and eighth, the Terps’ bullpen struggled.

Right-hander Jared Price and left-hander Tayler Stiles combined to allow two runs over an inning, and right-hander Jamal Wade lasted 1/3 of a frame after allowing two runs, walking one and hitting a batter.

So, by the time AJ Lee managed an RBI single in the ninth, the Cornhuskers had built a five-run advantage.

“This weekend is definitely going to benefit us in the long run,” Jancarski said. “Great arms, pretty hostile environment. It didn’t turn out the way we wanted it to.”

After the then-No. 5 Tigers swept the Terps in Baton Rouge, Louisiana, in February, Szefc’s squad won 18 of its next 21 contests. Following its first Big Ten series loss of the season, Maryland anticipates the defeats to the Cornhuskers might spark another streak.

“The outcome wasn’t exactly what we wanted,” Szefc said. “I really think Nebraska is one of the toughest places in the country to play … I think this weekend will make us better.”