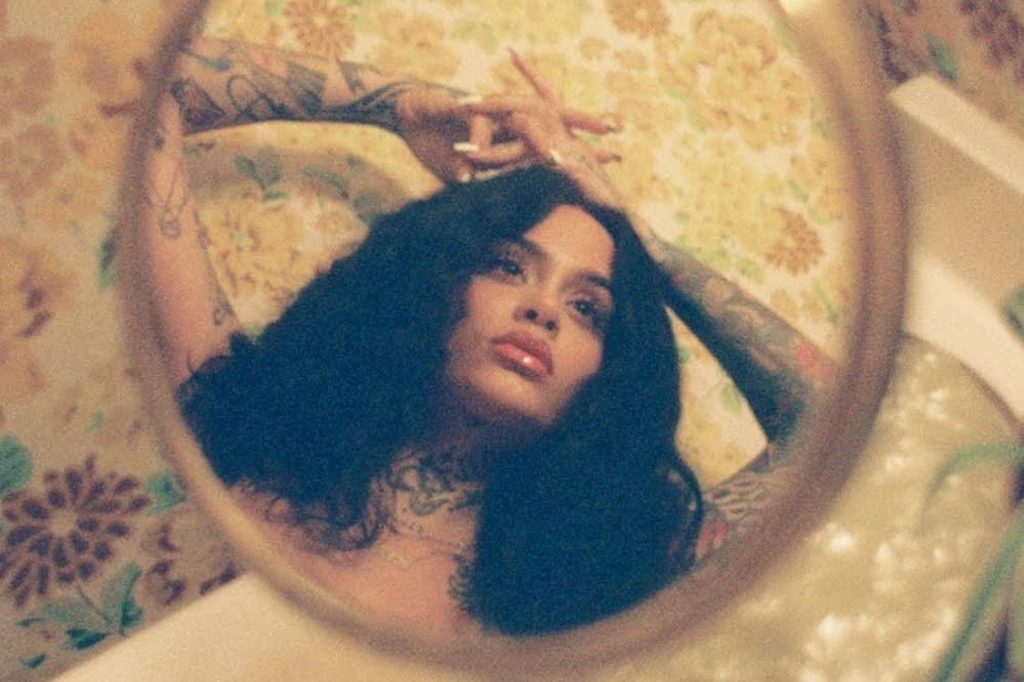 Cementing herself as a staple among today’s R&B heavy-hitters, Kehlani dazzles, baby bump and all, on her newest mixtape, While We Wait, her first full project since her 2017 debut album, SweetSexySavage.

From the peaceful, poetic opener, “Footsteps,” to the groovy trills and bells of the closer, “Love Language,” Kehlani effortlessly traverses the range of style within R&B.

While We Wait never really fumbles across its nine tracks, but a few tracks do shine a little brighter than others. “Morning Glory” is a delightfully upbeat ode to self-love and natural beauty, as she coos: “If you don’t want me at my goodnight/ then you can’t have me at my morning glory.”

Another standout is “Love Language,” a sultry, tropical-sounding song about yearning to familiarize yourself with a potential love interest. The delicate syncopation and Kehlani’s silky smooth rap-singing on each verse allow While We Wait to end on a soaring note.

While “Footsteps” isn’t the most energetic of an earworm, the opening audio of lapping waves and Musiq Soulchild’s soft crooning make this a keen choice to top the tracklist.

The lead single “Nights Like This,” featuring Ty Dolla $ign, fits the typical mold of radio-friendly R&B, with the familiar theme of pining for someone you can’t have, a mid-tempo beat and an oddly short rap feature. The song doesn’t disappoint, but it doesn’t electrify, either.

Other singles from the mixtape are “Butterfly” and “Nunya,” featuring Dom Kennedy. “Butterfly” exhibits the versatility of Kehlani’s vocal range as she intentionally restrains her falsettos to convey her desperation to see her partner be their true self. Even the spitfire rap closing the song is done in a whisper, an expert touch to make this track’s theme truly resonate. The message of “Nunya” couldn’t be clearer: Stay out of Kehlani’s damn business. Her vocals are so pleasing to listen to, you almost miss the savagery of her lyrics.

The remaining tracks include the majestically well-paired duet of “RPG,” featuring 6lack, the authentically funky “Feels” and the simple, yet fun “Too Deep.”

None of the nine tracks fall flat, proving that less can often be more. Instead of fattening up her tracklist to increase her chances of landing on the charts, Kehlani opted to maintain the quality and integrity of the songs she did include, and the project is all the better for it.

In just over 30 minutes of material, Kehlani outdoes herself on her impeccable fourth release. She doesn’t feel the need to innovate with her sound, but instead with her artistry — she demonstrates how much time and precision she put into each song and creates a project that is cohesive and compelling.

Kehlani’s highest charting Hot 100 song is as a feature on Cardi B’s “Ring” — While We Wait is a firm, emphatic declaration that Kehlani deserves the attention and recognition of not just R&B listeners, but every facet of the music industry.