Review: J. Cole’s ‘4 Your Eyez Only’ is a masterful narrative 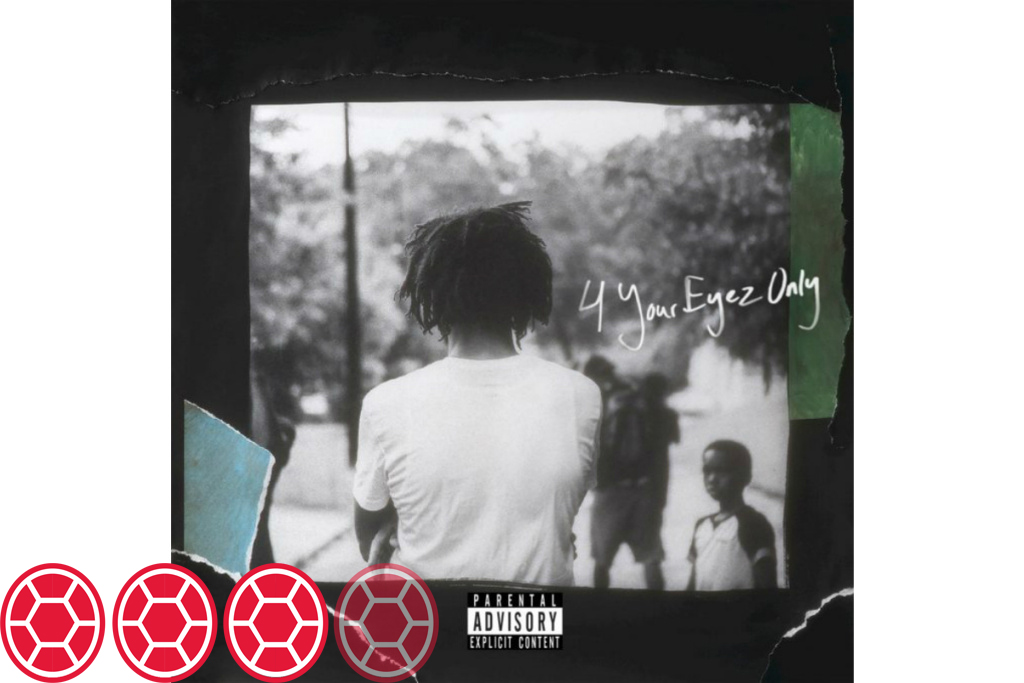 Fayetteville rapper and Dreamville Records founder J. Cole weaves a powerful story on his newest project, 4 Your Eyez Only, which dropped Friday.

The album is very different from Cole’s previous studio records Cole World: The Sideline Story, Born Sinner and 2014 Forest Hills Drive, but make no mistake, this is J. Cole at his finest. He creates a narrative on 4 Your Eyez Only, and while it might turn away some listeners, it succeeds in connecting with his core fan base.

Cole’s story telling is at the forefront of this album; he tells the entire narrative from someone else’s perspective. He raps about someone else’s life, despite the parallels between his life and the story he tells.

Many will try and make the argument that Cole’s fourth studio album is boring because it lacks the bass heavy tracks that fans are used to from 2014 Forest Hills Drive. But that isn’t the point of 4 Your Eyez Only. Cole’s newest album is meant to tell a story, and it does so well.

Much of 4 Your Eyez Only follows a narrative — the story of a black man’s life in America, told from multiple life perspectives. Cole looks at childhood on “Immortal,” rapping about dealing drugs and experiencing death from a young age.

He continues the timeline into adulthood. It is in this part of the album that he raps about falling in love (“She’s Mine Pt. 1”), having a kid (“She’s Mine Pt. 2”) and losing people that you are close with (“Change”).

“Change” is also the song that introduces listeners to James, the person whose perspective many fans think the album is told from.

Cole raps from his friend’s perspective, “write my story down and if I pass/ Go play it for my daughter when she ready/ And so I’m leaving you this record for your eyes only,” showing that he has passed and this is the record that he left behind.

Rapping this entire album from someone else’s perspective is no small feat, and Cole does it with precision and care. He also has some level of production credits on all of the songs, showing the level of care that he put into not only the verses on the album, but the beats and melodies too.

Cole makes the beats simple and jazz heavy in an effort to make the verses more prominent throughout the album. Cole is telling a story here, and he wants the listener to know it, so he makes the words the center of the songs. By making slower, simpler beats, Cole makes the story he tells and the album feel more genuine.

Throughout the album there are a number of themes present in the narrative that Cole tells. A large part of the album focuses on death and mortality. Cole also shows optimism by focusing on the good aspects of life and love on tracks like “Foldin Clothes” and “She’s Mine” parts one and two.

There is one song on 4 Your Eyez Only that strays from the narrative. “Neighbors” provides a taste of old Cole as it is more similar to the songs from 2014 Forest Hills Drive, the upbeat tempo makes the song fun to listen to and one of the best on the album.

We don’t know if there is any truth to the picture that Cole paints with his storytelling. We don’t know if he actually had a friend who wanted to leave a tape like this to his daughter, but the story that Cole tells is important nonetheless.

He tells a story of struggle, love and of changing oneself for the better, and he does so from the perspective of a different person. While many people won’t like the album for its slow beats and lack of radio hits, it is important to recognize the artistry that Cole put into 4 Your Eyez Only.