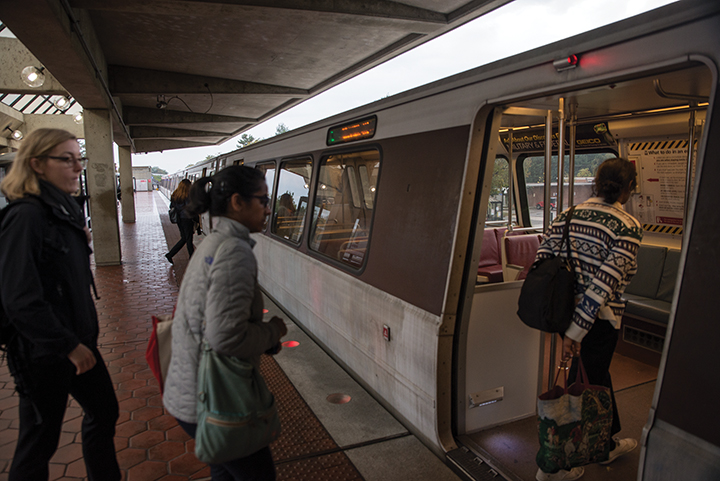 Five Orange Line stations in Maryland and Washington will shut down for about a month for SafeTrack repairs, Metro officials announced Friday.

Starting on May 16, five stations — New Carrollton, Landover, Cheverly, Deanwood and Minnesota Ave — will close until June 15, according to a WMATA news release. Buses will replace trains while they are out of service.

The full shutdown comes after WMATA initially planned for a long single-tracking zone along this stretch, WTOP reported. But significant track problems in the area led officials to implement a 24/7 work zone.

[Read more: The College Park Metro will close for two weeks in April as part of SafeTrack construction]

In addition to the station closures, WMATA will reduce service along the Orange and Silver lines, the news release said. Blue Line service will not change during the surge.

The project is part of Metro’s SafeTrack program, a 16-part plan to improve Metro’s safety and reliability, launched after years of deferred maintenance led to several breakdowns and delays. The plan is scheduled for completion in June 2017.

The Orange Line’s shutdown is one of SafeTrack’s final surges. The last scheduled surge will occur sometime in late June, shutting down the Red Line between Shady Grove and Twinbrook and closing the Shady Grove and Rockville stations, according to the news release. The date and length of time of the closure has not been announced.

WMATA closed the College Park and Greenbelt stations between April 15 and April 29 for construction as part of SafeTrack’s Surge 14. The University of Maryland’s Department of Transportation Services provided students with a shuttle to the Prince George’s Plaza station during the closure.