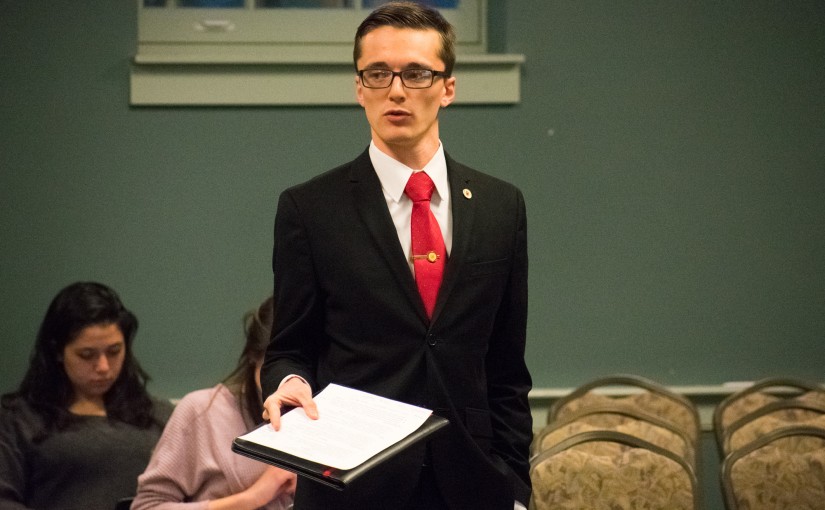 The University of Maryland’s RHA Senate met Tuesday night to vote on funding a bike-share program and hear platforms of presidential and vice presidential candidates running for next year’s executive board.

Aaron Abshire, a freshman enrolled in letters and sciences and head of the Residence Hall Association’s Transportation Advisory Committee, proposed a resolution supporting a Department of Transportation Services’ request to fund mBike, an on-campus bike-share program. The proposal passed in a 37-0 vote.

Students currently receive mBike access if they pay for the service, but this proposal would make them available to all students regardless, Abshire said. DOTS is requesting $300,000 from the Student Facilities Fund for a three-year contract allowing free mBike membership for all students, according to the proposal.

“This project would have a huge impact on residential students by offering a free amenity to all students — access to mBike,” Abshire said.

Students pay an annual fee to back the Student Facilities Fund, which will be supporting the resolution, said junior Rick Mikulis.

“This is the best proposal for this use of money I’ve ever seen,” said the government and politics and management major.

Reichard said he is taking on an action-oriented stance, and if elected, will create initiatives that are more than just ideas.

“I think personally and as an organization … we have really great ideas, but we don’t always know the actionable steps that we will take to get there,” Reichard said.

Gallion, who currently sits on the executive board as chief information officer, said he aims to further define the RHA brand and expand its message throughout the campus community.

“Our website and logo need to be redesigned,” he said. “These are good opportunities to better promote RHA goals and our brand across campus.”

“By hosting activities and workshops throughout the year that allow our members to explore their leadership strengths, they can learn how to apply skills learned in RHA to other aspects of life,” Gallion said.

The Senate will officially elect its new president and vice president on April 10.

CORRECTION: Due to a reporting error, a previous version of this story misquoted Benjamin Reichard, an RHA vice presidential candidate. This story has been updated.