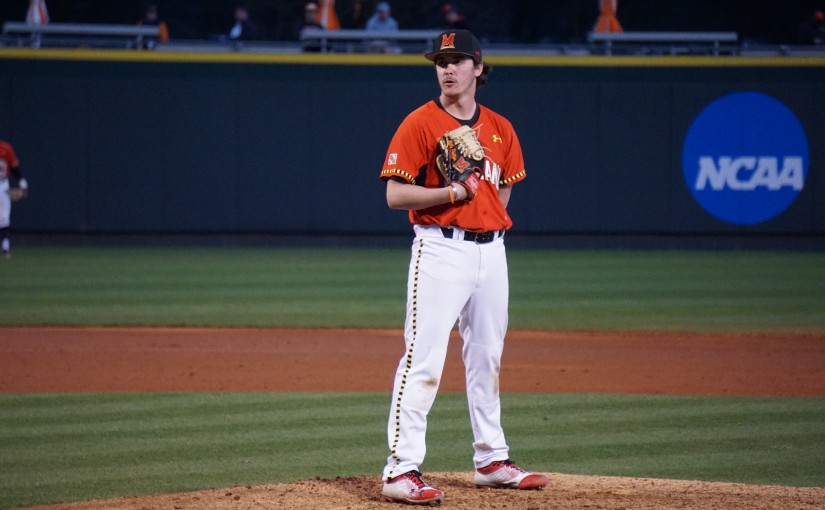 Billy Phillips wasn’t the pitcher he used to be, and he knew it.

He arrived at the nearly empty stadium in Bridgeton, New Jersey, last spring without baseball pants or a jersey. He hadn’t taken the mound in three years, and he wasn’t expecting to pitch that day for the semi-professional Gildea’s Raiders. He didn’t have the bite in his fastball or control of the zone that had led Maryland baseball to offer him a scholarship in 2014.

But Phillips hoped this obscure summer league stop would help him eventually bounce back from a leukemia diagnosis that one friend said “knocked him on his ass.” A two-time state champion in high school, Phillips had been the top-ranked left-handed pitcher in Delaware a few years earlier.

As Phillips warmed up with catcher Joe Singley before the game, Raiders coach Bob Gildea asked Singley how he looked.

“You should throw him out there right now,” Singley replied.

Phillips received pants from another player and an extra jersey from the dugout. Then he trotted onto the field.

And he was shelled.

“He wasn’t hitting his spots,” said Cody Hoesterey, a lifelong friend who was at the game. “It was not the normal Billy Phillips.”

Still, it signified another step toward his collegiate debut for Maryland nine months later against Tennessee, as well as his Tuesday homecoming against Delaware.

Amid his disastrous performance, he turned to his mother, Michelle Phillips, in the stands and shrugged. Phillips couldn’t wipe the smile from his face after reaching the dugout. After all, he felt much better than he had while cheering for the Terps from a hospital bed during the 2015 Super Regionals.

“It was definitely something I needed to get done,” Phillips said. “It was to kind of break the seal.”

Phillips was at the bottom of the dogpile, and the rain had just started.

When Phillips induced a flyout to right field to win the 2012 Delaware state baseball championship, he remembers the sky opening up. His father, Bill Phillips, wasn’t there to see the on-field celebration. He died the year before from prostate cancer. But Billy Phillips and his mother believed the raindrops were happy tears from the man who inspired his baseball career.

Phillips said he had his father in mind “the whole time” as he secured the first of his two state titles at St. Mark’s High School with a complete game. He was only a freshman.

“We felt his dad was looking down at him,” Michelle Phillips said. “Tears from heaven.”

Growing up, Billy Phillips looked up to his father, a former pitcher at Harford Community College and minor leaguer with the Los Angeles Dodgers’ and Chicago Cubs’ organizations.

Every day after school, they would go to the park and hit baseballs. When Phillips rounded third base after launching his first youth league home run, his father patted his helmet and said, “That’s my boy.”

“It’s just the classic father-son relationship. He tried to learn as much as he possibly could from Big Bill,” Hoesterey said. “Just about everything that he does baseball-wise can be related back to his father.”

Entering his senior year at St. Mark’s, Phillips had one more chance at a state title. After capturing championships in his first two seasons of high school, continuing the Spartans’ dynasty in Delaware, St. Mark’s lost to Caravel Academy in the title game of Phillips’ junior campaign.

He had recently committed to play for Maryland, and he had the chance to end his St. Mark’s career with a flourish.

But coach Matt Smith remembers Phillips struggling during an early-season indoor practice. Phillips felt pain in his hips and legs. His mother, having already lost her husband to cancer, took him in for blood work.

The verdict left more than his baseball career in jeopardy. Phillips was diagnosed with acute lymphocytic leukemia on March 10, 2015.

“There was a time that we weren’t even thinking about baseball,” Hoesterey said. “We were thinking more or less like, ‘Are you actually going to survive this?'”

But in his battle with cancer, Phillips brought the positive outlook his father taught him to have on the baseball field.

Soon after doctors informed him of his condition, he pumped his fist and said, “We’ve got this.” When Smith visited him in the hospital, Phillips told his coach that he’d have a quick recovery. He called his IV pump his “mamba,” referencing the term for Kobe Bryant’s mentality to remain strong through turmoil. The moniker was as much for his mother and brother as for himself.

“I always wanted to reassure to them that everything was going to be okay,” Phillips said, “even when I wasn’t doing real well.”

With his IV in his arm and mamba in his backpack, Phillips, his little brother, Matthew Phillips, and Hoesterey went to the baseball field near their house. Billy Phillips dropped the bag in the dirt and picked up a bat.

Chemotherapy didn’t limit Phillips as much as he’d feared, and after an extended bout in the hospital for treatment, he was eager to return to the diamond.

A bone marrow transplant in November 2016 set him back. He struggled to walk up stairs and was forced to take a number of medications.

Despite doctors advising him to get rest, he asked for dumbbells in his bedroom and wanted to play baseball after leaving the hospital.

“At one point they said, ‘It’s official, you are absolutely our most rogue patient,'” his mother said. “He’d come home, and he’d be all muddy, and I would be freaking out because the IV, you know, that goes right into the main artery that dumps into the heart.”

When Gildea, who once coached Phillips’ father, called last summer to convince Phillips to join his semi-professional team, Phillips didn’t hesitate. After his grin to his mother in the stands amidst a shaky first appearance back, Phillips showed improvement in his next outing a week later.

By the end of the summer, he was competitive enough to warrant a return to the Terps.

“That gave him a lot of confidence to hopefully do something this year for Maryland,” Michelle Phillips said.

Billy Phillips’ neighbor looked down into the visiting team’s dugout at Delaware’s Bob Hannah Stadium and called out his name.

Phillips turned around and saw the man he calls “Old Head” at the railing for the ramp leading into the stands. He ran over, climbed up the fence and gave him a hug.

When Phillips was sick, “Old Head” would buy him food. He made good on his promise to watch the pitcher’s first game back in the area.

Phillips’ family was there. Hoesterey, now a student at Delaware, attended with members of his fraternity. So did the current St. Mark’s baseball team.

“I’m just thankful now that I’ll be going to Newark, Delaware, to play baseball instead of for a check-up,” Phillips said before the game.

Phillips’ mother received a text that morning from a former little league coach who had heard a rumor that Phillips was starting the game. Phillips had thrown 3 1/3 innings to that point, compiling a team-high 10.80 ERA. Surprised, Michelle Phillips texted her son to confirm.

When Maryland established a 6-0 lead in the third inning, Phillips went to the bullpen to warm up.

But starter Mark DiLuia faltered in the fourth and the Terps’ lead slimmed to one. Phillips went back to the dugout and watched on as his former St. Mark’s teammate, Delaware left fielder Calvin Scott, tagged right-hander John Murphy for a walk-off home run.

That result didn’t spoil his homecoming. Not after he’d lost his father to cancer and later experienced his own life-threatening fight with the disease. He texted his mother to let her know how grateful he was to be back on a baseball field in Delaware.

“No matter what life has thrown at him,” Hoesterey said, “you can’t knock the smile off his face.”