The NFL was political long before Kaepernick took a knee 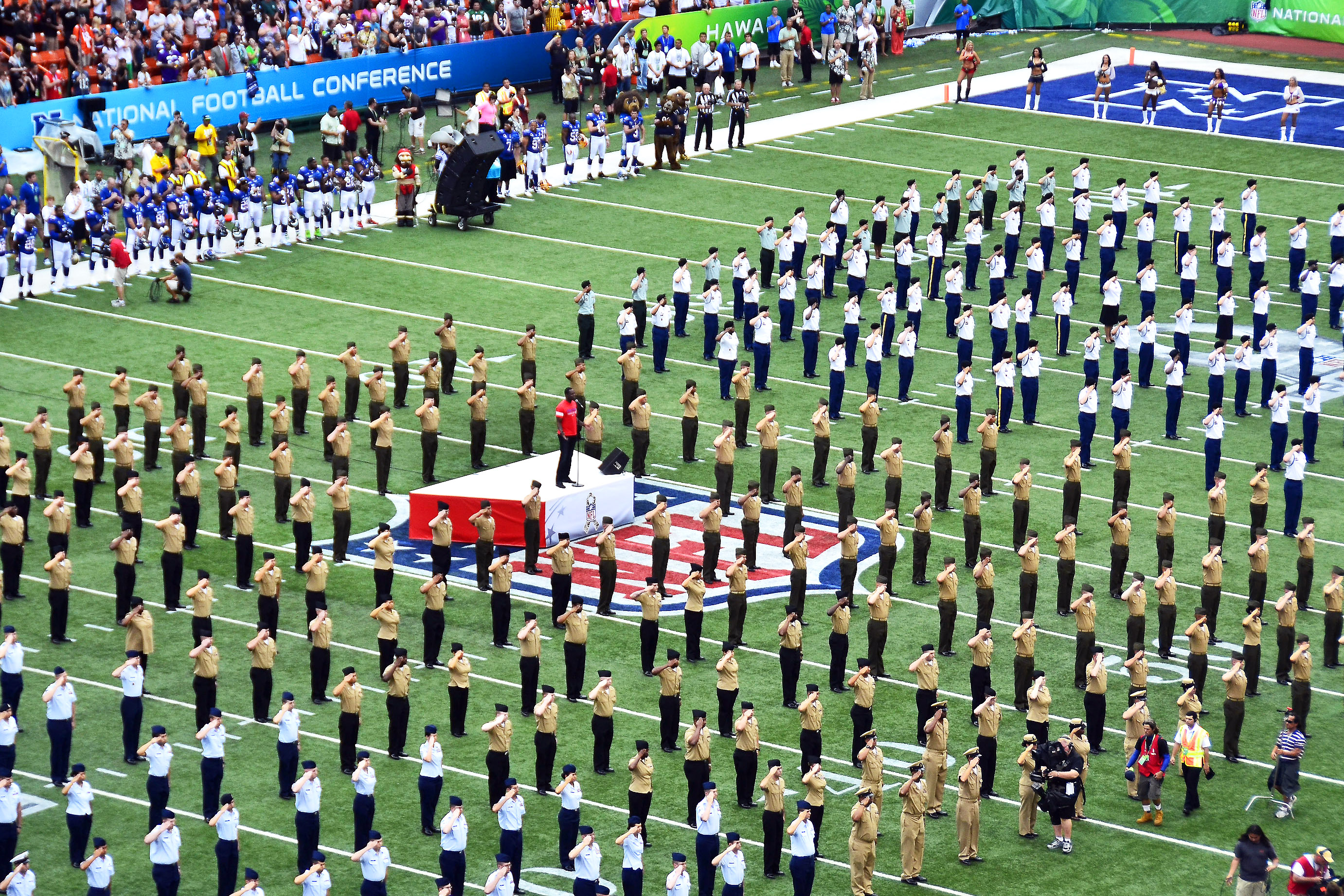 The intersection of sports and politics is dominating the news right now, thanks to President Trump’s crusade against NFL players. However, the NFL was smothered in thinly veiled, corrupted political pageantry long before Colin Kaepernick first took a knee during the national anthem in August 2016.

Paid patriotism is a term that was coined in 2015 following the discovery that the Pentagon spent $6.8 million for patriotic activity and tributes during professional sporting events. The NFL received about $6 million of that sum for “paid patriotism” events. These events took various forms. The Falcons allowed a member of the National Guard to sing the national anthem in exchange for government money. The Minnesota Vikings received government funding for the “opportunity” to sponsor a military appreciation night.

It is shameful that the NFL would accept money in exchange for an disingenuous patriotic event. Not only is this disappointing to those who have served in the military, but also to American citizens whose tax dollars funded these insincere displays of appreciation. The NFL did return about $720,000 to the government. But, will we ever be able to ensure that similar gestures are not spectacles borne out of corporate greed? These deceptive dealings give us the right to be a little suspicious.

The paid patriotism scandal gave people a good reason to distrust the NFL. It is especially important to remember this issue when reflecting upon the national anthem protests Kaepernick made famous last year.

Kaepernick-inspired kneeling protests surged in the past week in response to Trump’s remarks criticizing players who protest the national anthem. Trump even went as far as to encourage that they be fired. Protesting players are human beings with the same fundamental rights all citizens are guaranteed in the U.S. Constitution. They have the right to peacefully protest, and they shouldn’t be losing their jobs over it.

In fact, NFL players didn’t regularly stand for the national anthem until 2009. Instead they stayed in the locker rooms, preparing for the game. It wasn’t until military organizations began offering the NFL money that players were expected to stand on the field for the anthem. This was a marketing strategy aimed at making athletic organizations appear more patriotic to the public.

Players must exercise their First Amendment rights as they see fit. Knowing that the Defense Department and National Guard dished out lumps of cash for artificial tributes makes the players’ protests all the more important. It is inspiring to see people standing up for their beliefs. It is empowering to witness people refusing to be controlled by financially compromised, unjust organizations. Players in the NFL must be allowed to exercise their rights without the influence of paid patriotism, and the government shouldn’t seek out synthetic support from players.

Sydney Wess is a junior art history and broadcast journalism major. She can be reached at swess@terpmail.umd.edu.