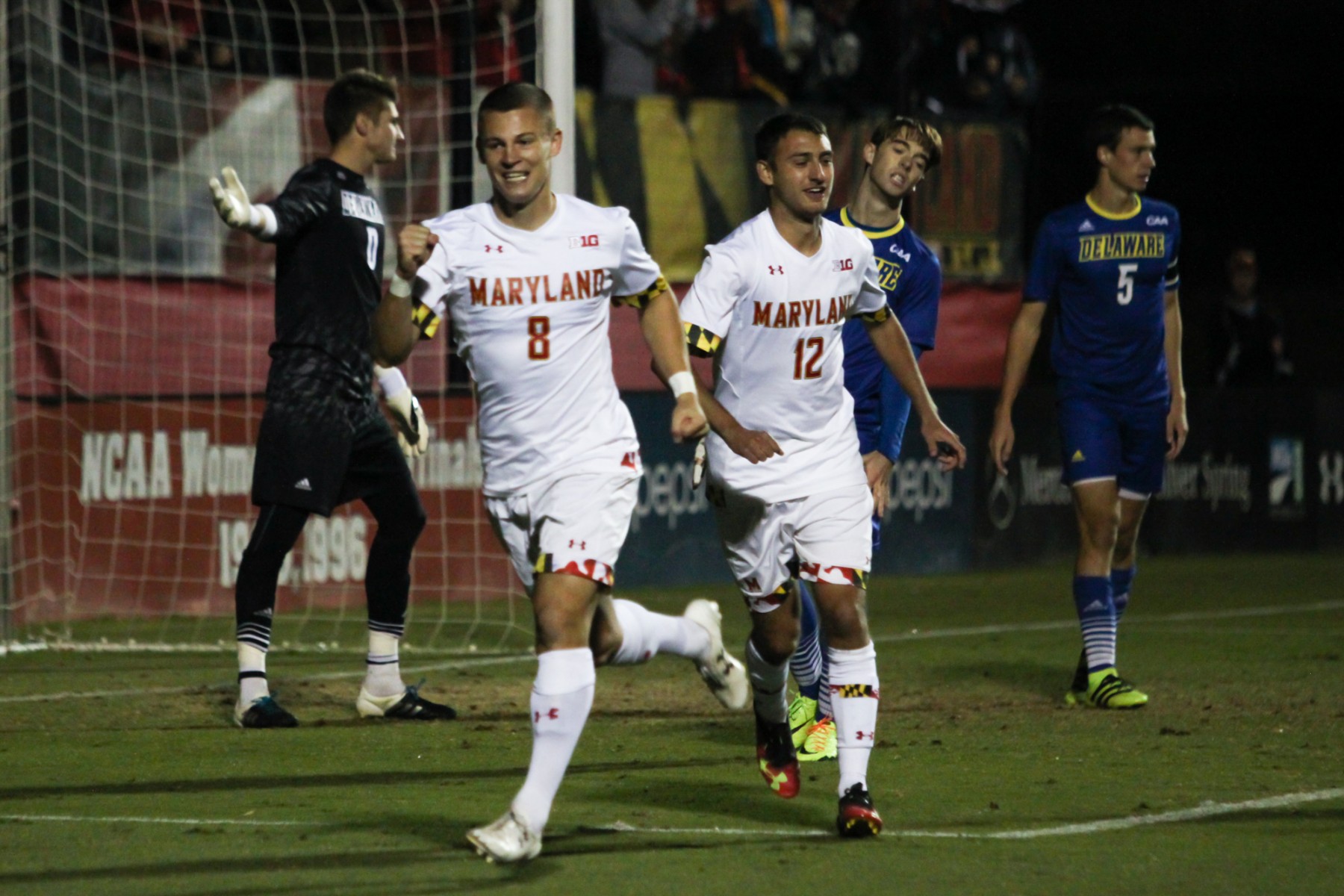 Former Maryland men’s soccer players Gordon Wild and Jake Rozhansky were selected in the second round of the 2018 MLS SuperDraft on Friday, with Atlanta United FC using the 37th pick on Wild and Columbus Crew SC taking Rozhansky with the 44th pick.

Wild scored 38 goals in three years of college soccer, starting with a 16-goal freshman campaign at USC Upstate. He scored 17 goals for Maryland as a sophomore and was on the preseason MAC Hermann Trophy watch list, given to college soccer’s best player, entering the 2017 season.

But the Cologne, Germany, native struggled mightily as a junior, scoring just five goals. He declared for the draft as one of six 2018 Generation Adidas players, who do not count toward their MLS team’s salary cap.

Rozhansky played two seasons at Virginia before transferring to Maryland for the 2016 season. He started 40 matches for the Terps over the past two years, totaling seven goals and 17 assists.

Last week, Rozhansky signed a deal with the Israeli Premier League club Maccabi Netanya that ends this summer, Columbus Dispatch’s Andrew Erickson reported. By drafting him, the Crew retain Rozhansky’s rights should he elect to play in the MLS.

The selections extend Maryland’s streak of having a player selected in the SuperDraft to 15 years. The third and fourth rounds of the draft take place Sunday. Maryland defender George Campbell remains on the board.