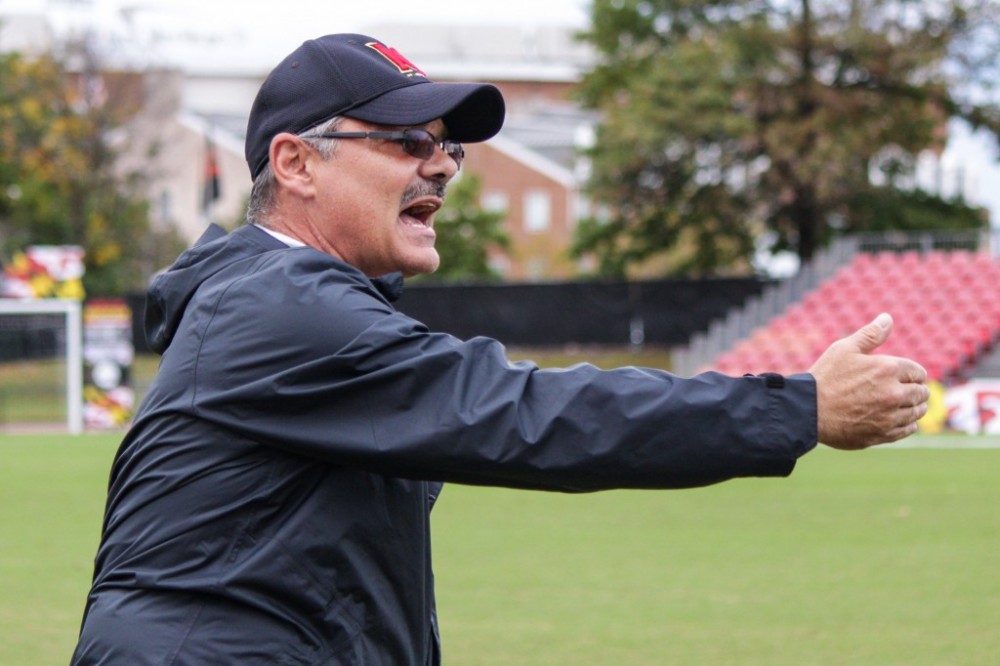 The Maryland women’s soccer team trailed after the first shot of the game Thursday night at Ludwig Field.

A cross was flicked on to forward Eleanor Gabriel at the back post, and she flashed in the opening score in the 16th minute. The Buckeyes doubled their tally in the second half to win 2-0. They became the third straight team to shut out the Terps.

“It’s hard for a competitor like myself and our team to see [the loss], but I could clearly see that we made great sides from our last weekend,” coach Ray Leone said. “We were just dealt a lot of bad breaks and today they played really, really well against a top-ranked team.”

The return of defender Jlon Flippens after a three-game absence with an illness did not quell the Terps’ recent struggles at the back. The initial flick came from forward Meghan Kammerdeiner, who had no defender marking her. Gabriel sprinted through Maryland’s defense, losing her marker as well.

However, after Ohio State (12-2-1, 7-1-0 Big Ten) scored, the Terps tightened up defensively. But they couldn’t get the offense going against a Buckeyes team that has allowed only six goals in 14 contests.

Maryland (7-6-2, 1-6-1 Big Ten) had difficulty producing final balls despite gaining possession as the match went on. They couldn’t produce a shot until Flippens fired wide as the first half came to a close

“Defensively, teams are doing well but also, we’re working on actually connecting the ball up top,” forward Jarena Harmon said. “If we do that better and we are more decisive, we’ll be able to put a couple in and turn things around.”

The Terps’ attack improved in the second frame.

“Almost definitely [the attack improved in the second half], just with combining in general and passing to our teammates,” Harmon said. “Actually calling for the ball and communicating with each other got a lot better, ergo, we were able to move the ball upfield and get some shots on goal.”

Coach Ray Leone said the Terps’ best chances in attack seem to arise from set pieces. However, the Terps took six corners and a few free kicks, but found no success. Leone said they had enough set pieces to get a goal, so it’s now an area in which they want to improve.

However, while the Terps couldn’t convert scattered chances, Ohio State took advantage of its opportunities. Gabriel scored again after a deflected pass fell to her in the 72nd minute.

The tally sealed the Terps’ fourth straight loss by at least two goals and their fifth shutout defeat in conference play this season.

Defender Julia New noticed solidarity among the team against Ohio State. Regardless of recent results, New is confident the team has the ability to rebound with three games remaining in the campaign.

“Despite the score, we can fight with these teams and we can contend,” New said. “We need to remember that we can give more than our past few games have shown.”