Review: ‘Remind Me Tomorrow’ mixes fresh and boring to create a mediocre album 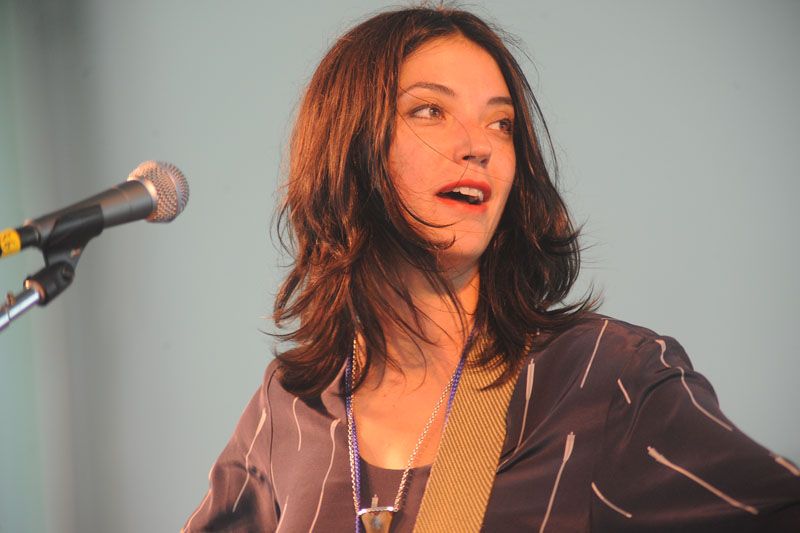 Remind Me Tomorrow, Sharon Van Etten’s first new album since 2014, has renewed her image as a fresh alternative singer. The album brings together modern beats and eerie melodies to produce a series of mellow, easy-to-listen-to songs.

Van Etten’s slow and sultry sound is alluring. While sad themes similar to those from her previous songs are still present, Remind Me Tomorrow has a gentler tone with less drawn-out ballads and more old-school sound than previous albums. Van Etten’s vocals are impressive; the album shows off of her range, but some songs are repetitive and forgettable.

“Comeback Kid” is an instant classic with something desperate and exciting to offer in its repetitions. Along with “Jupiter 4” it will worm its swinging melody and memorizable chorus into your head.

“Baby baby baby/ I’ve been searching for you/ I want to be in love,” Van Etten croons in “Jupiter 4.”

They’re easy anthems if you love ’60s folk, ’90s garage band vibes, ’00s alternative rock or all of the above. “I Told You Everything” and “No One’s Easy to Love” have less mass appeal but still impress thanks to Van Etten’s obvious vocal talent and rock star attraction.

The shining star of Remind Me Tomorrow is “Seventeen,” which finally delivers something different and unique to the album after lots of slow, sad songs. It’s reminiscent of some of her earlier music from albums such as Are We There and Tramp, with a mix of instrumentals and a more exciting vocal range, but it’s in tune enough with the other songs to flow cohesively with the rest of Remind Me Tomorrow. It’s more nostalgic than it is depressing.

From there, it’s mostly downhill. The majority of the album slides into a blur of house music, with songs like “You Shadow” and “Hands” glossing together with simple beats and sliding vocals. These songs aren’t bad, but they aren’t too impressive either. They weigh down the album with more slow music and a boring sound. You won’t want to listen more than once.

Van Etten has talent, and it shows. Every part of her music — the beat, the lyrics, the vocals — takes risks. An eclectic mix of classic and modern styles with an attitude that is uniquely her own makes Van Etten stand out among alternative musicians. Her pain-filled lyrics manage to come off as genuine, not as grown-up teen angst. There is some true rockstar mystique that gives her album an edge.

Remind Me Tomorrow has a couple of shining gems, but the music simply becomes too repetitive to make a truly great album. Van Etten is capable of great things, and this album is almost one of them.